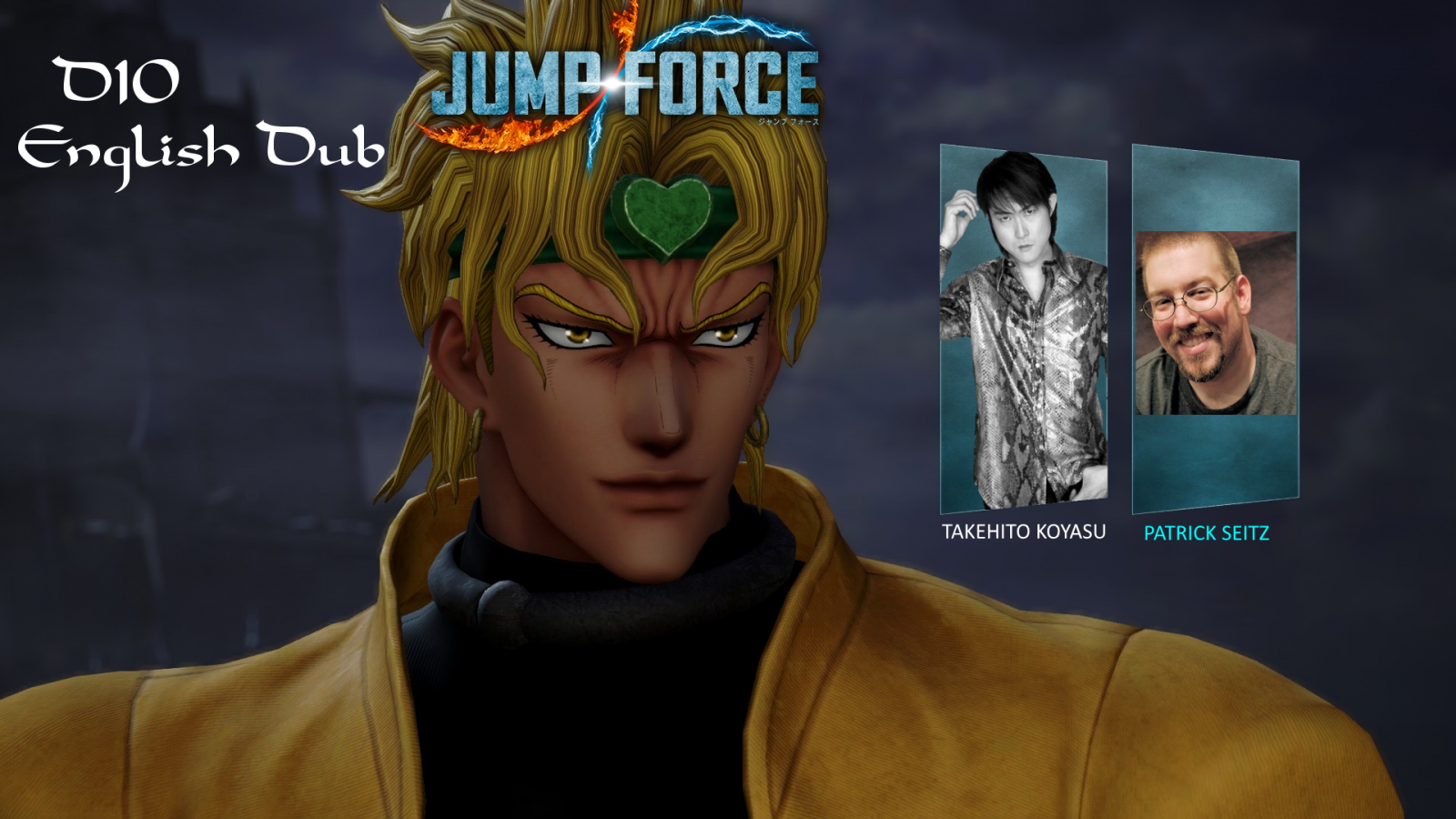 DIO, likely the only character in the roster that should be speaking English, finally has an English dub mod.

I kept starting him over so many times, you could call it "Bites the Dust"

Some lines do have a bit of noise in the background, now that DIO is done, I'm redoing parts of Jotaro, and once he's done, I'll likely go back and try to clean those lines up for DIO.

Majority of the lines were isolated from the Jojo anime, Phantom Blood and Stardust Crusaders. A few came from Fire Emblem Heroes, and the rest were from One Punch Man: A Hero Nobody Knows.

Special thanks to Joshdaboss123 for the OPM lines and DIO's line against Kurapika.

unzip folder and place in ~mods