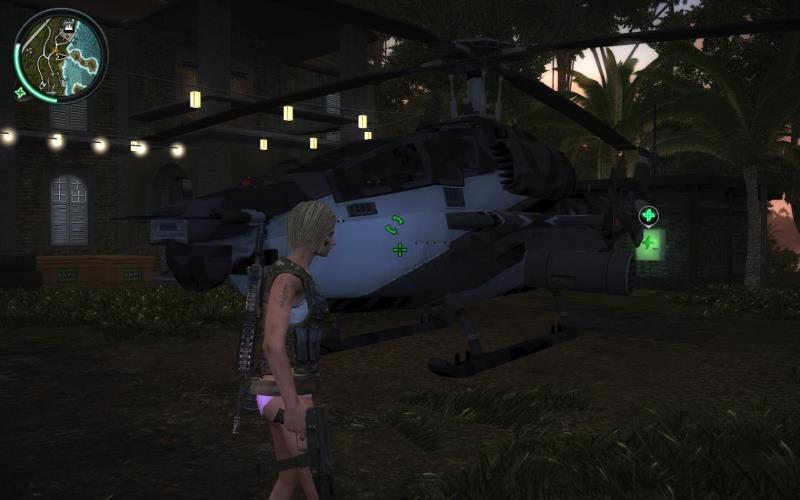 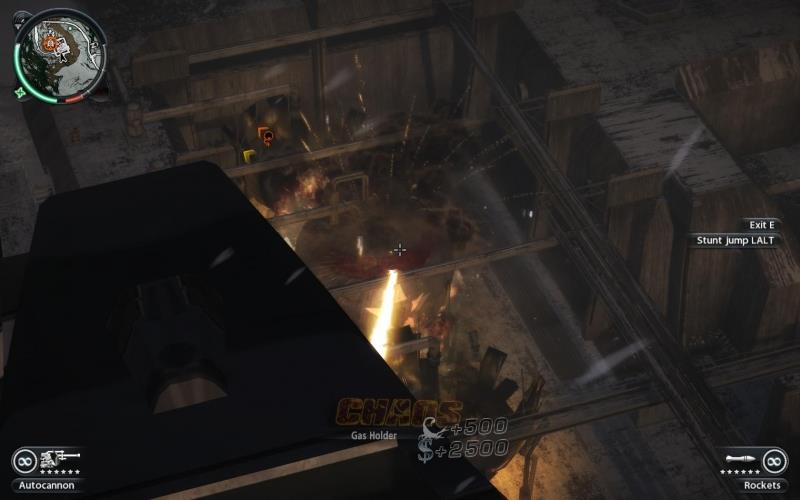 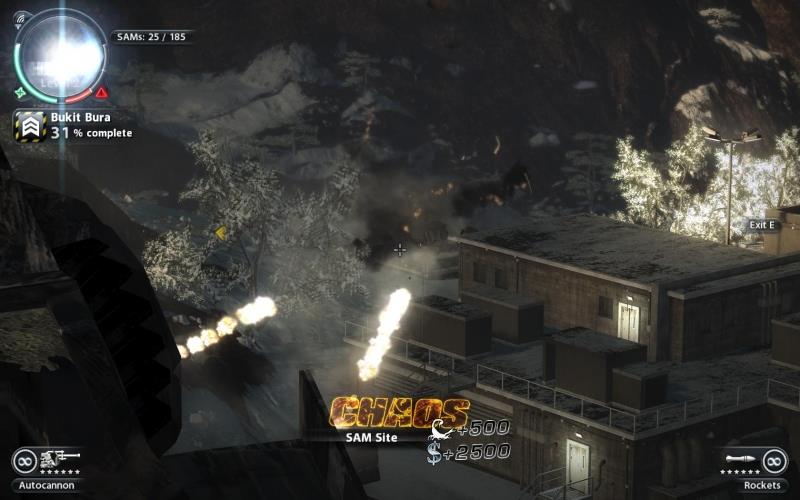 I've replaced it's rockets with the Dual Auto Cannon you find on the eclipse, the center gun was replaced by the auto cannon on the tank.

I've also given a HUGE increase in health, to the chopper, you can take at least 10 hits from SAM sites now while you loiter the area, raining down Auto Cannon death from above.

If I figure out how to exchange the rear view camera for a sniper scope (the rear view cam is useless to me) I'll upload that too, so you can "snipe" with the center slow firing auto cannon, to take out SAM sites and whatever else you want, and rain death and destruction with the other ones.

I noticed the center cannon fires higher than where your cross-hair may be, don't know how to fix it, but it isn't a huge problem to me.

Work in progress while I learn how to do this, I just started modding today.

Update: Now I included several options from you to chose from.

First of all, I included a camera mod, which replaces the rear view camera (The one you bring up when you press C or Right Stick in on controller) on air vehicles with a zoom in camera. For 360º weapons it works a treat, but for air vehicle weapons like the air vehicle auto cannon that can't turn all the way, you have to make sure your chopper is facing your target, and even then while you're aiming you can still move the chopper since left and right on the mouse are assigned to the rudders... :|.

I'll next try to find out how to increase how much certain air weapons can turn to engage. I know it's totally possible since I saw an AI chopper shoot missiles at me right from under it's ass.

Moving on... I included the havoc with 3 different weapon loadouts...

-All 3 points  with Air vehicle auto cannons (rapid fire ones)

These all go in your dropzone folder, whichever mod you chose.

Update 2:  Okay. All the guns now in all the loadouts behave like turrets (including the rockets) so you should be able to spin around the chopper and guns don't stay fixed forward. There are still several blind spots directly under/sideish, that can be avoided by not being directly above your target.The thing with the accuracy is, the guns aren't situated in the same spot, they are on different parts of the veh so they won't hit EXACTLY where you are pointing your cross hairs at in certain directions, this can be easily compensated.

This should be much more fun now and easier taking out targets with out the chopper moving your guns away! Also the body of the chopper still gets in the way some times, annoying, but I've yet figured out how to move the camera position down without having some adverse reaction. I've figured out zoom, but it's not that great when we still have the choppers body in the way.

Just a small one, visible deform rate is relaxed, so the Chopper can take more damage without deforming it's sexy body too fast. It'll make no difference however, if you use it the way I do (loiter a SAM infested area to blow shit up). Also a 33% increase in health.

The skin on it now is the skin from the AH-33, since giving credit to the author of the original skin I used was not enough, he also wanted to grant me permission. Personally even though it's not meant for this chopper, I like the way it looks now.

In the future when more values are unhashed by honorary Sir Gibbed, The camera will go more modification to give it even further flexibility. Also I'll look at the possibility of making a AH-1Z clone, turning the Hydras into some what hellfires.. No TV guidance obviously, but homing will have to do. Forum post for this mod is included, for discussion/ideas/requests/anger/complaints. Enjoy.

By request, I am combining my zoom in mod with the  "No Ragdoll, Stunt, CAC Combined" mod that was packed by Prof_Farnsworth. Credit for No Ragdoll goes to Prof_Farnsworth No Stunt goes to jehu, and No CAC (Camera Auto Centering) by Whitestar.