This mod changes textures of the Bavarium wingsuit and parachute to more storm like theme. There are still some cool Wingsuits to come in the near future so stay tune.

If you have any requests, ideas or questions regarding the mod feel free to share them in the comment section, i would really appreciate that. 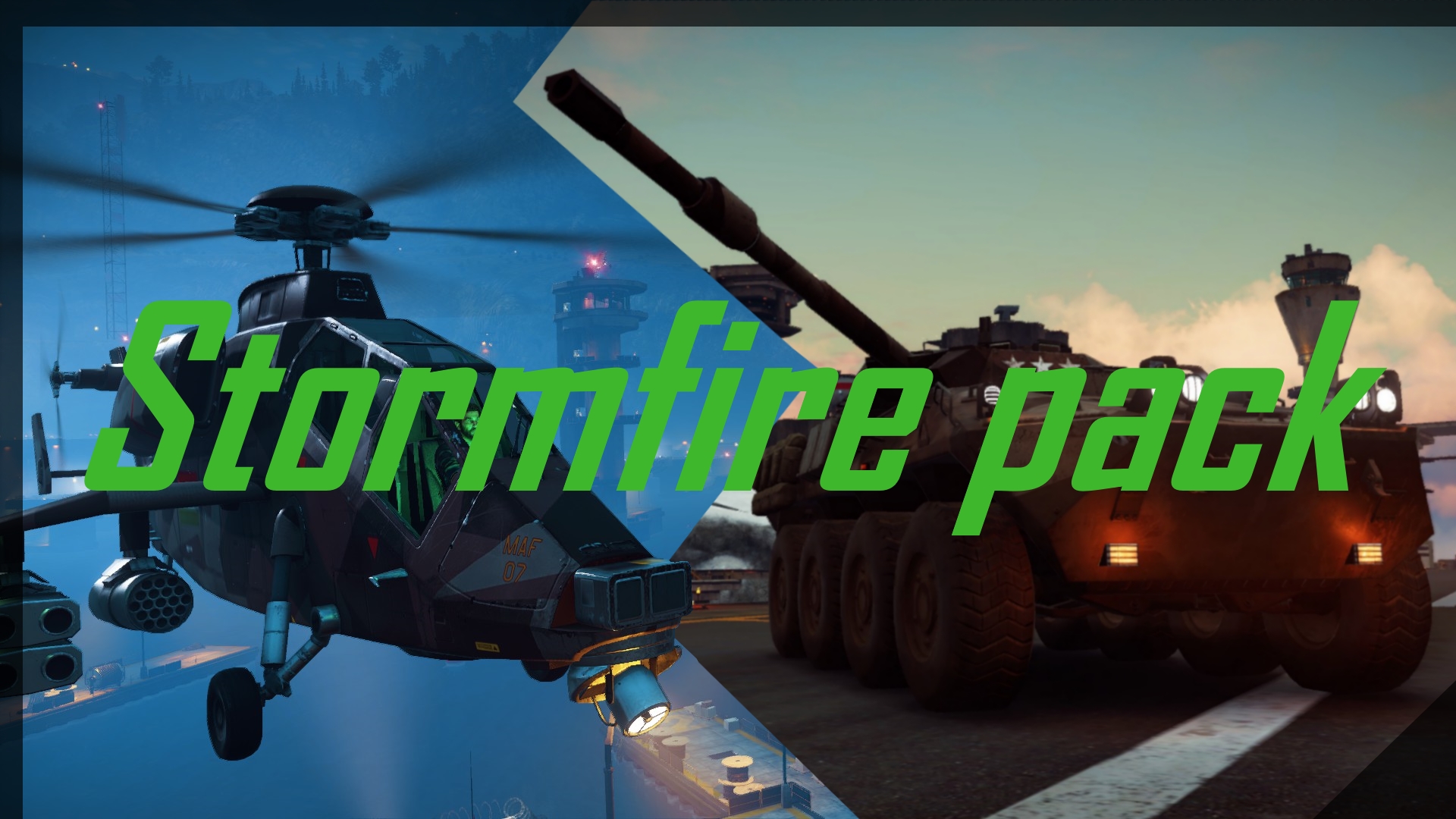 I also replaced the two pistols with the Typhoon and Urga Vulkan weapons, which are needed for the vehicles to work.

The tank does work without any vehicle or weapon loaded in before, in rare cases, they unload though, if not:

>>> In order for the tank to work if the weapons do not load, spawn in the Urga Vulkan weapon and the Stormhunter Helicopter, then the tank

>>> In order for the Helicopter to work, spawn in the Typhoon gun, then the helicopter

=> Want to play Just Cause 3? Online? With mods from me and others? Then feel free to check out my Freeroam Unlimited JC3MP server and it’s Discord, where you will get updates regarding Just Cause, get early infos about my mods and server updates! https://Discordapp.com/invite/efherxs