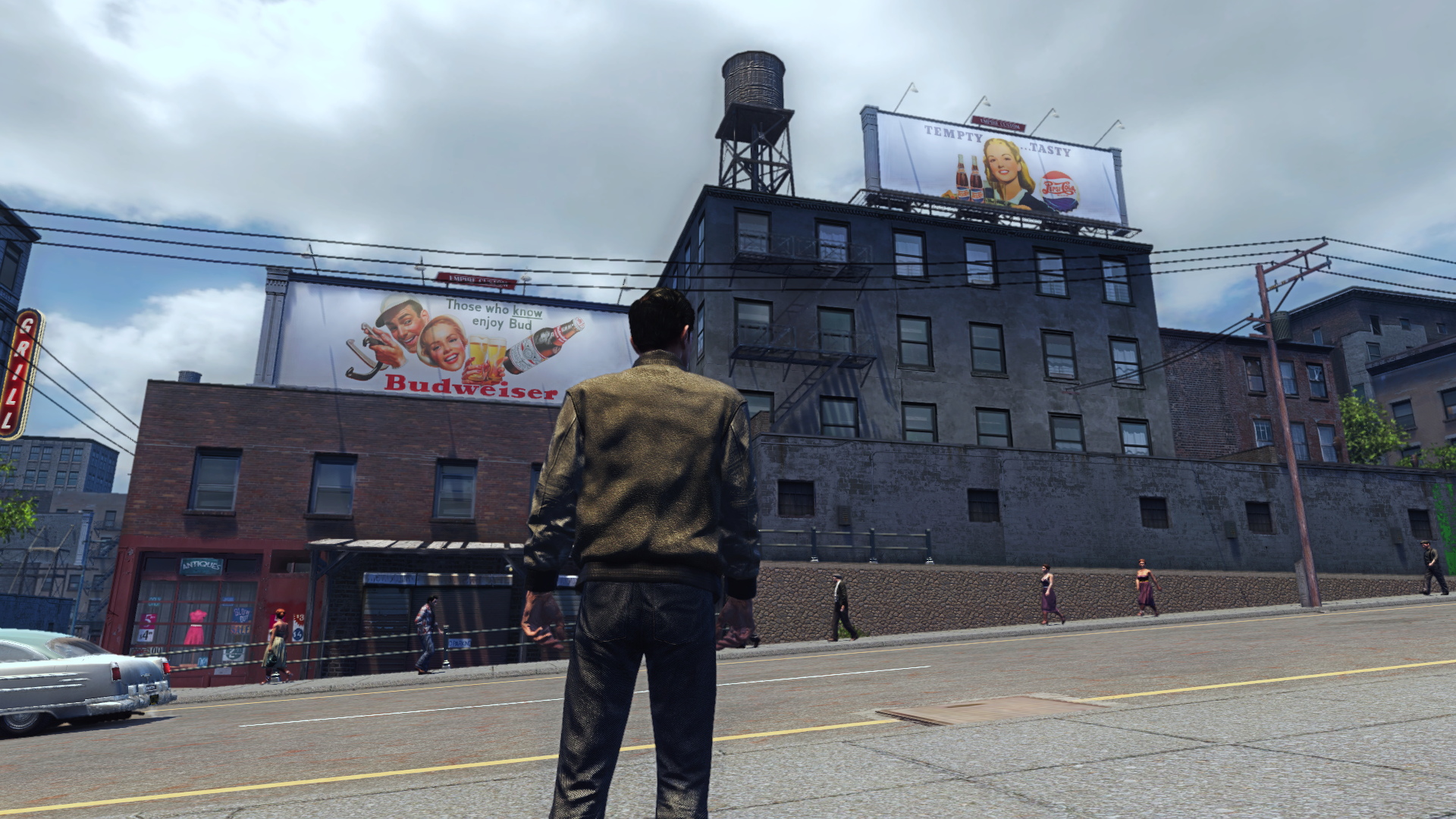 This mod does what it says on the tin. High quality real billboards for the 40s and 50s in Mafia. All of the adverts are either originals, or derived from. Quite a few billboards had to be modified and ‘kitbashed’ in order to fit Mafia II’s unique billboard length, but fear not, I ensured it all felt period correct, and was still derived from real advertisements. This mod will cover all billboards, as well as free standing ones. It also replaces the bus adverts too (yay, no more Swift Cola). Some few people may recall I did a similar mod for Mafia long ago. That mod is no longer available, as this is a superior recreation. The mod I made then was very sloppy and didn’t look up to par with the work I can create today.

Obviously, all of the adverts are pulled from their respective companies, with the exception of the Budweiser one which has been restored. Check it out here.

Check out all the billboards below (Minus freestanding ones)

Ever find it odd that in an era without commonly accessible portable radios, or knowledge of how to intercept radio signals, your character is constantly tuned in to the police forces comms? This mod aim’s to fix that, by replacing the police radio waves with complete and utter silence. Use your eyes, not your ears!

After many hours playing Mafia 2, one day I thought to myself “Why is Vito (and cast) constantly tuned in to the police forces radio? How come when I shoot a civ, or steal a car, I can hear the officers telling the station?” Ultimately, I find this un-immersive, and in the end makes things way too easy for the player, seeing as there’s also multiple prompts on the screen. I decided to make this mod. ‘Seen and Not Heard’ stops all dispatch and crime reports from blaring in your ear. Now, the only indication that you have the police on your tail, will be your HUD elements, or seeing the officers pursue you. This mod covers all DLC’s, including “The Betrayal of Jimmy”, “Jimmys Vendetta” and “Joe’s Adventure”. The mod covers the English localized version of the game ONLY.

Drag the contents of the mod into your Mafia II folder. Replace files. If you’re a Steam user, your data folder should be located here:
C:Program FilesSteamSteamAppscommonMafia II

REMEMBER! IF YOU WISH TO RESTORE YOUR GAME TO THE DEFAULT SOUND FILES, YOU MUST BACK THEM UP BEFORE INSTALLING THIS!