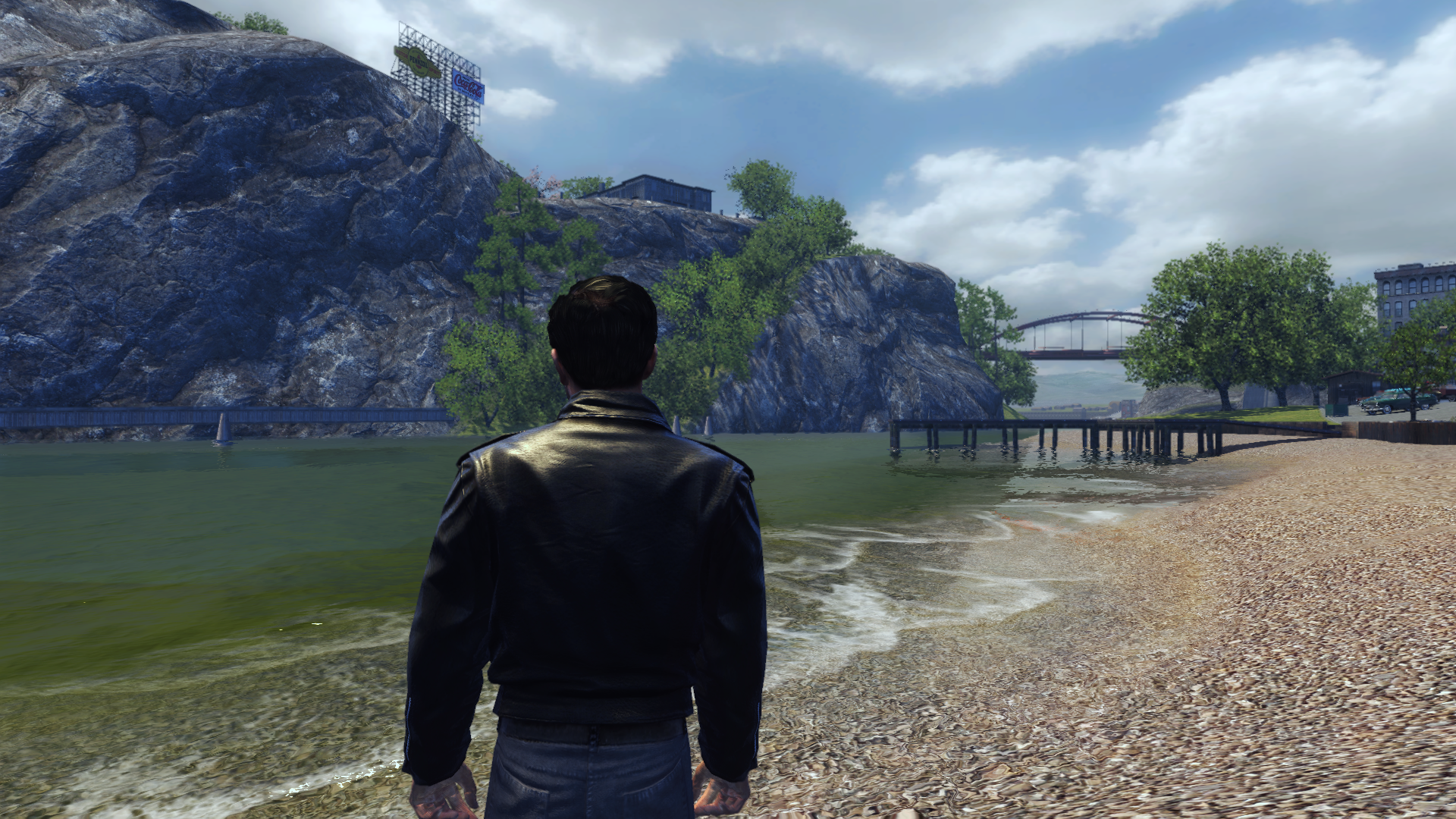 Re-experience Mafia II with a fresh coat of HD paint.

(Yes, this is the newest version of the Empire Bay HQ ReDone mod. Unfortunately the old page was being buggy and refused to properly update.)

Mafia II. In many’s opinions, it’s the pinnacle of story telling, and holds a sacred place in the hearts of many. No matter how timeless the story is, the graphics on the other hand, are not. This mod aims to fix that. This mod retextures many of the games textures to not only have an improved stylistic look, but to also be of higher resolution and quality than that of the original. This mod started off in late 2016, in an attempt to make ‘Empire Bay HQ’ and ‘Beta Textures’ compatible. Since then it’s sprouted in to it’s own unique mod, with it’s own unique textures. Now get out there, explore a new Empire Bay, and enjoy the world in a new, HD, light.

[This mod is compatible with the GOG version of the game]

Like this mod? Why not try my ‘Real 40s-50s’ Billboards, which can be seen in the screenshots of this mod! It replaces all the adverts in the game with real-life counterparts in the time period. Click me to go to the mod page!

Select the Launcher and Mafia2 exe’s in the 4GB patch tool before following the steps below! After you patch the exe’s once, it should not be needed again unless you reinstall or validate files! (The 4GB Patcher is safe, and is often used for games like Fallout New Vegas as well)

Drag the contents of the mod into your Mafia II folder. Replace files. If you’re a Steam user, your data folder should be located here:
C:Program FilesSteamSteamAppscommonMafia II

Many textures in this pack were used and edited from:
Textures.com
Texture Haven
CGBookbase
CC0Textures

Disclaimer and preface to the mod. This mod started out over a year and a half ago, as an effort to merge and improve upon the mods ‘Empire Bay HQ’ and ‘Beta Textures’. I have contacted the authors of both mods numerous times, without a response, and their online activity seems to be nonexistent. I waited quite some time before posting this to the Nexus, as I don’t have the intention of stealing peoples work, I simply wanted to make both mods compatible and improve upon them. Fast forward to now, and many textures originally used in the merged mods have been replaced by textures I have either found (CC0, but credit has been given) or created. I’d say currently the work in this mod would be 70% me, 30% the two previously mentioned mods. I intend to eventually replace all textures with those of my own, as now I believe both texture packs haven’t aged well, and simply don’t hold up in 2018. At the footer of the page is a full list of things I’ve created, and the other packs have created.

As of 10/6/2018, all of the content found in this pack was created and edited by myself. Preface is here solely for context.