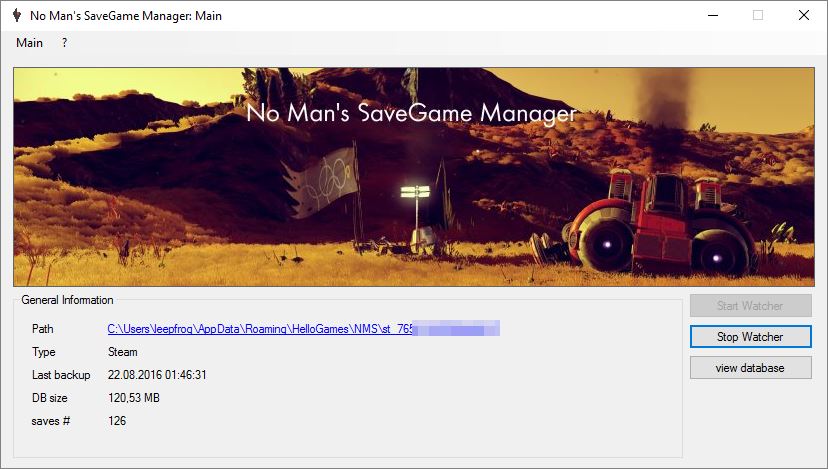 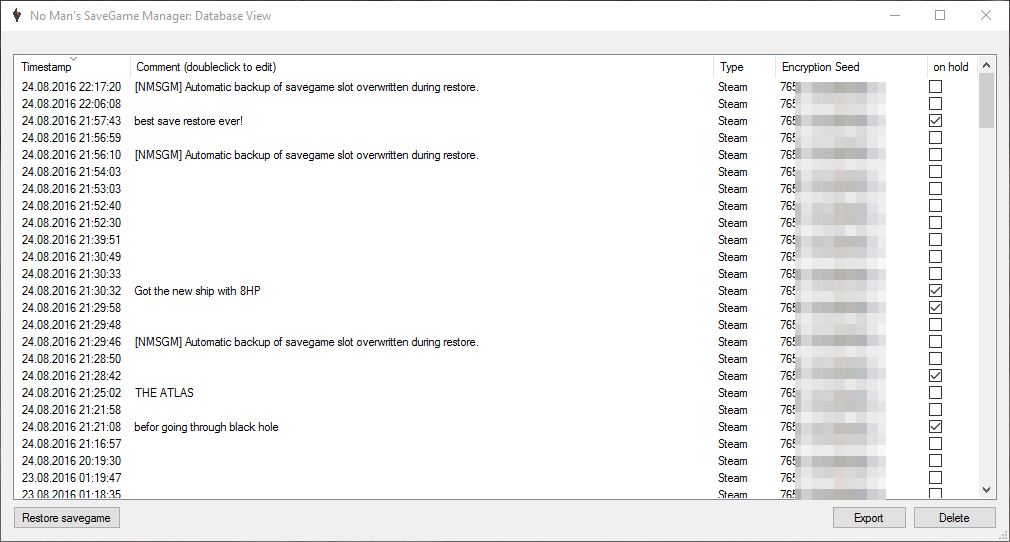 No Man's SaveGame Manager is a tool that runs in the background and will create backup copies of every savegame file that No Man's Sky creates.

The motivation is to provide the ability to:

Contact: In case you want to contact me for feedback, bug reports or suggestions chose one of the following ways:

Compiled binaries are not available any more. Please follow the link to obtain the source and build the toll yourself using a visual studio version of 2015 or newer. The free community edition will work.