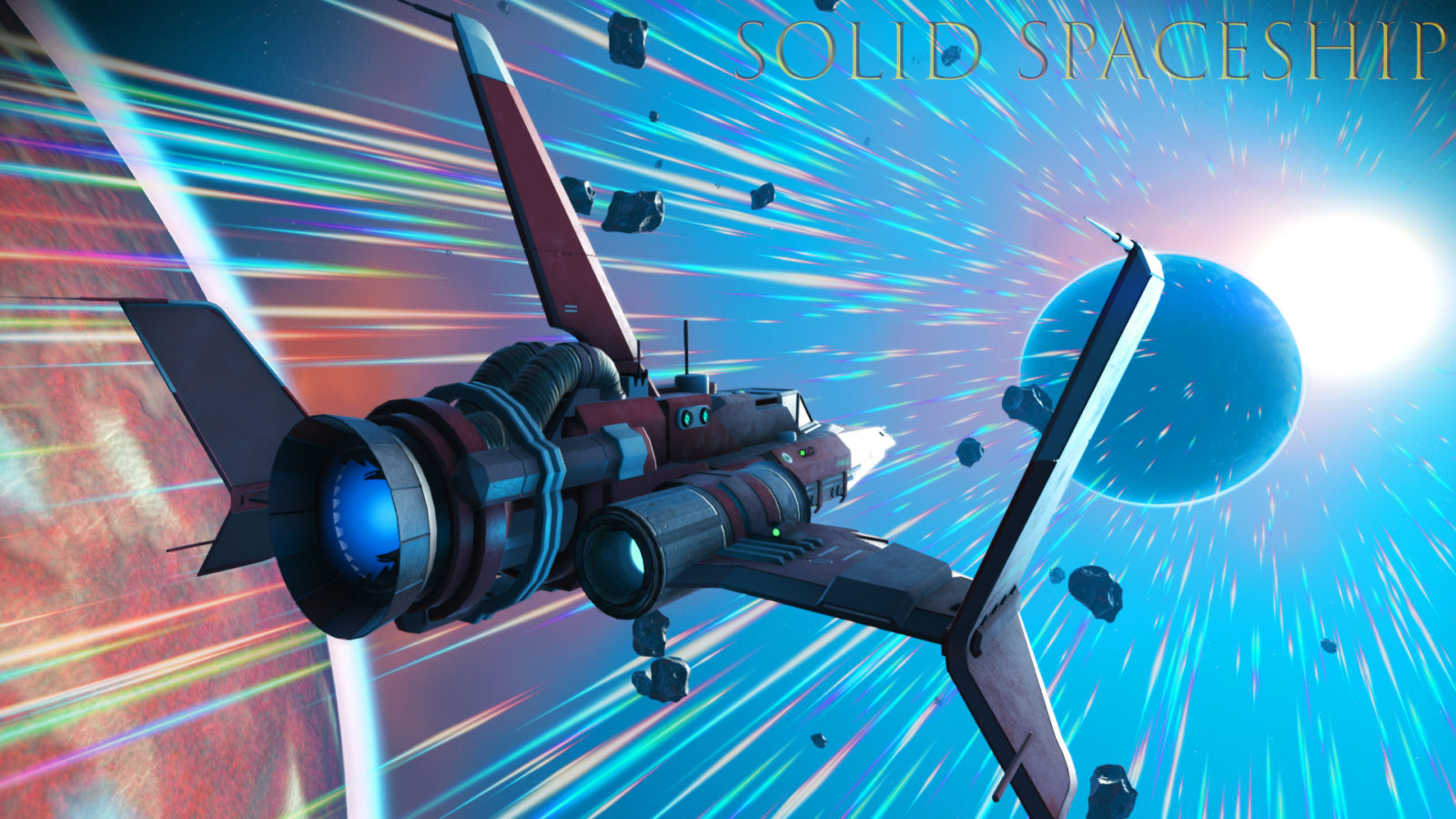 I didn't like the handling and speed of your spaceship ... especially in space.

So i made alot of changes to the speed and handling to improve the feel of your spaceship.

Try it out and let me know what you think of your Solid Spaceship, this was made with dog fighting in mind.

Now with optional AI module so they have a chance of seeing you instead of your spacedust.

66 different variants to choose from to each their own!

I recommend Low, Medium & High speeds because with Legacy & Ultra the pop in becomes very apparent.

-Increased planetary cruise speed and boost speed
-Increased in space cruise speed and boost speed
-Increased pulse speed
-Improved planetary and in space handling
-Decreased planet distance pulse activation and deactivation when coming in
-Pulse jump is instant no more delay(Or choose your delay since update 1.4)
-You can hover backwards and forward
-Underwater flight(That also means you can crash into planets so fly safe traveler!)
-Cruise Control by letting go of throttle
-Now with 66 variants
-(Optional) Improved the speed and handling of the AI (Also available in Low, Medium & High)

The variant system is revamped i'll explain it.
I splitted the planetary and in space cruise and boost speeds in to four categories:
Low, Medium, High & Ultra

So you can for example get no delay in pulse, 9 times pulse speed but low cruise and boost speeds.
But you can change any of those choices so it will fit everybody's needs.

Vanilla:All handling and reaction improvements without touching the speeds or the delay(Also no low or underwater flight)
Legacy:This is version 1.1 for the users who like it over the newer choices

-Delete,rename or move the DISABLEMODS.txt file found in PCBANKS folder.
-In the PCBANKS folder, create a new folder called MODS.(Case sensitive)
-Add only ONE variant of the SolidSpaceship.pak files in your MODS folder.
-The SolidSpaceshipAI.pak is optional and can be combined with one of the variants or any other flight mod.(Again only choose ONE of the three variants.)

If you install this mod with NMM the files will have _MOD infront of it!
That may be useful information if you installed this mod manually before or the otherway around.

-Forgot to include a file for the AI Optional(Now they work.)

- Increased the turn radius in space a little more
- Updated for update 1.34