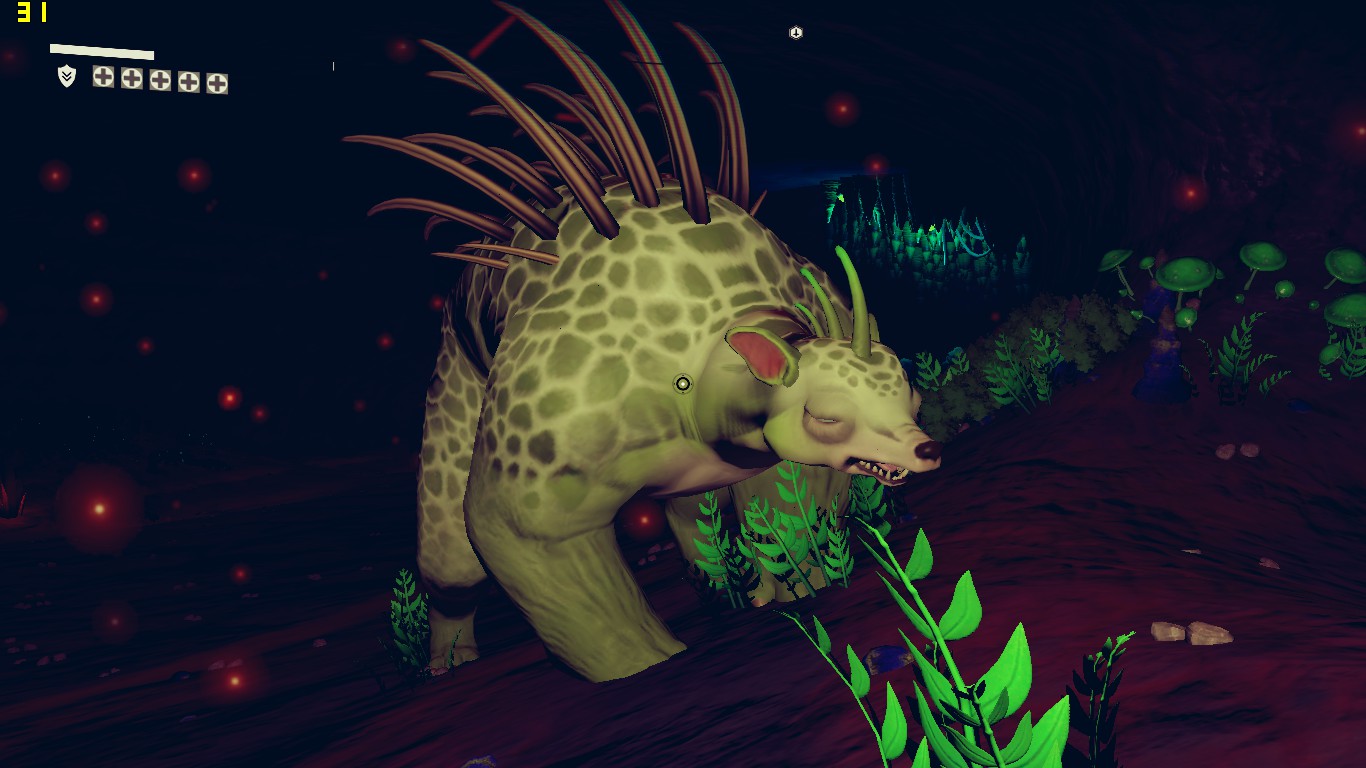 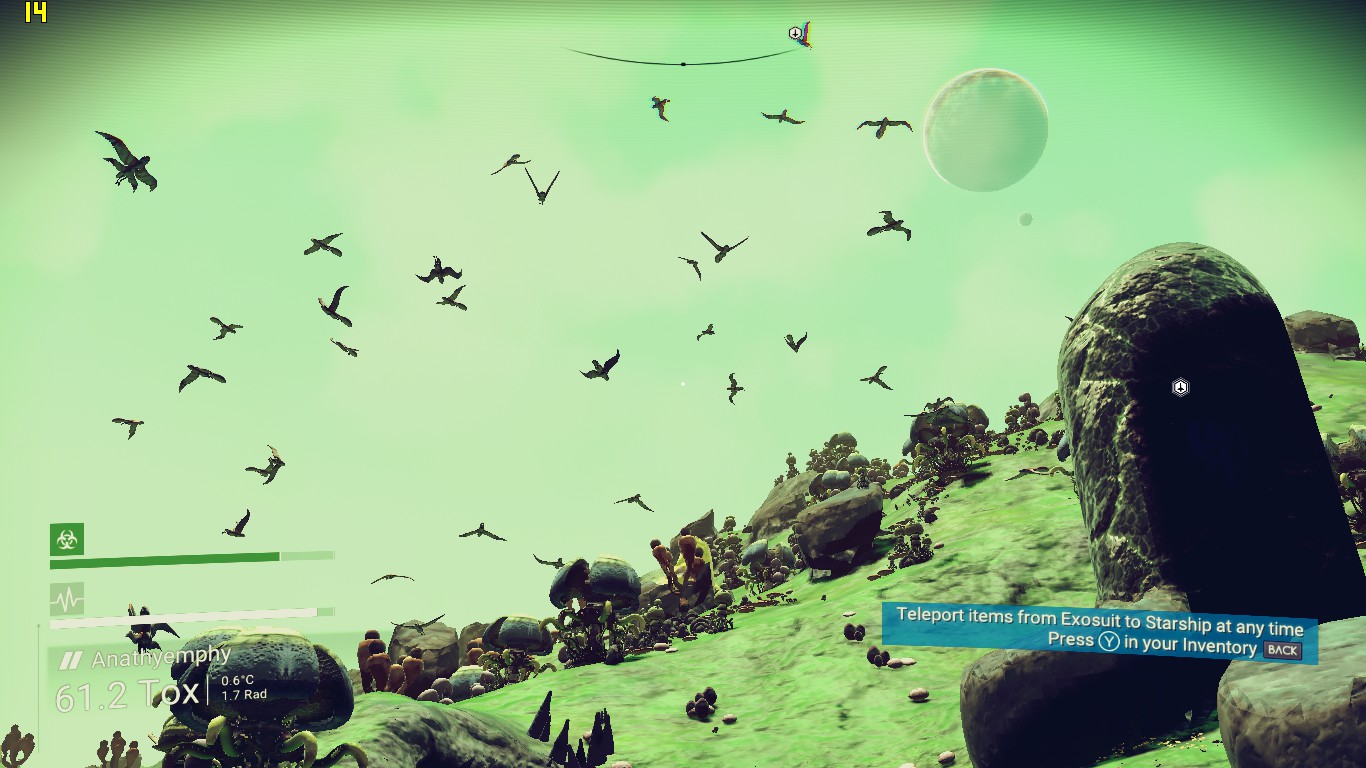 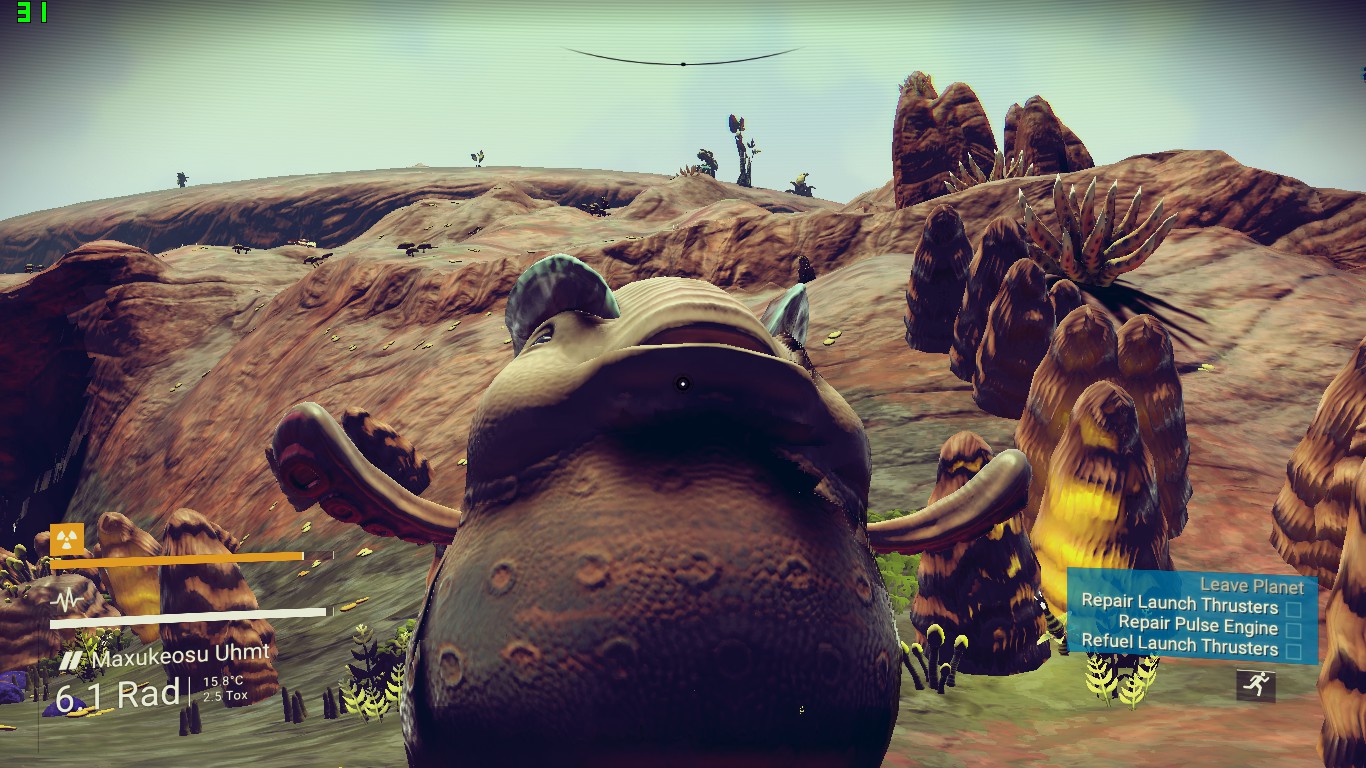 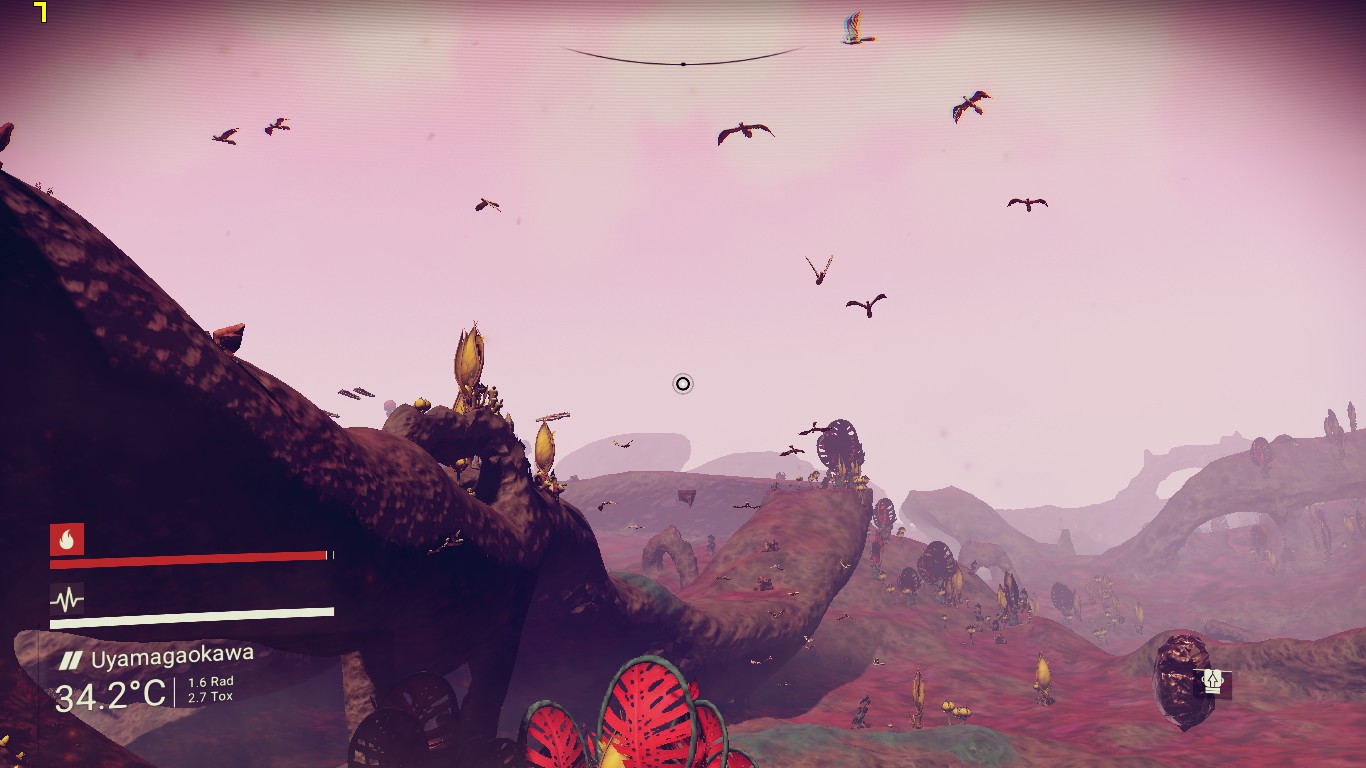 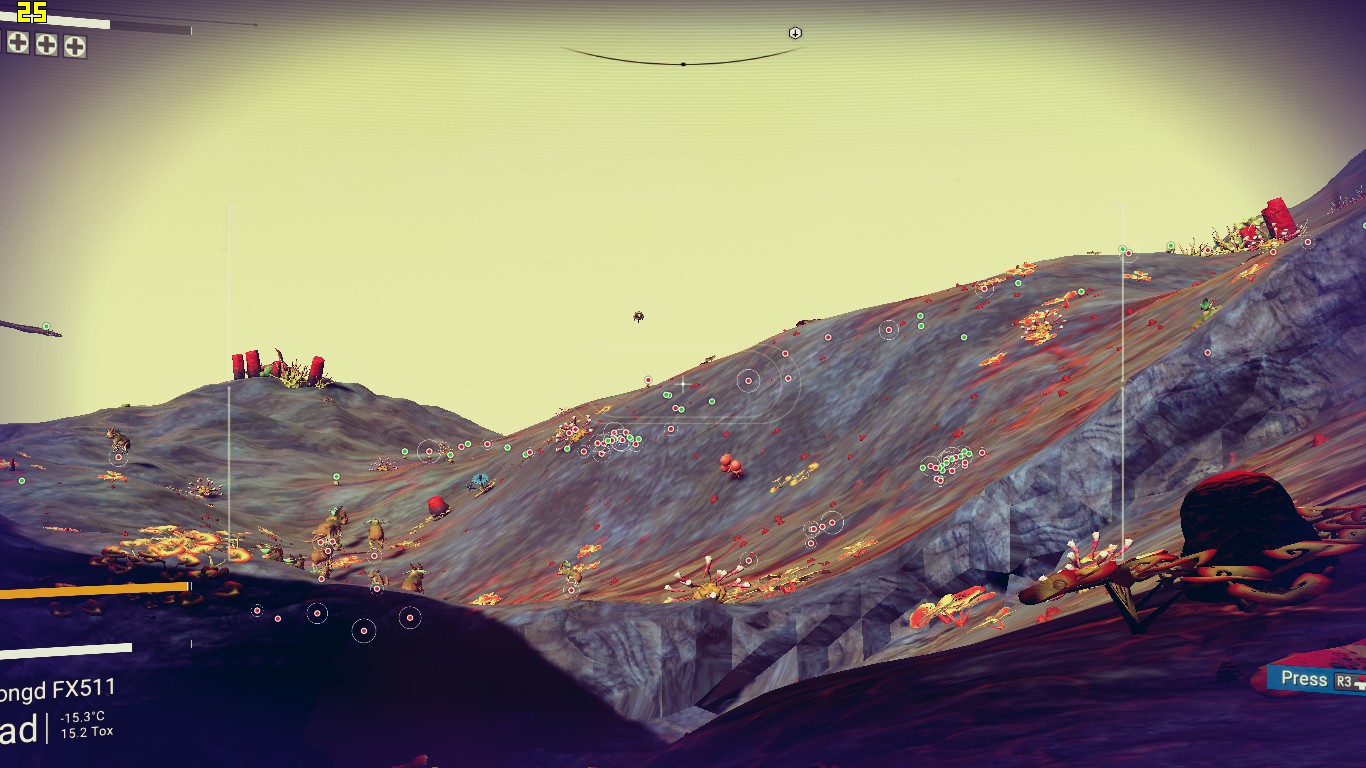 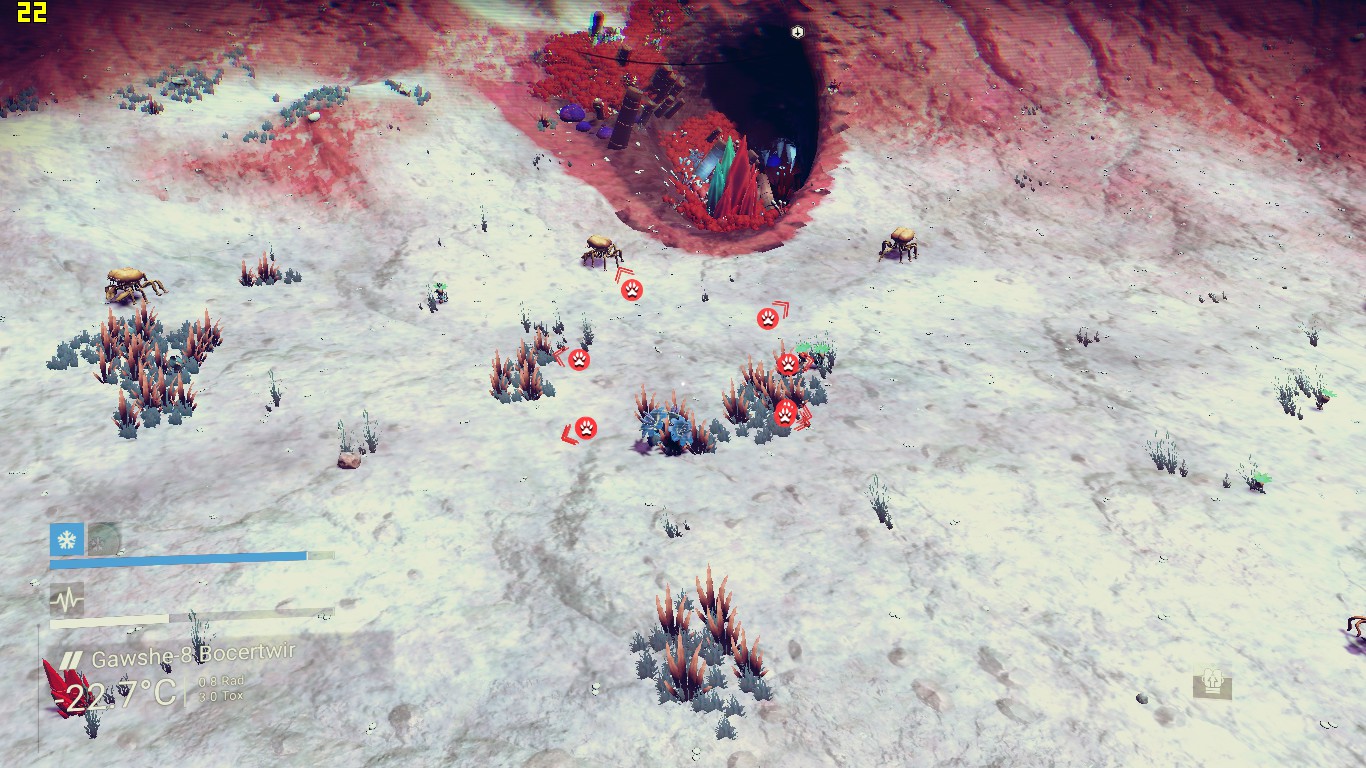 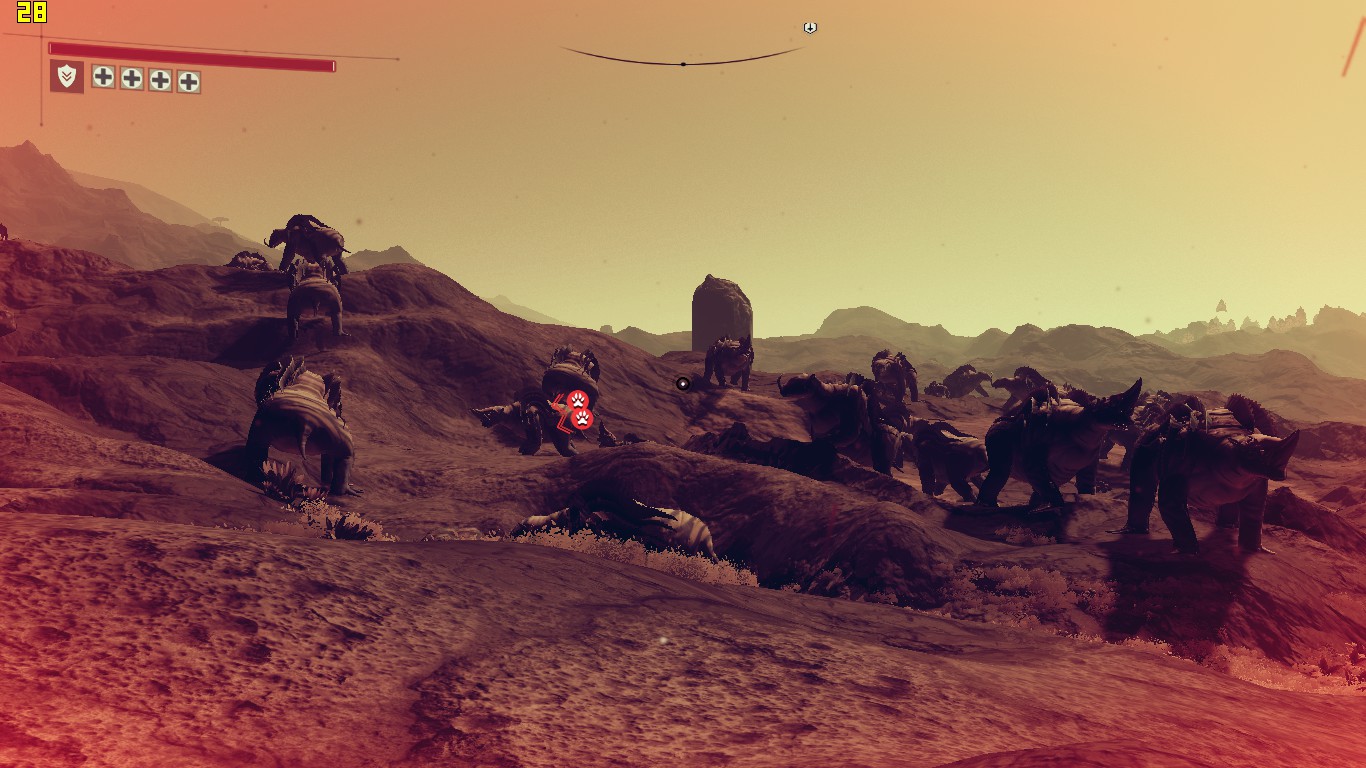 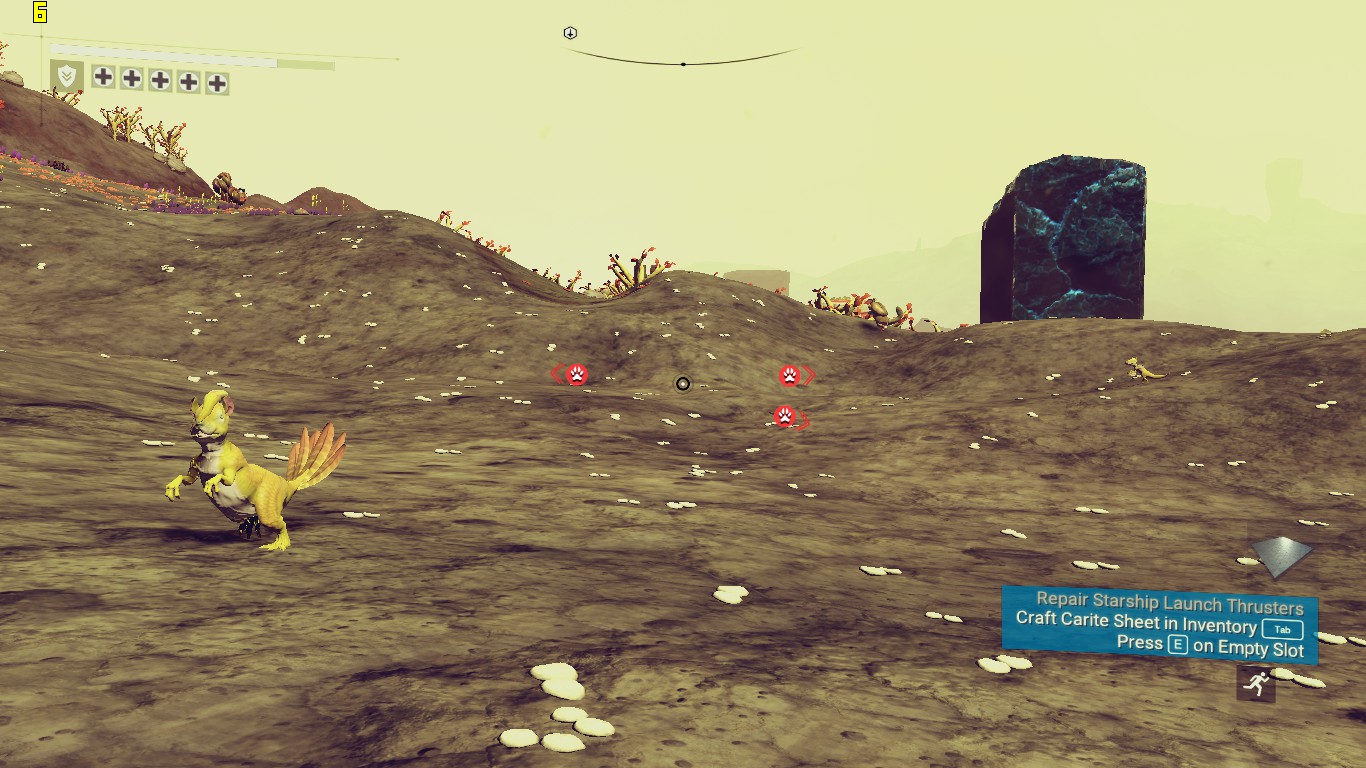 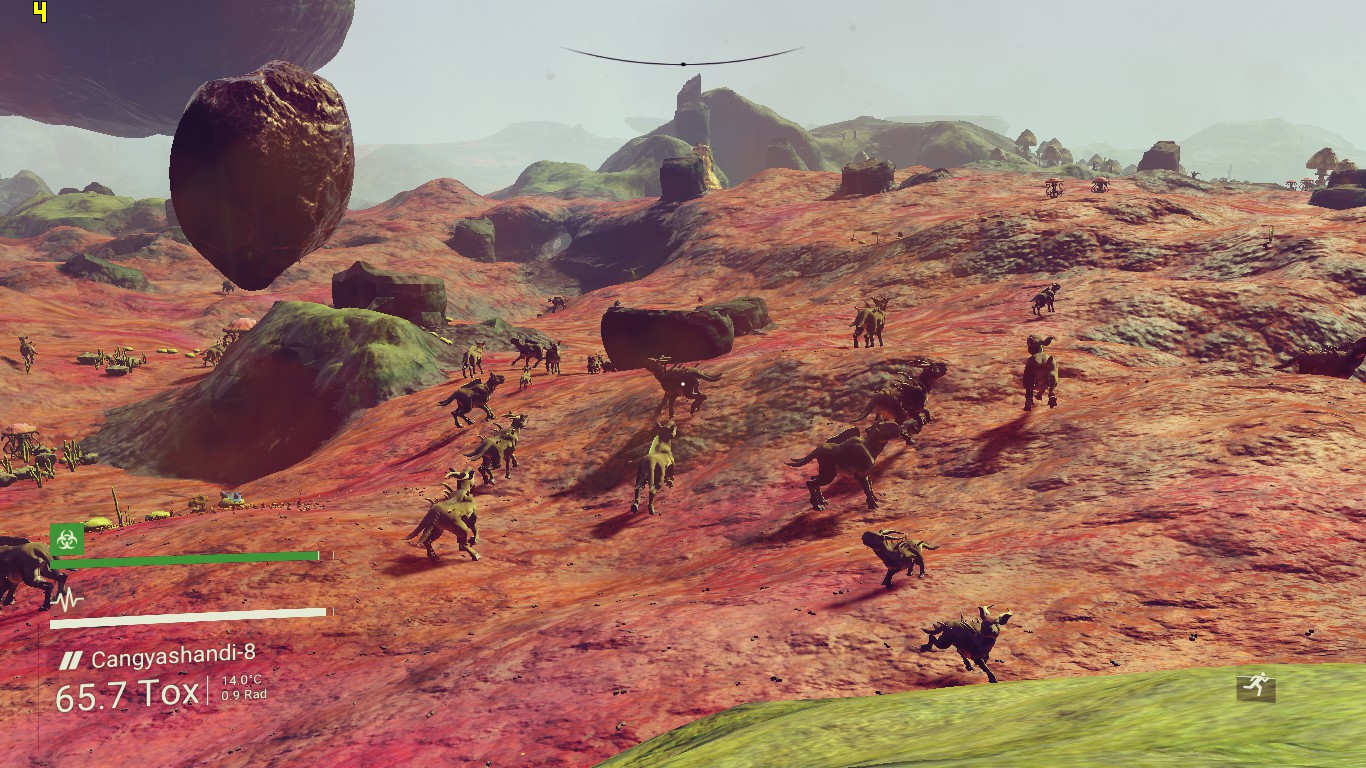 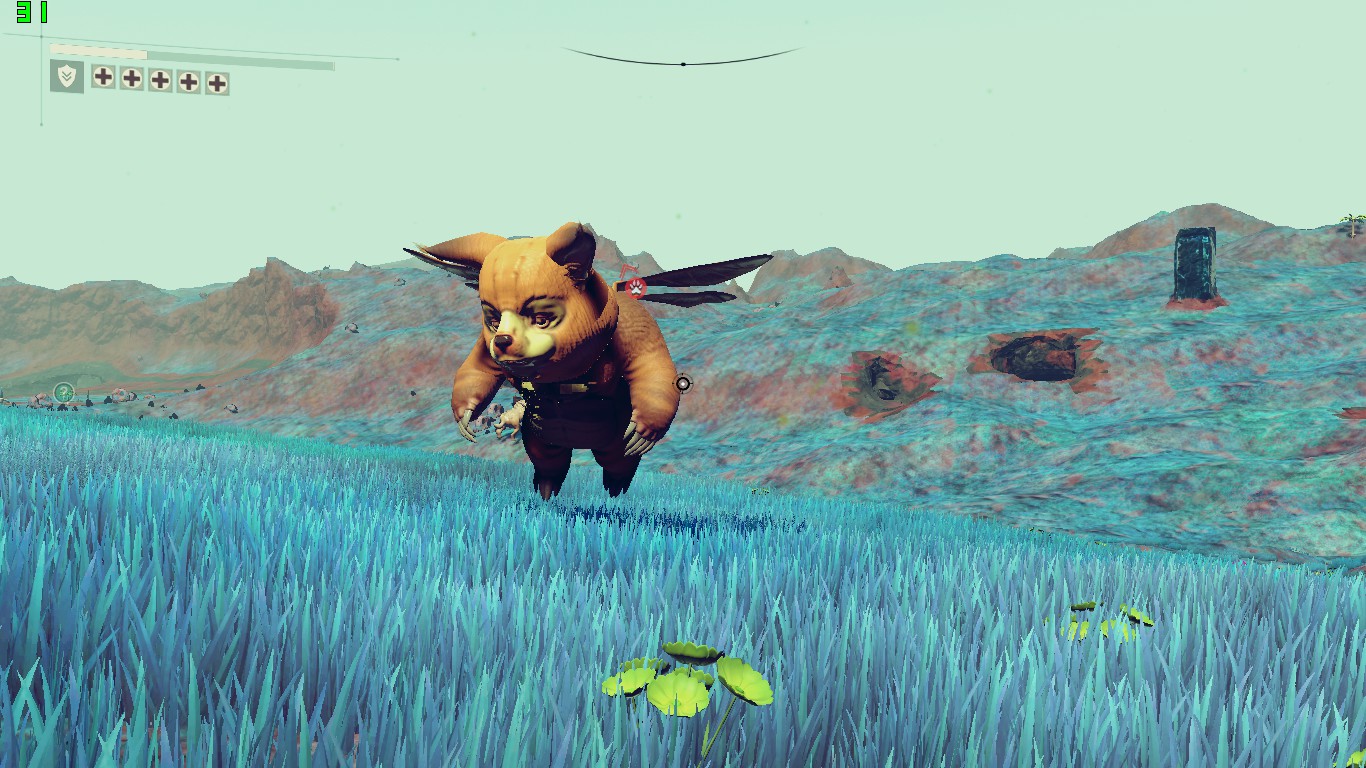 Wild Life for No Mans Sky takes the current system for spawning and controlling creatures in the game, and pushes it to the max!

There are almost three times the creature type definitions to ensure behavioural differences between small and large versions of any base genus.
Further to that, each possible Fauna abundance has been reworked to allow these new creature types to be used to maximum effect from miniscule to gigantic.

Behavior and movement styles have been changed as best as possible to add further variety to the creatures and make planets more dynamic and lively.  Greater chances for Predator and Defensive creatures will keep you on your toes!

When landing on a planet, the Fauna reading now indicates the density of life on a planet, rather than the total amount of life.  While a planet with "nonexistant" will always have no creatures, Barren planets for example can still have many creatures, although they will be greatly spread out, generally in small groups, and less likely to be large.

If you enjoy discovering the wildlife in this game, and wish for more, look no further! Every planet (well ok not EVERY planet :P) has its own unique feel due to the vast increase in possibilities

Creature Behavior
Reduced migration distance on birds to make them hang round longer
Small birds fly around in trees (technically through them, imagination!)
Increased animation speed on Triceratops when running
Adjustments to call and cry frequency

Biome Changes
More roles for Busy Ecology, with emphasis on night time
Greatly lowered Dead Ecology having life
Slight reordering of role table so large creatures are closer to the top (incase it makes a difference)

Creature Spawning :
Attempted to increase the likelihood of Diplo's spawning

Due to me having issues narrowing down what is causing the game to crash for others (it just won't crash for me!)  I have uploaded a version of 2.4 that contains many "mini mods" for each section of Wild Life.   If you are having problems with crashing, remove the below version and download the split mod.  Install all the mod files into your game, and then start the game and remove a file one-at-a-time until the game stops crashing, then let me know which PAK file is the one that crashes your computer!

Feel free to use the mod without the problem file for now, it won't be as cool, but alot of the features will still be enabled.

Creature Behaviour :
Greater variety in Birds, Flying Snakes, Flying Lizards and Fish
Flying Creature movement distances tweaked a little to make them not fly off so quick
Greater possibility for Diplo type dino's
Additional Creature Types based off the TREX and Triceratops

Biome Creature Changes :
BUSY Ecology reworked to prevent the crashes and is now more of a mix of COMMON, DINO and PREHISTORIC

Version 2.0
Creature Behavior :
Size based movement speeds with bonus/handicap appropriate to type (a rodent is quick, but a Triceratops is not)
Slow Walk, Walk, Trot and Run speed differences increased on each Creature type. (Triceratops can run quite fast, so prey its not angry!)
Adjustments to movement / wander distances to try and get them to not walk/fly/swim in circles so much (mostly successful, especially on birds)
Flying Creatures will get much closer to the ground, but also spend more time higher up
Sea Creatures should spawn a little deeper underwater to stop them getting stuck in shallows

Creature Spawning :
'Generic' Creature types split into Common (small), Uncommon (Regular) and Rare (Large)
'Special' Creature Types split into Common (appropriate size), Uncommon (unusually large/small), Rare (unusually very large/very small)
Much better distribution of creatures with less mega-groups instead preferring regular interlacing small groups. Huge groups are still possible
Only 'Special' Creature Types have predefined roles, with all others choosing from an equal pool of generic roles. (technically the special creatures can choose these too)
Creature Roles on a planet redone from scratch. There are now Common/Uncommon/Rare possibilities for tiny,small,regular,large,varied,full range groups of creatures with both Predator and Prey versions biased according to Ecology Type. Many sizes also have small/medium/large grouping variations
Flying things can get MUCH bigger
Slight adjustment to the Triceratops and T-Rex rigs to promote Diplo/Triceratops/T-Rex's actually spawning instead of monsters

Biome Creature Changes :
Each "Ecology" set redone to bring much more variety to each type.  The Fauna level on a planet represents how rare life is, rather than how many species there are.
Barren planets can still have half a dozen creatures, but they will be hard to find! On the flip side, a Paradise planet could have only a small number of species too, but they will be everywhere.
Don't expect to find every planet full of life, Barren planets still have very low possibilities of life, and that life is more likely to be small and rare.
Planets that were "Dinosaur" planets are now just Large creature planets, and "Prehistoric" is the same, but with greater predator probability.  Any planet can spawn any creature type regardless of Ecology role, however 'common' or above have much greater chances of seeing large/huge creatures.
Due to the number of roles and that none have a 100% probability, it is possible for some interesting combinations, such as huge prey animals, and tonne's of tiny predators chasing them, or a planet covered in butterflies or nothing but rodents.