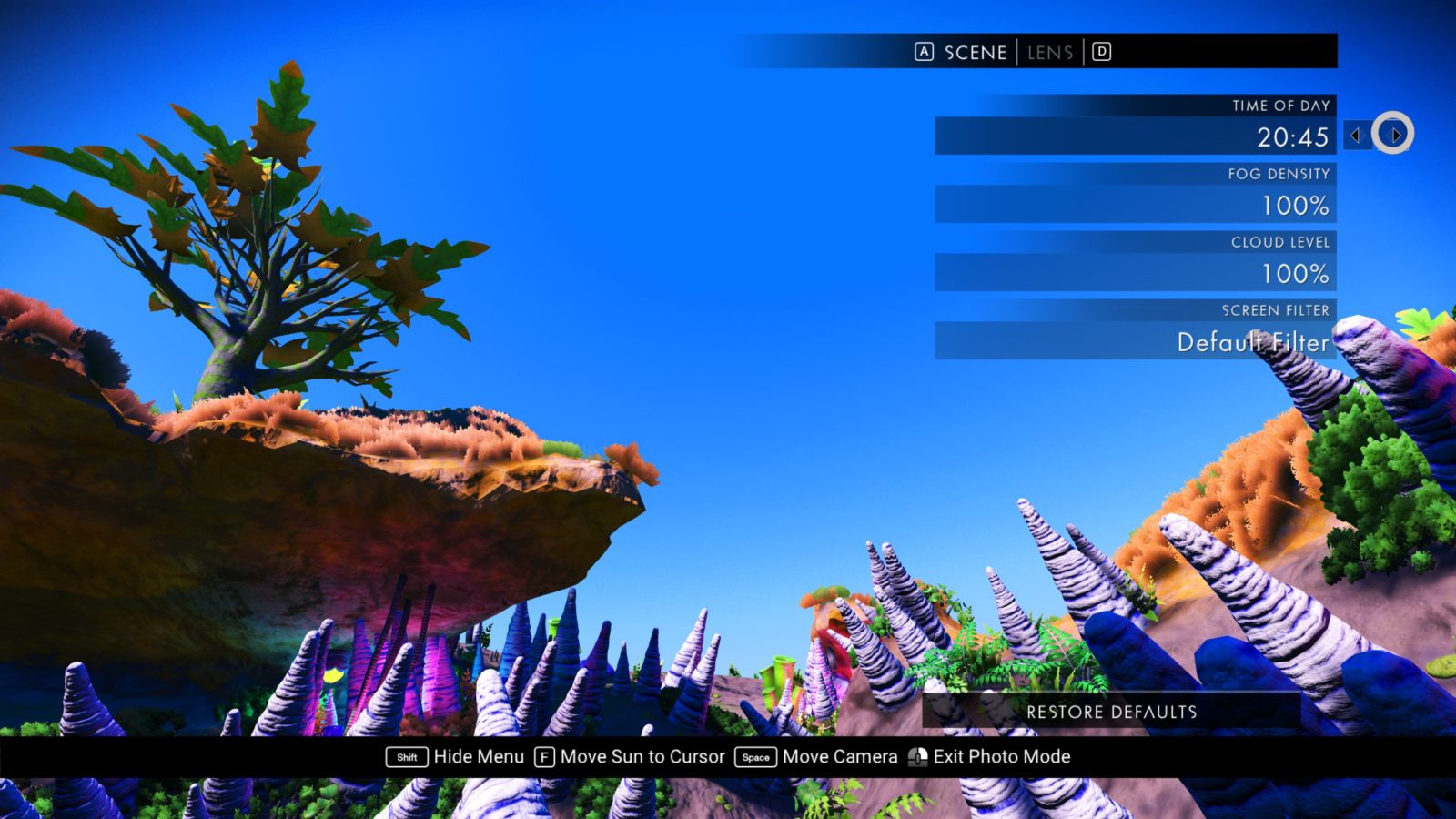 Time Lord is a simple mod that will produce an "always daytime" or "always nighttime" effect. This does not stop time. The sun will still rise and set ( even with the nighttime mod ) but the sky colors will not change.

The daytime mod will still produce dawn and dusk colors.

The nighttime mod will produce nighttime graphics all hours of the day. The sun will still rise and set but it will have no effect on coloring, only shadows. It appears very much like our moon.

This mod is included in my other mod called Weather God. If you would like to combine "always daytime" or "always nighttime" with a number of weather control options, see that mod instead.

This mod will conflict with any other mod that alters GCSKYGLOBALS.GLOBALS

There appear to be triggers at 4am and 8pm that signal the game to execute various scenarios and actions. These triggers appear to be fixed; I have not found a variable that moves the trigger to say 5am and 9pm.

Day and night pass in-game as they would in real life except that in-game time passes much faster! You've probably noticed that days are 20 minutes long and nighttime is 10 minutes long. This is absolutely consistent across all systems and planets.

When I set out to solve the problem of making the game "always daytime" I had to understand how the game was using time and I found that the appearance of daytime really had nothing to do with the fact the sun was in the sky. It turned out that the "trigger" at 6pm just told the game to blend the day sky color palette into the dusk sky palette and at 8pm dusk into night colors.

There are variables that tweak when these palettes blend from one to the next but they aren't moving the trigger points. They don't move the trigger from say 8pm to 9pm. They either extend or subtract from the existing trigger points. So you can make day time 50% longer starting at the existing trigger. Hard to explain and the adjustments are weird. At one point I flip-flopped night and day.

What you cannot do, or at least I haven't found the way yet, is choose different trigger points or elongate time. I suspect there may be a way to do the latter, just haven't found it. That would mean that you could change the ratio for time itself... right now 1 minute of time in real life equals 48 minutes of in-game time. It takes 20 minutes of real life time to watch daytime pass in-game. It would be nice to have daytime in-game be much longer, say an hour, but we'd need to find the variable that controls the ratio of real time to in-game time. I will attempt to find that, but it's a tedious process as testing for it requires you sit and wait for time to pass ugh.

Second, if you do not have a MODS folder yet, find the PCBANKS folder in your installation path do the following:

Third, choose either Time_Lord_Daytime.pak OR Time_Lord_Nighttime.pak from the download and copy it to your MODS folder.