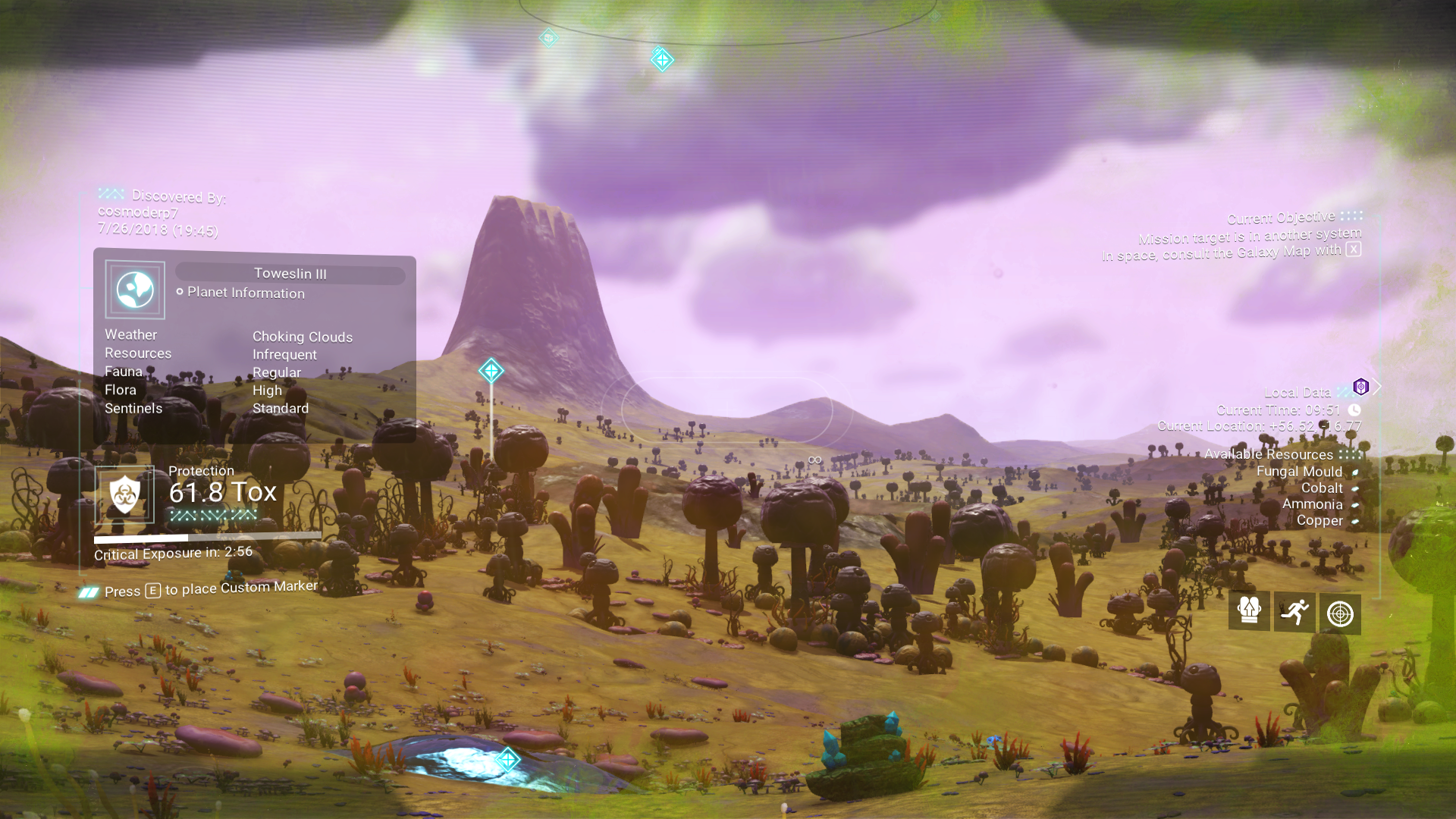 Another super simple mod from me!  This one simply make the blue from the scanner go away.  I figured binoculars in real life make things look darker not blue.  So I made this and I hope you enjoy. 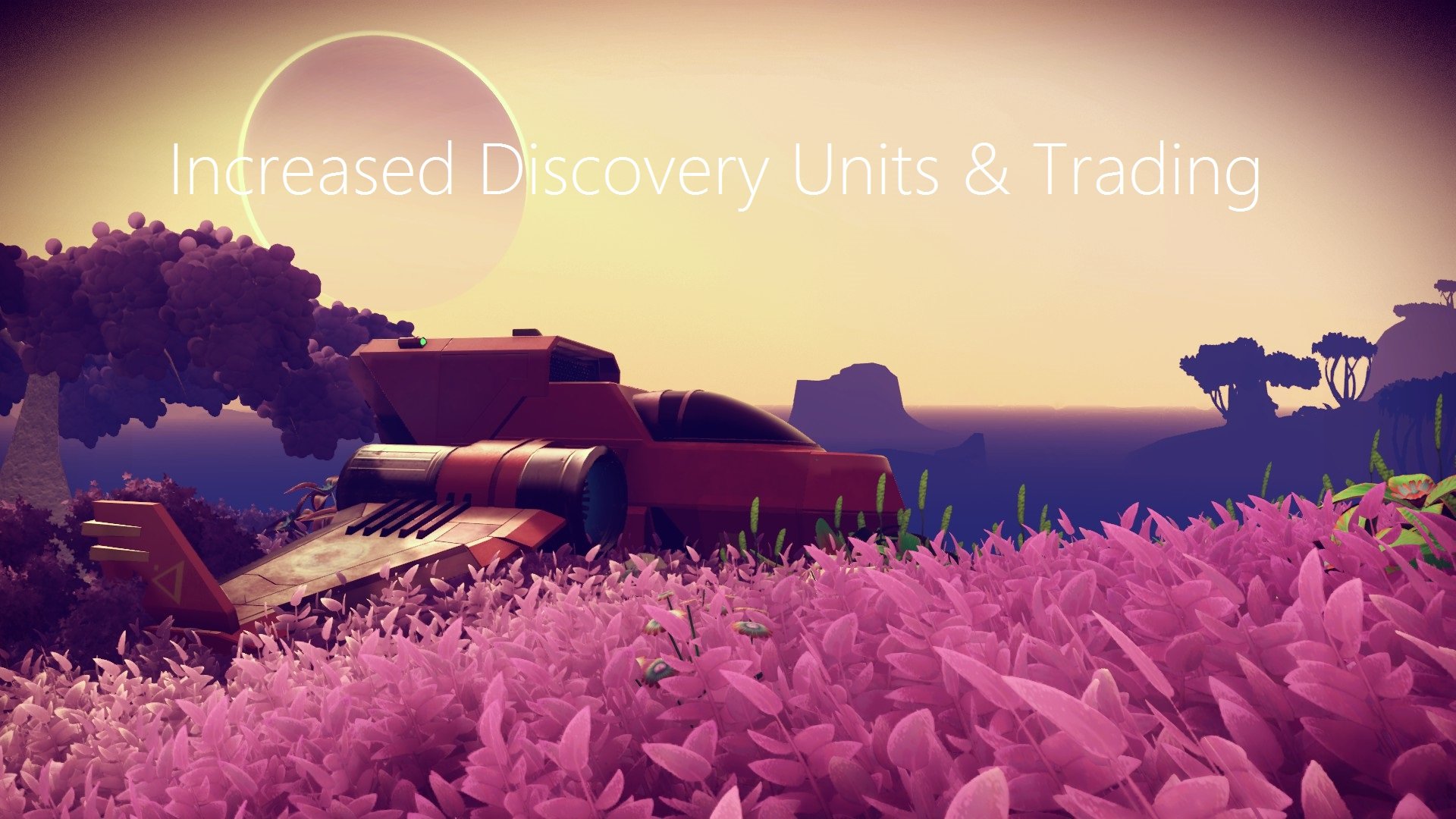 NEW: I have added a version of this mod where you can have discovery unit increases WITHOUT the changes in terms of trading. (see changelog)

This is my very first No Man’s Sky mod! *This mod was inspired by droot1986’s “Profession Explorer and Trader.” I’ve decided to expand
onto it a little bit and add Pathfinder support as well.*

There are multiple .PAK files included with the mod that all differ in terms of how much discovery units are altered. Before choosing which .PAK you want, please keep in mind that these are the default values that the game has set place:
Solar Systems: 5,000 units
Planets: 2,000 units
Animals: 1,500-2,500 units
Flora: 500 units
Rocks / Minerals: 500 units
Save Points (Sectors): 1000 units

The file named “DiscoveryANDTrading2x” multiplies these original numbers by TWO. (Solar Systems would be 10,000 instead of 5,000, 4,000 for planets, etc.)

The file named “DiscoveryANDTrading3x” multiplies it by THREE, and there is also one that multiplies these values by FOUR.