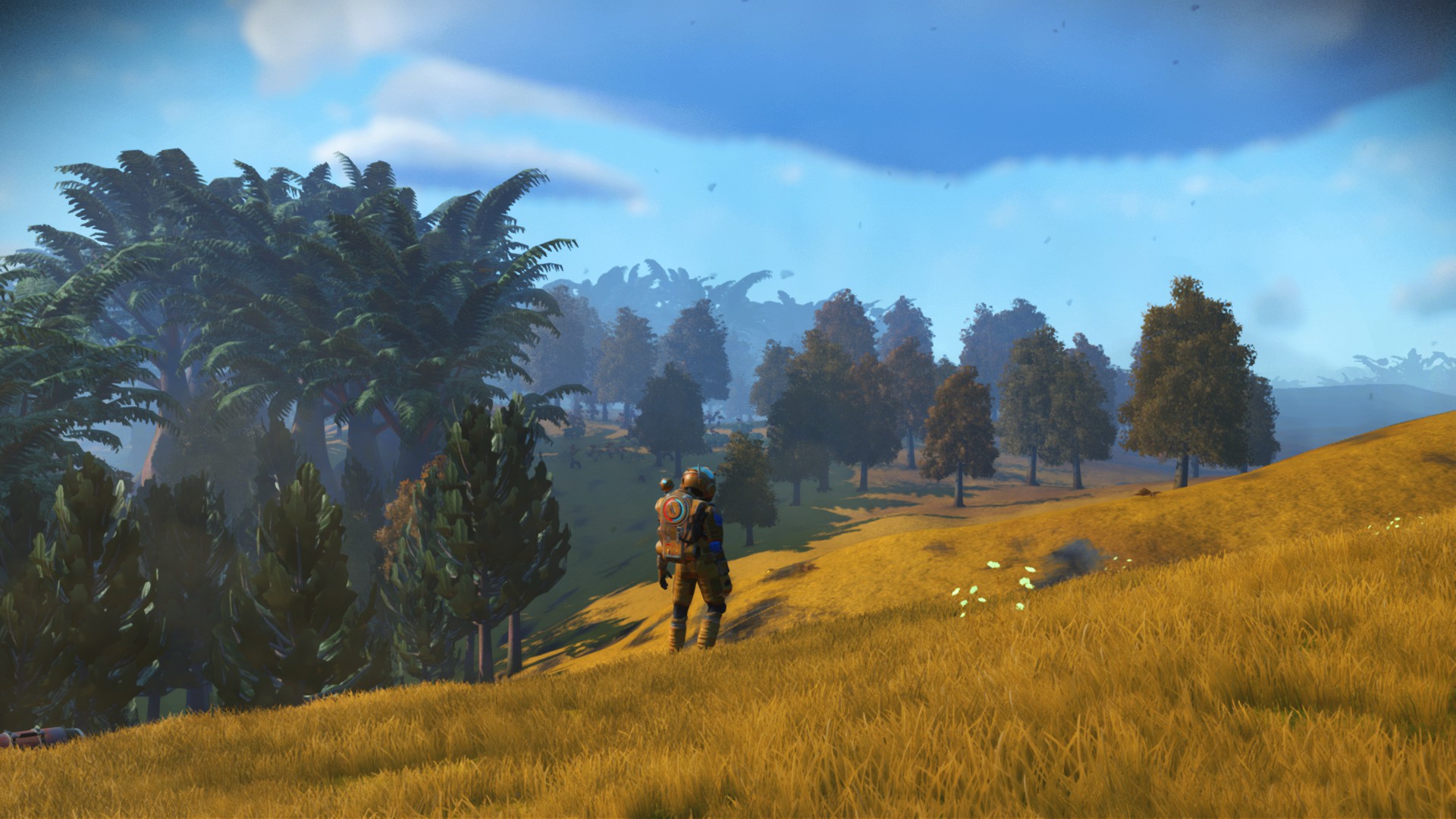 The idea behind this mod, is to create slightly diverse and natural looking environments. I want to adhere to the mood and aesthetics of the vanilla No Man’s Sky, but tweak it to take advantage of the additional processing power available to my PC.

This mod changes the default density and distribution of the assets in Lush, Frozen, Scorched and Radioactive biomes, to make what I believe are more realistic and interesting worlds. There are dense forests and open plains on the same planet. On some planets, trees grow only near the water. On others, the mountains are covered with trees, but the valleys are open and perfect for driving vehicles around on. There are various rules applied to make a bit more diversity, without having to include oversized assets, or assets that don’t really belong in the biome.

Currently, this only effects the Lush, Frozen, Scorched and Radioactive biomes.

This was created to run with the Visions update, and works with 1.77, however I have checked and it works with Beyond 2.0 also.

I have played vanilla No Man’s Sky on PS4 for over 260 hours commencing on the Day One release of the game. I am working on this mod so that I can begin the adventure again on the PC, with greatly improved biomes that still provide essentially the same No Man’s Sky experience. I am also working on other mods to make No Man’s Sky closer to my dream game.