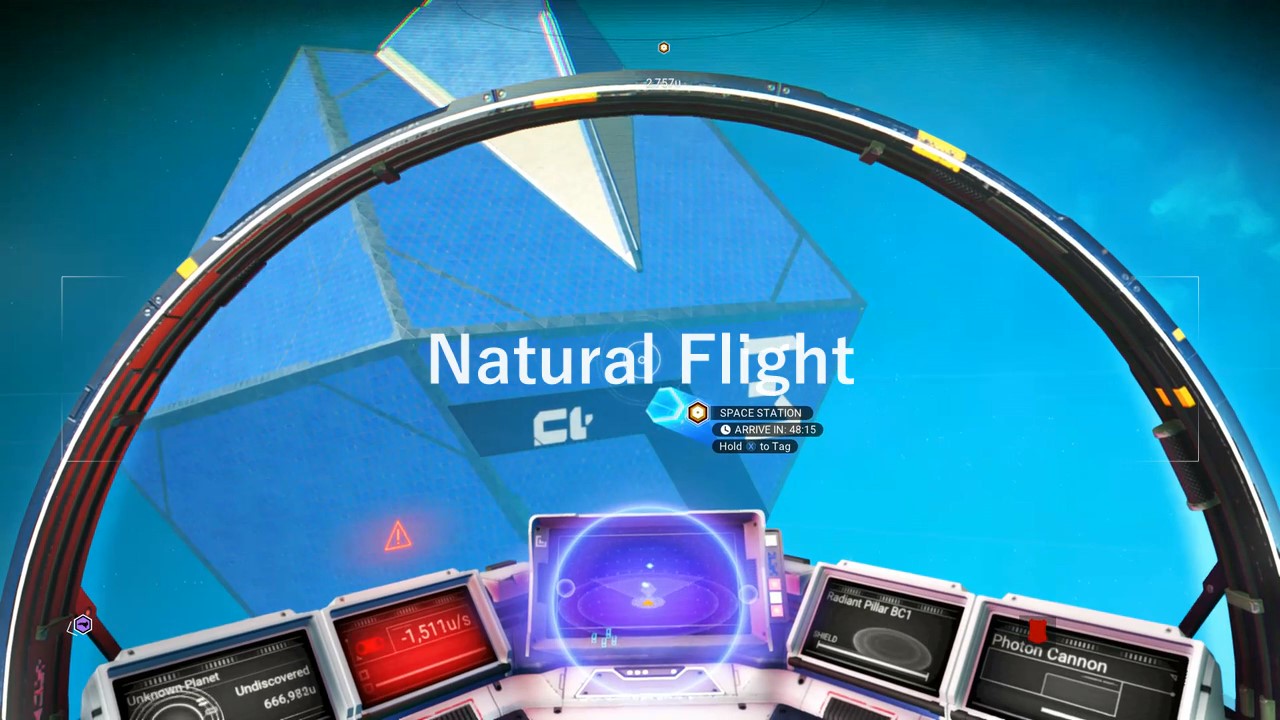 Natural Flight is an overhaul of the flight mechanics for No Man’s Sky. It changes it from the easy, arcade style flight to a more challenging simulation style of gameplay. I was aiming to modify the flight, docking and planetary landings to be more like the original Elite and Elite Frontier from the 1980s and 1990s.

WARNING: Do not use this with Permadeath mode unless you try it out on a normal game save first, as it does increase the challenge of flying and docking, and increases damage with collisions. IT IS MUCH EASIER TO DIE.

The current version will work with No Man’ Sky Visions 1.77.

(I haven’t tested it with earlier versions)