This mod simplifies naming lists on galaxy map and intended to make your search for suitable economics a bit easier. Each list now presented by only one name, and all names have different letters at start, to eliminate any confusion then you searching fast. Of course this is not the only one mod of such kind, but most of others are for english only, or covers only levels (not types). This one is for russian language, so rejoice! 🙂 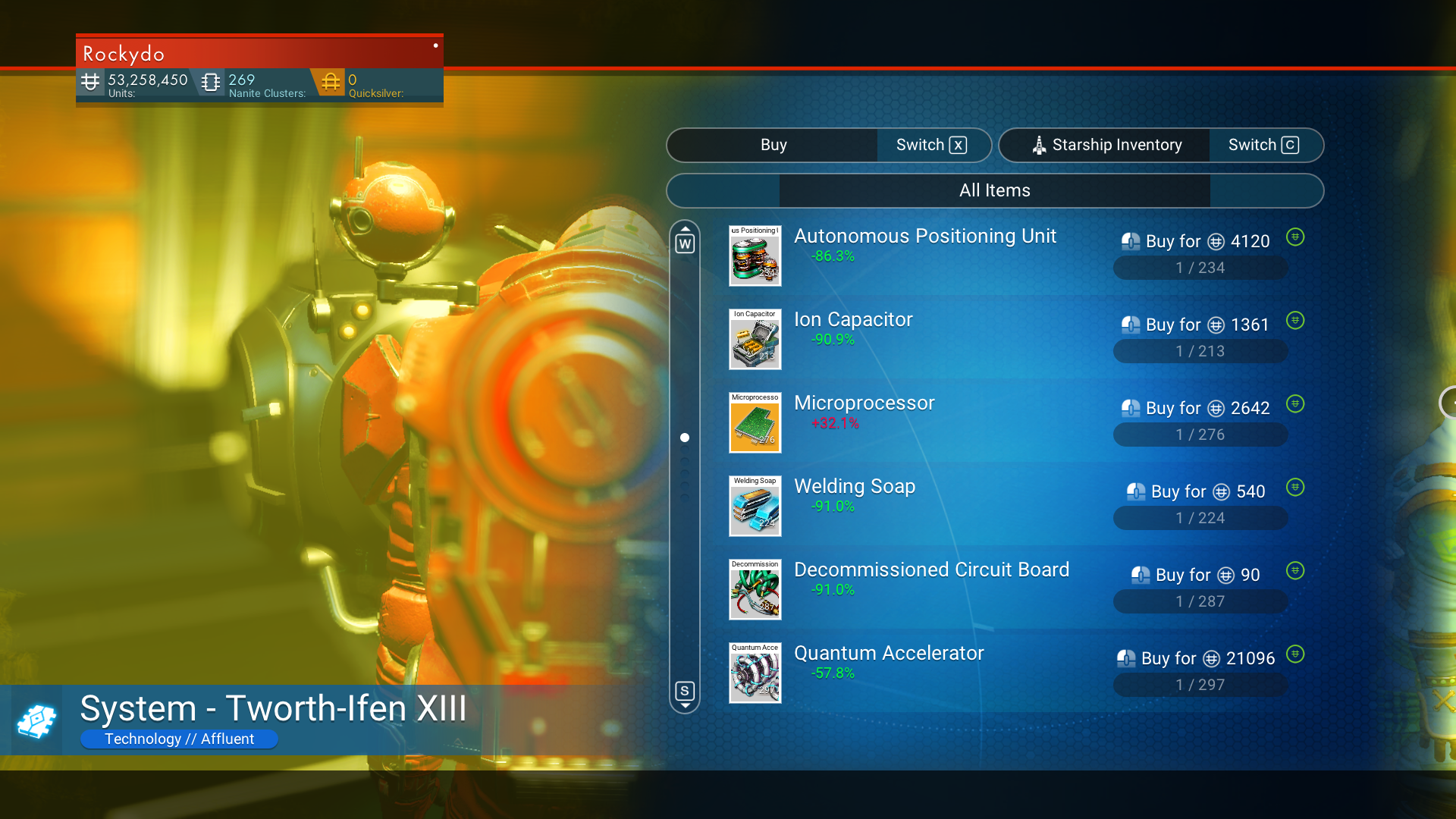 I’ve tried to give each item a realistic class although it wasn’t always easy, here are a few examples :

I’ve also added a few more smaller changes to go along with the trade overhaul:

I’ve tried to keep things reasonably balanced however there will probably be exploits and this definitely makes money making easier.