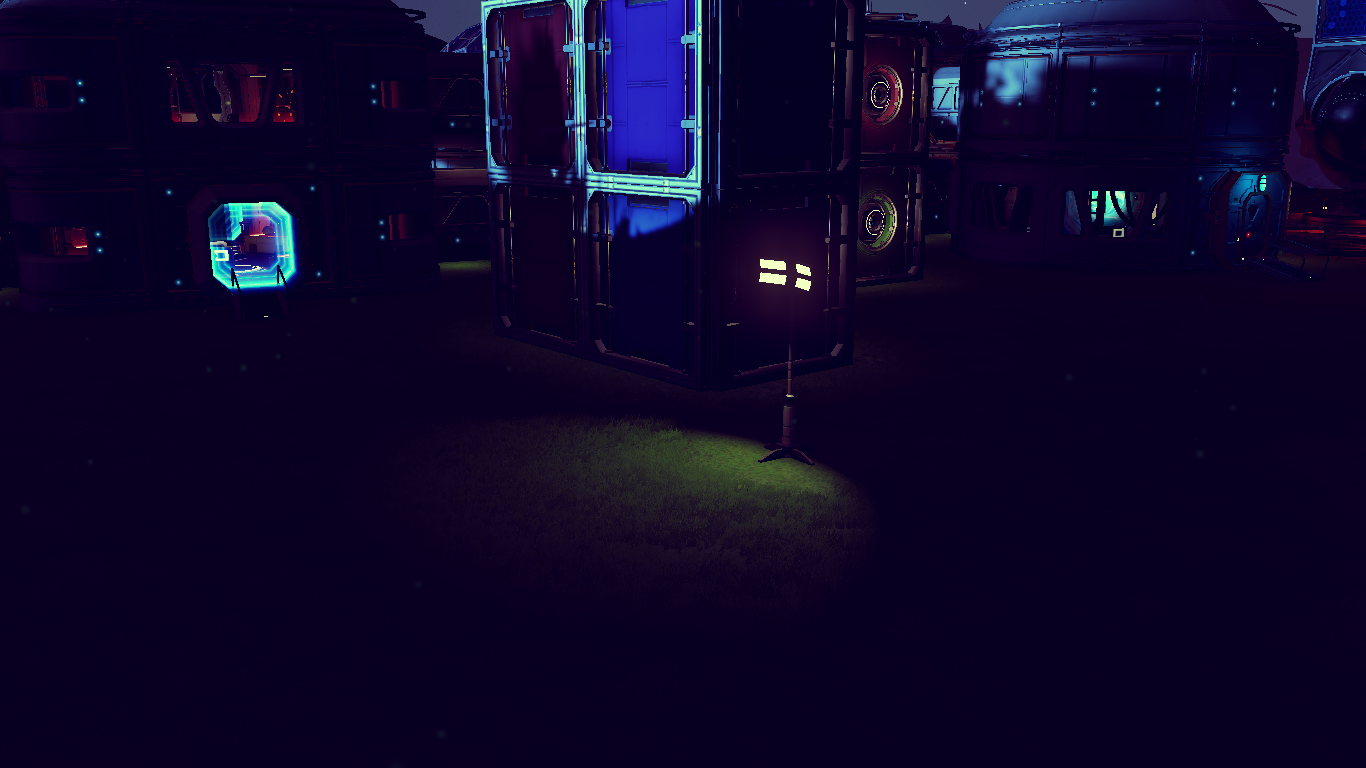 Modifies Standing Lights. Increases Light Intensity and makes 2 of the lights more directional instead of lighting around the light stand. And one of the stands has been left as default but has intensity increased. 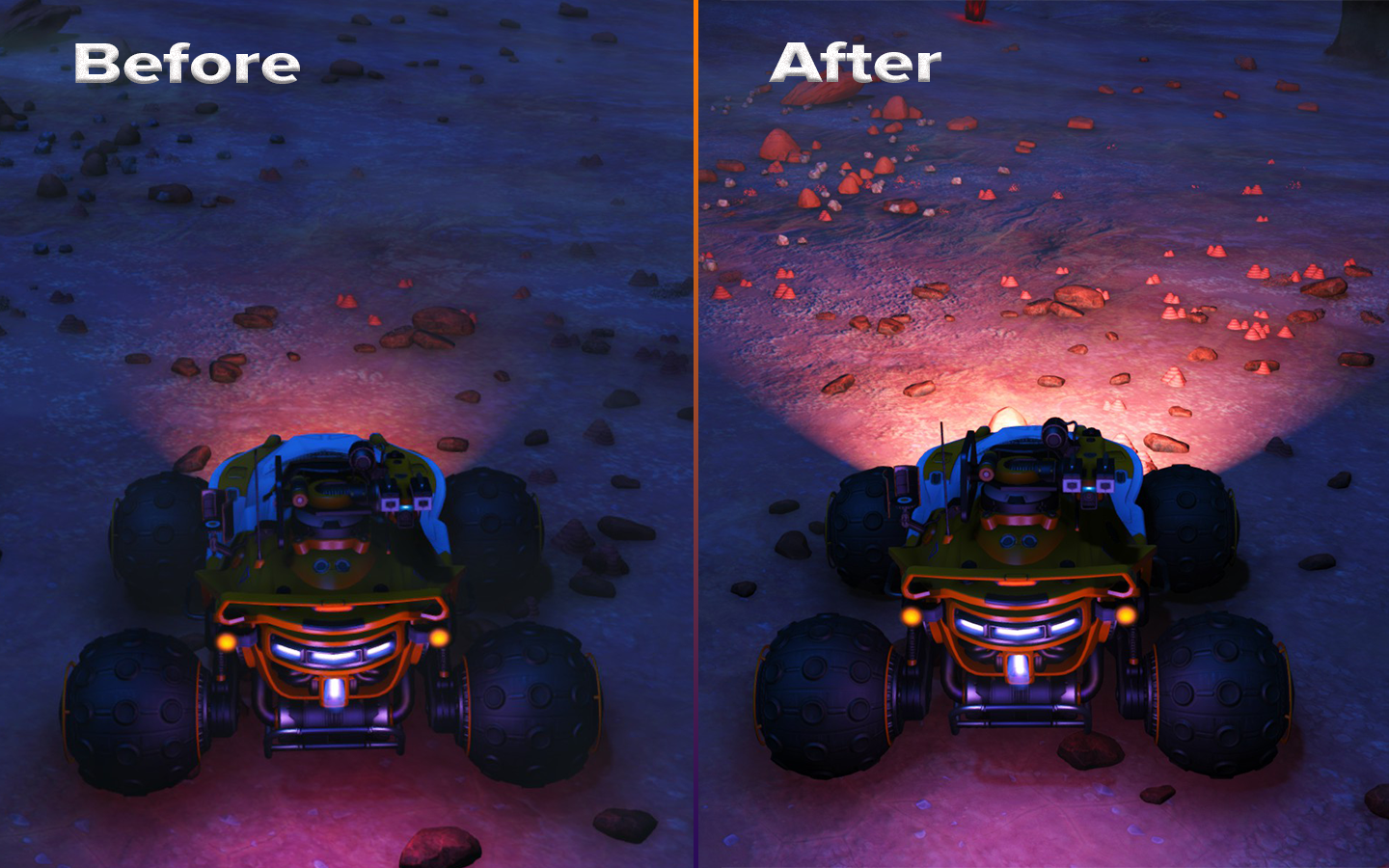 Ever wonder why your flashlight can light up half a canyon, but the headlights on the exocraft barely light up anything just a meter away?  Well, you no longer have to deal with such perplexing issues with this exocraft headlight upgrade package.

Note: unlike the flashlight, the lights on the exocraft continue to shine during the day, so you’ll see a bit of a bright spot in front of the vehicle, but it’s not too noticeable.

This mod should play nice with most other exocraft mods, except for any that change the looks of the vehicles.