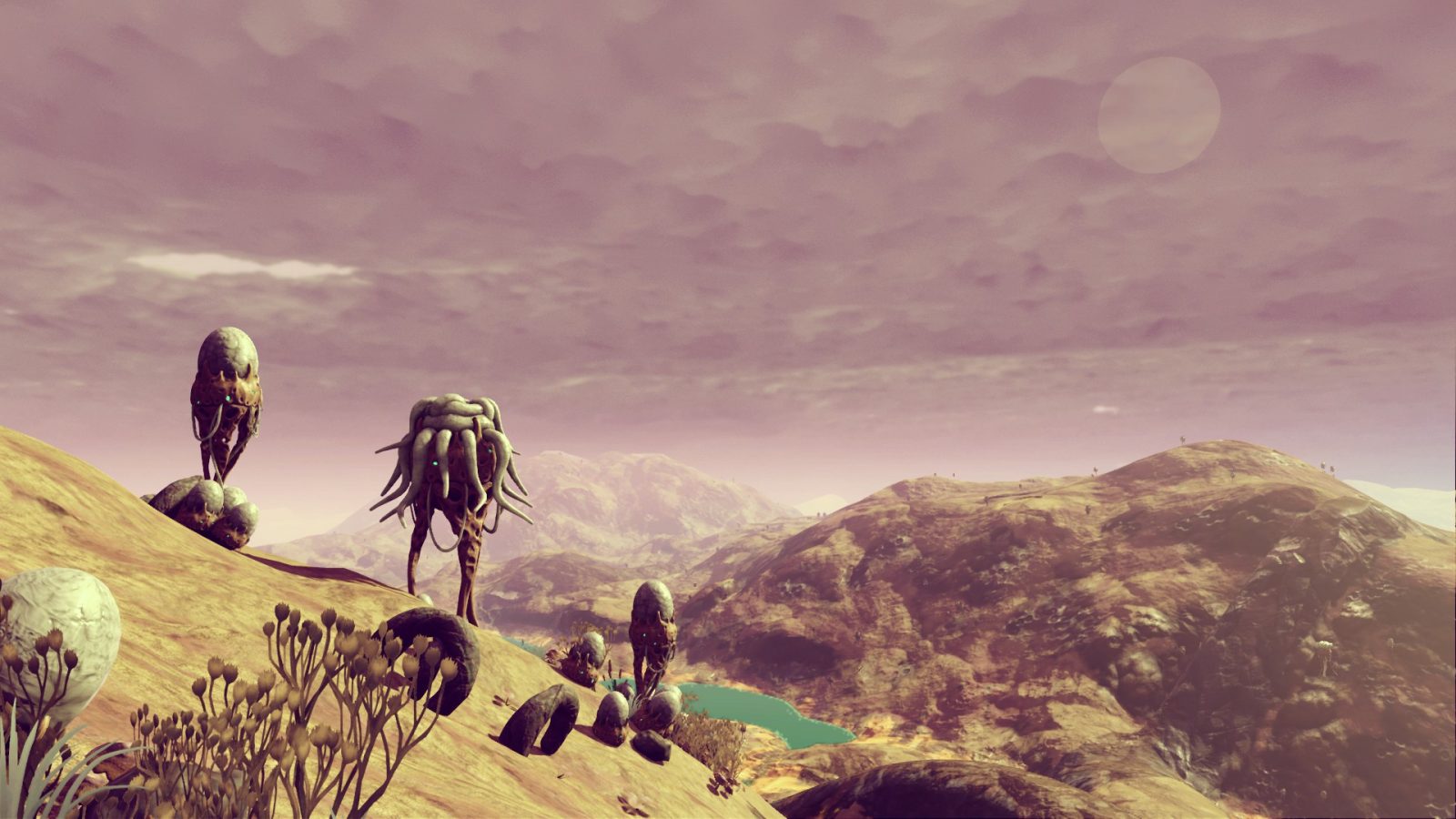 This mod makes a number of changes to make storms feel more natural and realistic:

Furthermore this mod doubles the duration of days and nights.

As a little side bonus, I made the atmosphere seen around distant planets in space is a bit thinner, as they look rather too thick in vanilla NMS.

This mod is incompatible with other mods that modify GCSKYGLOBALS.GLOBALS.MBIN

There can be no wind without an atmosphere! So let’s remove all that flying dust from no-atmosphere planets.

This mod is incompatible with other mods that modify CLEARWEATHER.MBIN

Natural Blue Water mod fixes the weird and garish blue water to have a much more natural shade of blue, while also allowing the water to better reflect the colour of the sky. 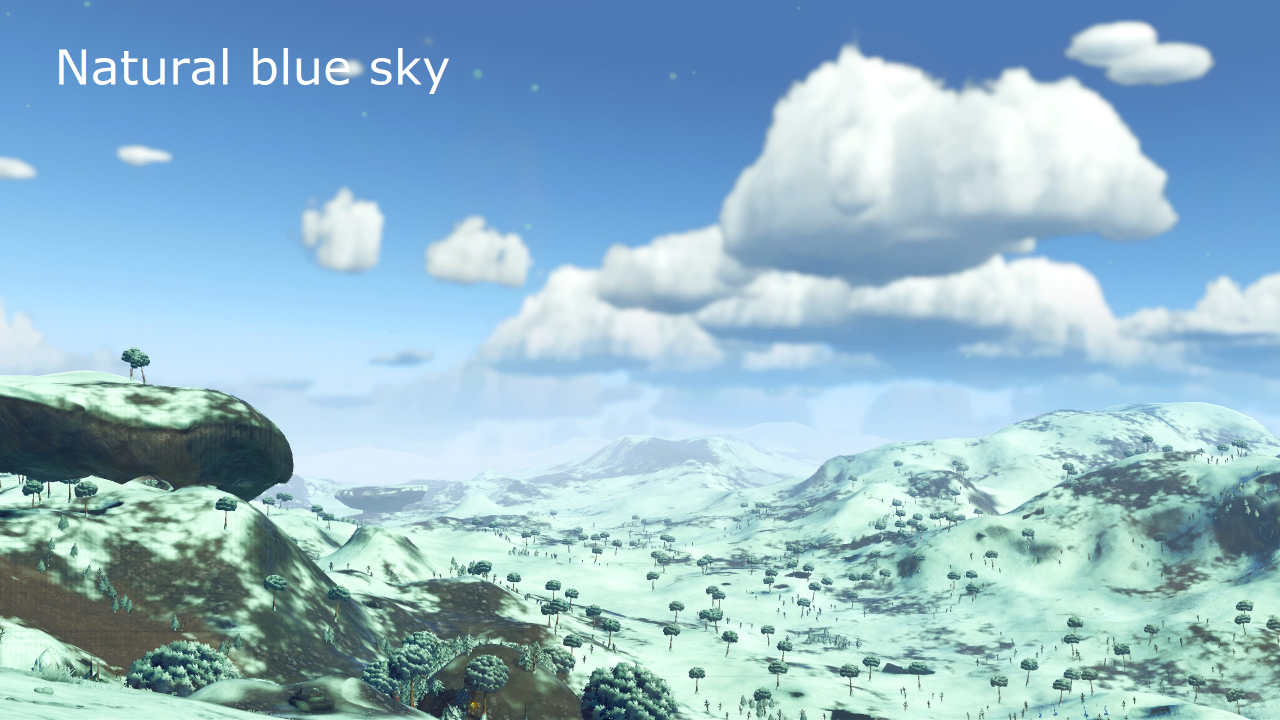 This mod gives all of your skies a (much) more natural look and feel by softening some neon colours, and darkening upper skies and cloud bottoms.
It also fixes the overly white fogs during rainy weather and storms seen in certain sky colours.

Now also contains an optional add-on mod to give your sunsets and sunrises a more natural look and feel.

Had enough of constantly being stalked by environmentalist sentinels during your routine grind for resources? Well, weep no more, because this mod will make those pesky hovering mini robocops things totally oblivious to whatever you’re doing with that beamy mining laser thingy of yours. Finally you can destroy the environment in peace, woohoo!

This mod is incompatible with any other mods that modify GCROBOTGLOBALS.MBIN

Spaceship landings in No Man’s Sky have always looked a bit silly, just dropping to the ground at 10+ feet. This mod aims to make landings look and feel more careful by reducing the “drop height” to about 2 feet. Aside from that, the spaceship will not tilt its nose up so much during the landing descent.