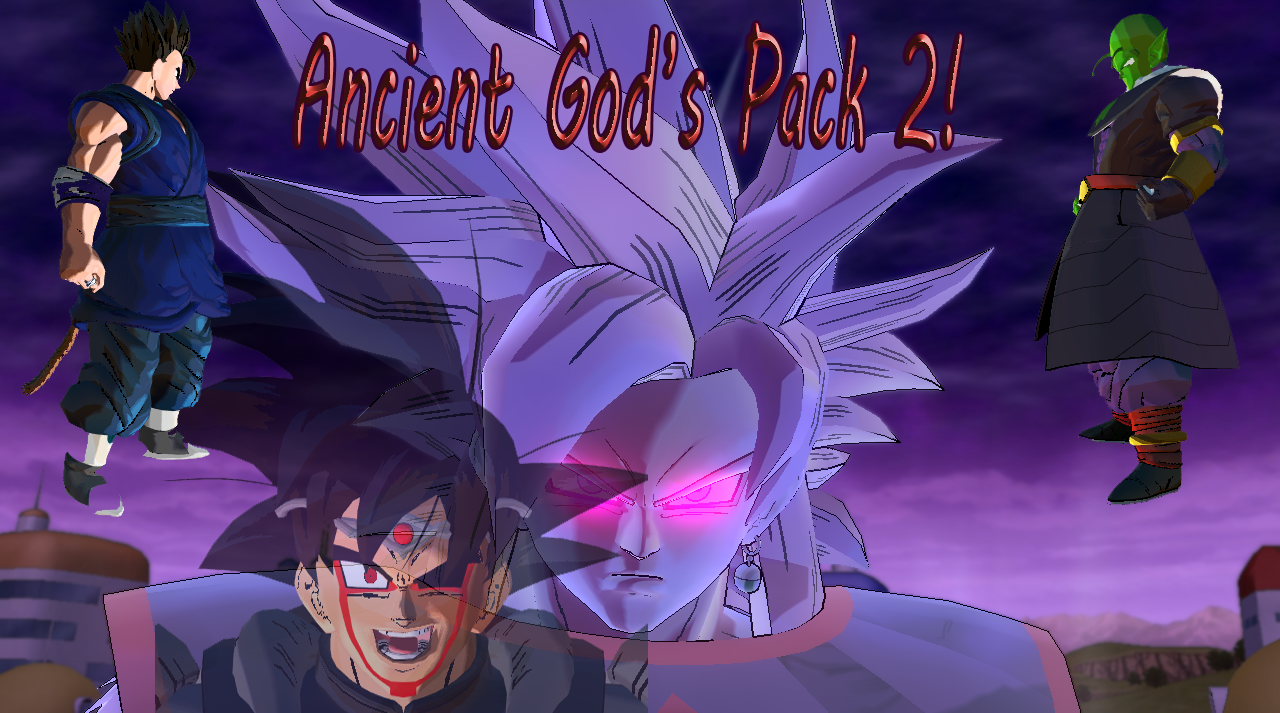 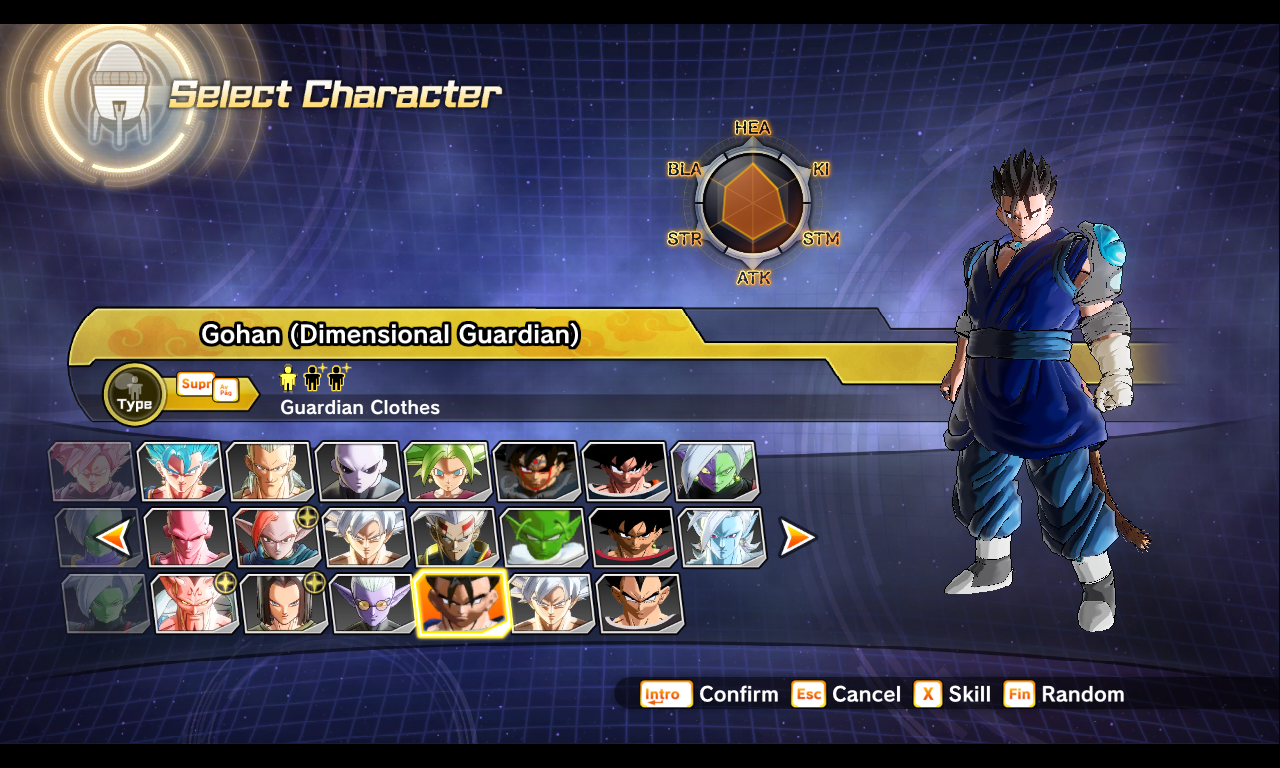 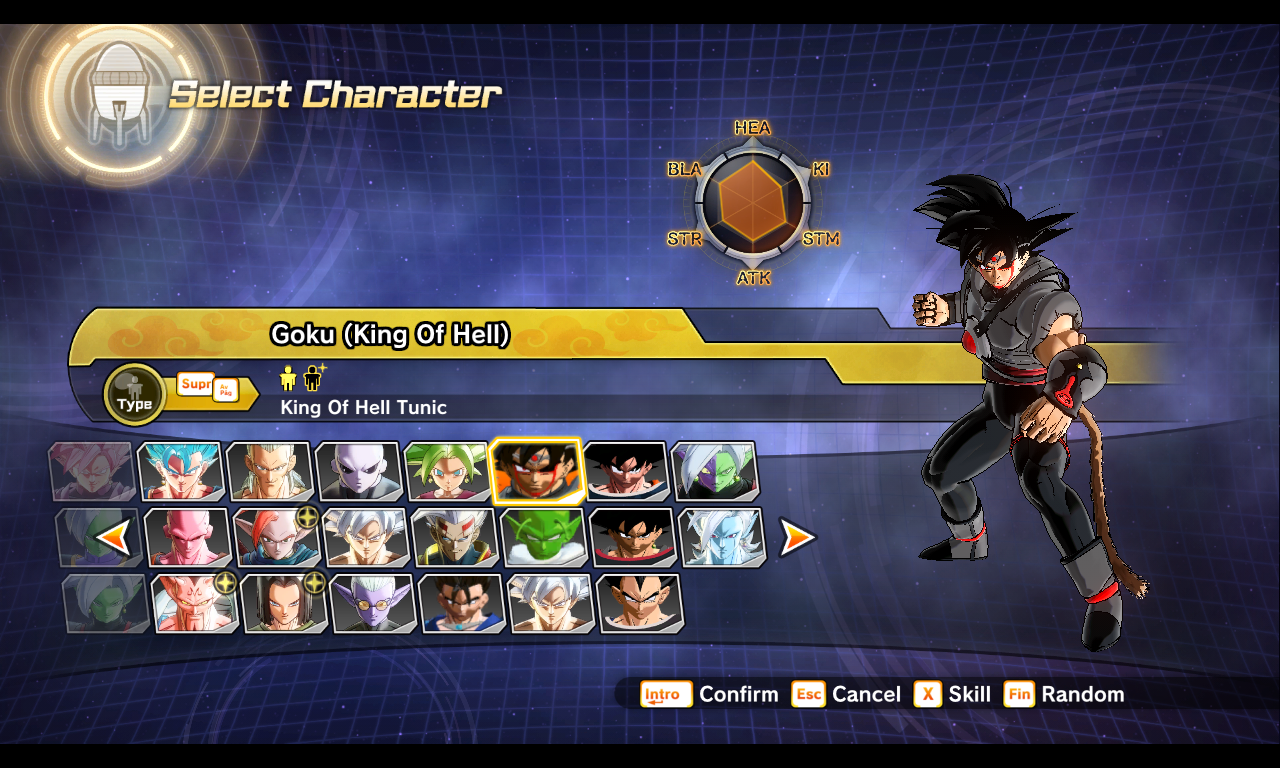 In the middle of the nowhere...

An amazing fight was taking place...

Black was trying to hit Goku, but he was dodging everything.

Goku: "I WILL PROTECT EVERYONE FROM YOU, BLACK!"

A black and grey aura was surrounding Black.

Black's eyes were fully purple and his body took a dark purple tone just like his aura...

Black was preparing a black kamehameha...

A beam struggle started because of the 2 kamehameha's

Vegeta: "Kakarot, we have to put more energy!"

Someone was standing in front of them, he created a shield before the Kamehameha took them.

Whis: "Goku and Vegeta are you okay?"

Goku: "Thanks Whis you really sav-"

Before Goku thanks Whis, Black stabbed Whis with his ki sword...

Black: "Hahahahahah! This is so much fun!"

Goku was fully enraged because of Whis' death...

He tried to hit Black... But Black was faster...

Black: "It's time to put my strength into the test..."

Vegeta's appareance was similar to Goku, his chest was hairy, his hair got a bit longer and a tail grew up at the back of his pants, but different, Goku's hair was red, Vegeta's was blue!

Goku: "Vegeta, you transformed too!"

Vegeta (in mind): "What's this power...? It's unbelievably awesome!"

Vegeta: "Yes, and you know what this means?"

Vegeta: "This means I'm stronger than you, Kakarot!"

Suddenly, a voice was talking...

Vegeta: "Huh? Who are you? Show yourself!"

Vegeta got knocked out...

An unknown guy emerged from the shadows... Wait... Another Goku?

Vegeta: "You'll be the one who's gonna die here, fool!"

Vegeta tries to hit Goku (King Of Hell) but he grabs him by the neck.

Black: "Heheheheheh... I'm you, but different"

Black: "No, indeed, I want to kill them too"

Black: "Let's cooperate, with you on my side, I will finally make my own reign!"

Goku (King Of Hell): "Heheheheheheheh... Alright, let's do it"

An intense battle began between the 4 saiyans...

Black: "Is that all you have? A simple technique like that won't work anymore!"

Vegeta had a hard time fighting Goku (King Of Hell)...

Goku (King Of Hell): "Does it hurt? HAHAAHAHAHAHA!"

Before Vegeta fires his Final Flash, Goku (King Of Hell) punched him in the guts...

Goku (King Of Hell) grabbed Vegeta by the neck and began to punch him in the stomach...

Goku (King Of Hell): "SCREAM! SCREAM FOR YOUR LIFE!"

Before Goku went were Vegeta was, Black stopped him knocking him out

Black: "Do not interfere!"

Black: "This is a special occasion, I'll kill you and then my reign will be completed!"

Black: "You and who? Vegeta? Don't make me laugh!"

Vegeta was screaming... He started to cry...

A voice talked from the shadows...

Goku (King Of Hell) got punched in his stomach letting Vegeta free.

Black was kicked in the face.

An strange portal was opened and from that, a familiar namekian and saiyan came out.

The light that emitted the portal went off...

Gohan: "It's a shame that you don't recognize me, dad."

Piccolo and Gohan... Both transformed into 2 beings with amazing power...

Gohan: "You know, this transformation is in a whole different level than yours."

The duo between Black and Goku (King Of Hell) was no match for Gohan and Piccolo... Now, an extreme battle will begin between both sides to save the multiverse from its destruction!

Q: What about the quests?

A: I make another file for that, the download is 564 MB so it would take a lot of time

Q: What about the costumes?

A: I'll make a special pack for that, so don't worry.

You may be wondering who the hell is "Goku (King Of Hell)", well, he's Goku from a timeline where he was pure evil and got consumed by evil energy (like janemba) and became saiyan with demon powers. Also, Gohan and Piccolo are from the same timeline as Goku (King Of Hell), Gohan received the title of Dimensional Guardian because after his father's death, he was the only one who could save the multiverse alongside Vegeta and Piccolo. Piccolo became Ancient God after Grand Elder Guru's death, Piccolo absorbed the remaining ki that Grand Elder Guru had before he dies, that's how he gain God powers, also, he was fused with Nail, so that made him more powerful