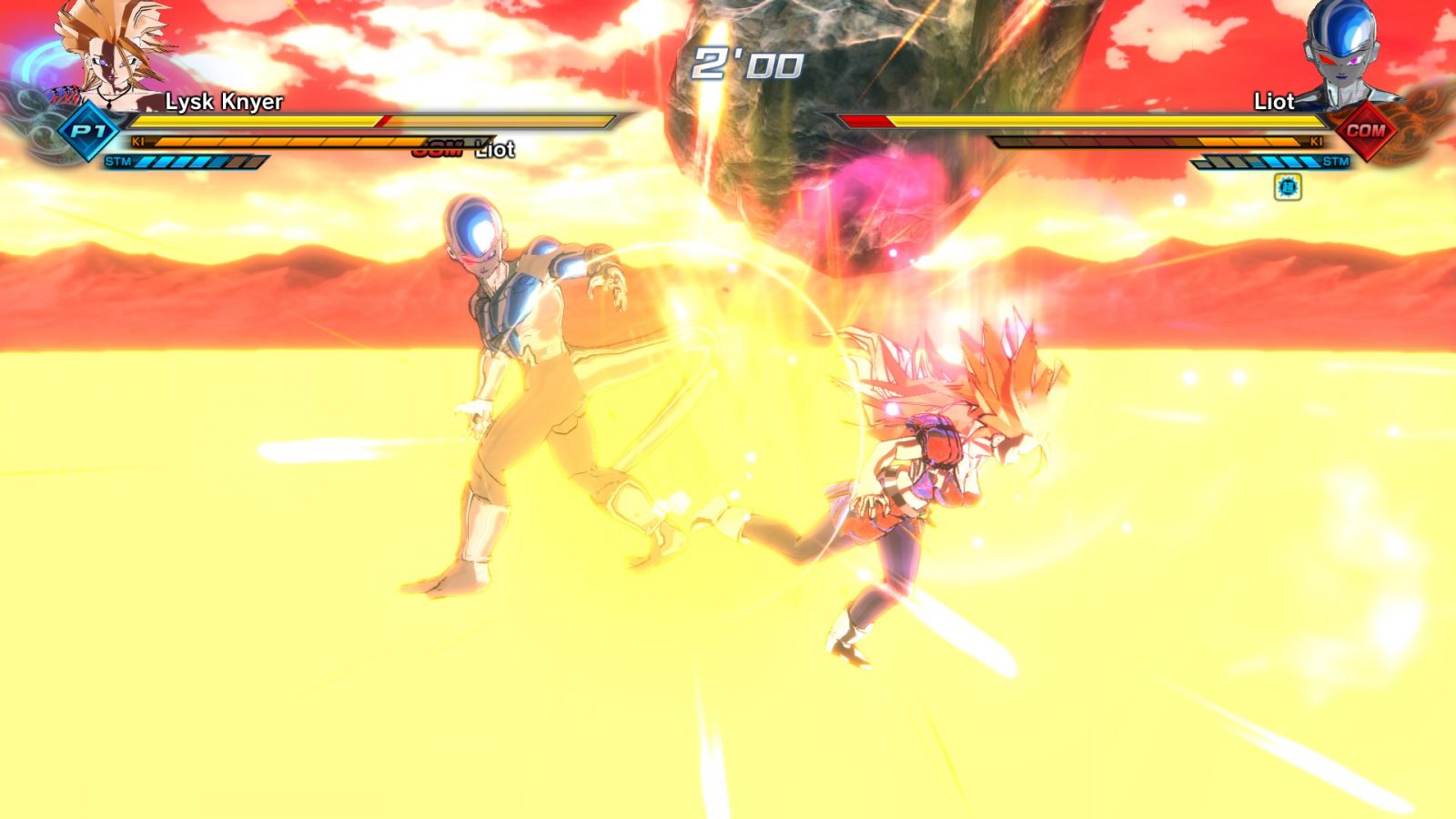 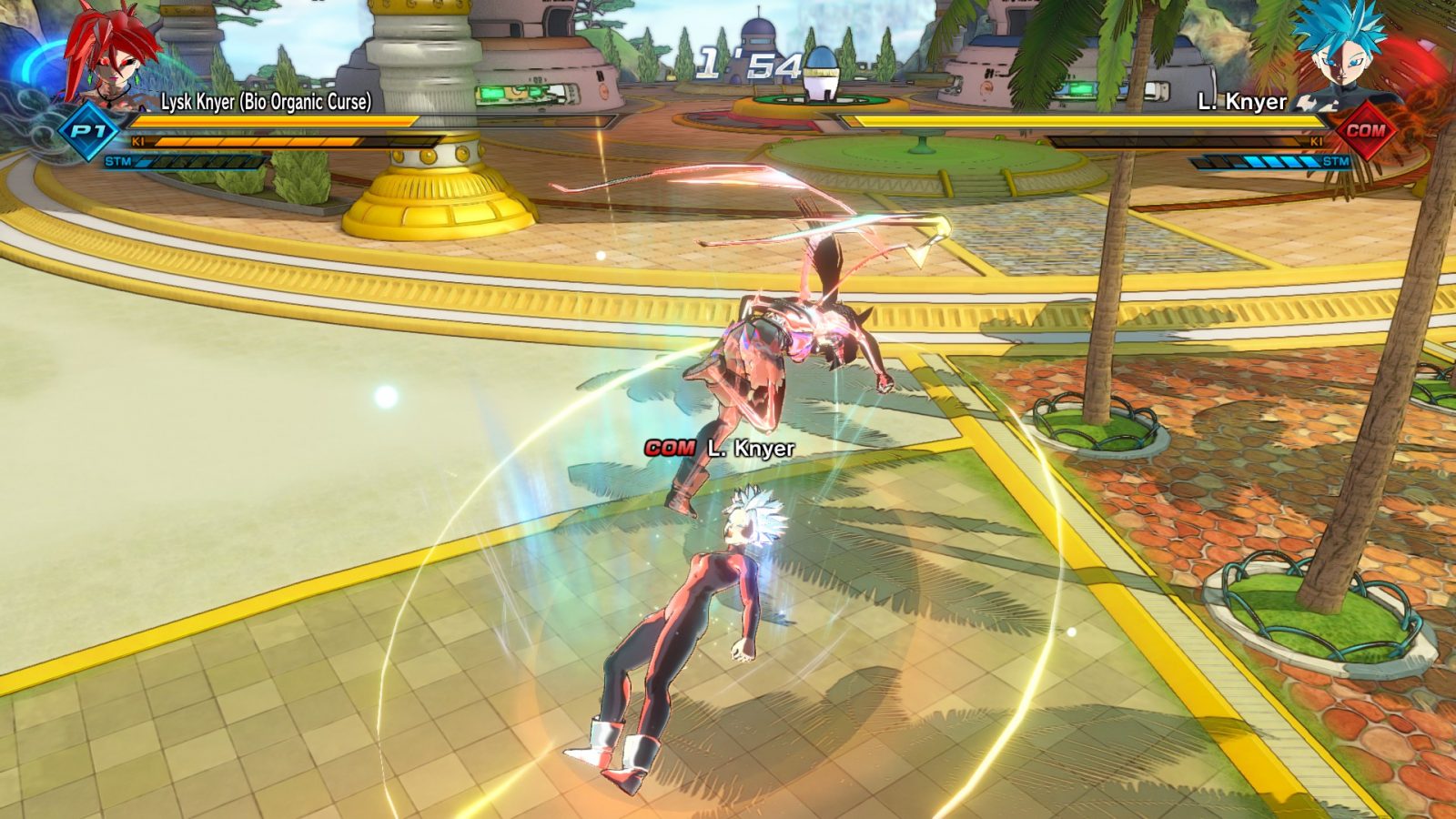 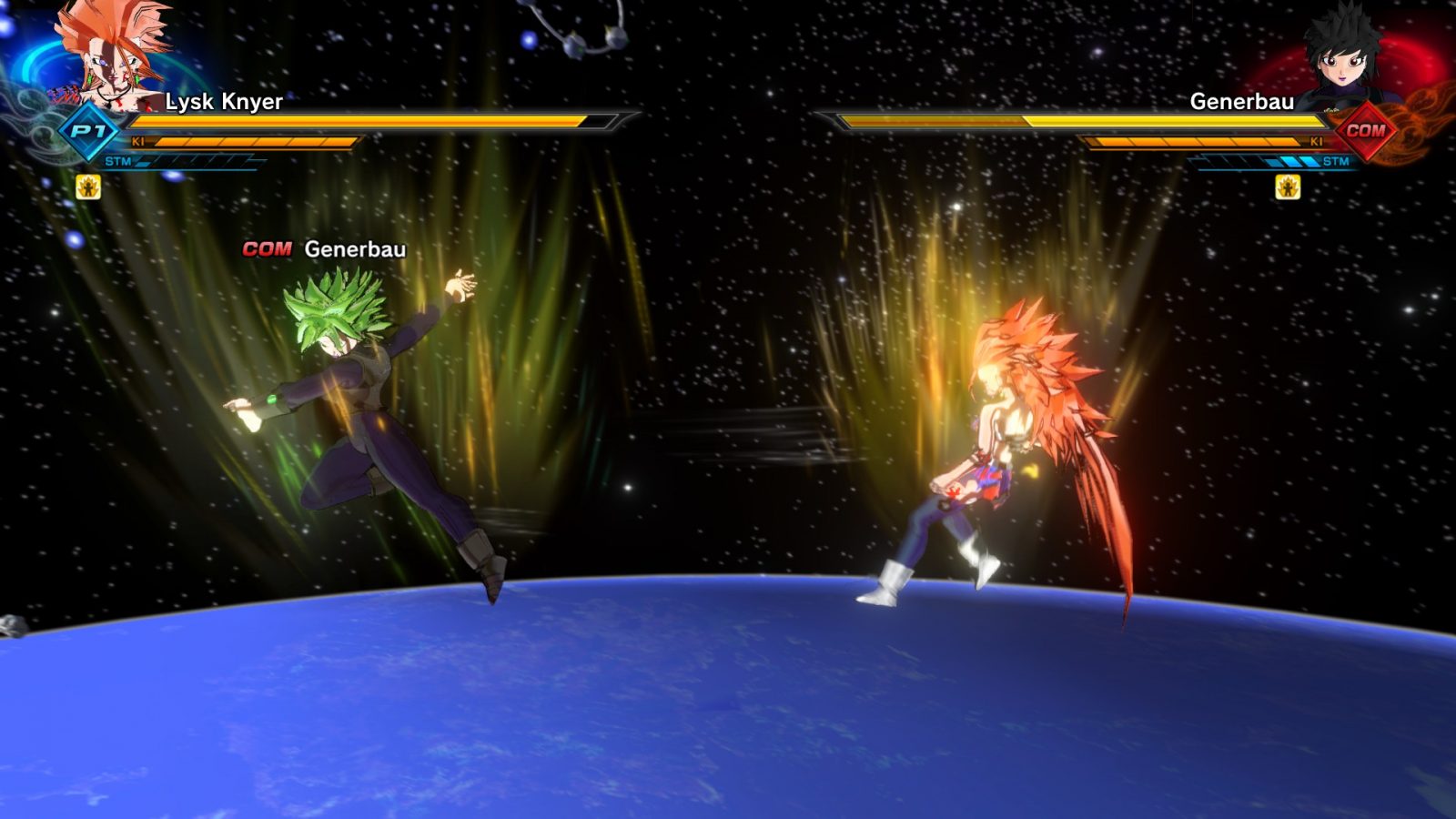 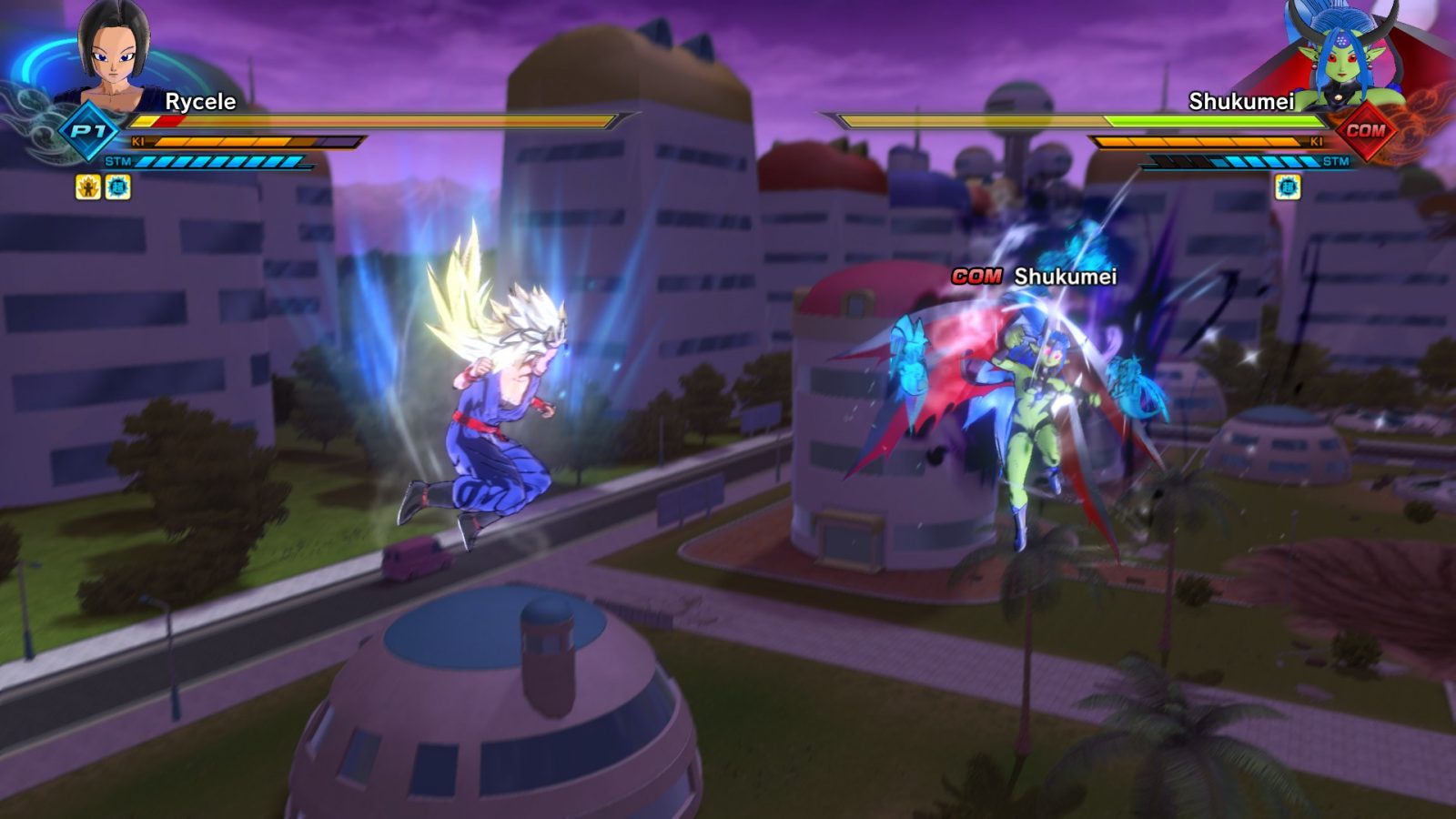 I have created some OC villains for my CAC/OC  and a Saga for each one As Knyer power was rising with XV and XV2 events  (Like getting SSJ3 and Blue power  normaly ) under the logic of the events after Trunks wish  , but as she had an origin (A red tail only relevant in alternate events , but the same nemesis ) history an more adventures to live when returning to her dimension:

*Knyer joined the TP at her 21 years ,then leaving the TP at her 35 years *She is just a half blood saiyan , nor a princess neither an OP Saiyan *My second CAC , Varhazej   was her best friend ,they did a fusion * Her best friend from her origins  feels like when Masami Kurumada invents Isaac for Hyoga ( refer to Saint Seiya) *The best way to set custom TP is after XV2 events linked to the path when she leaves it