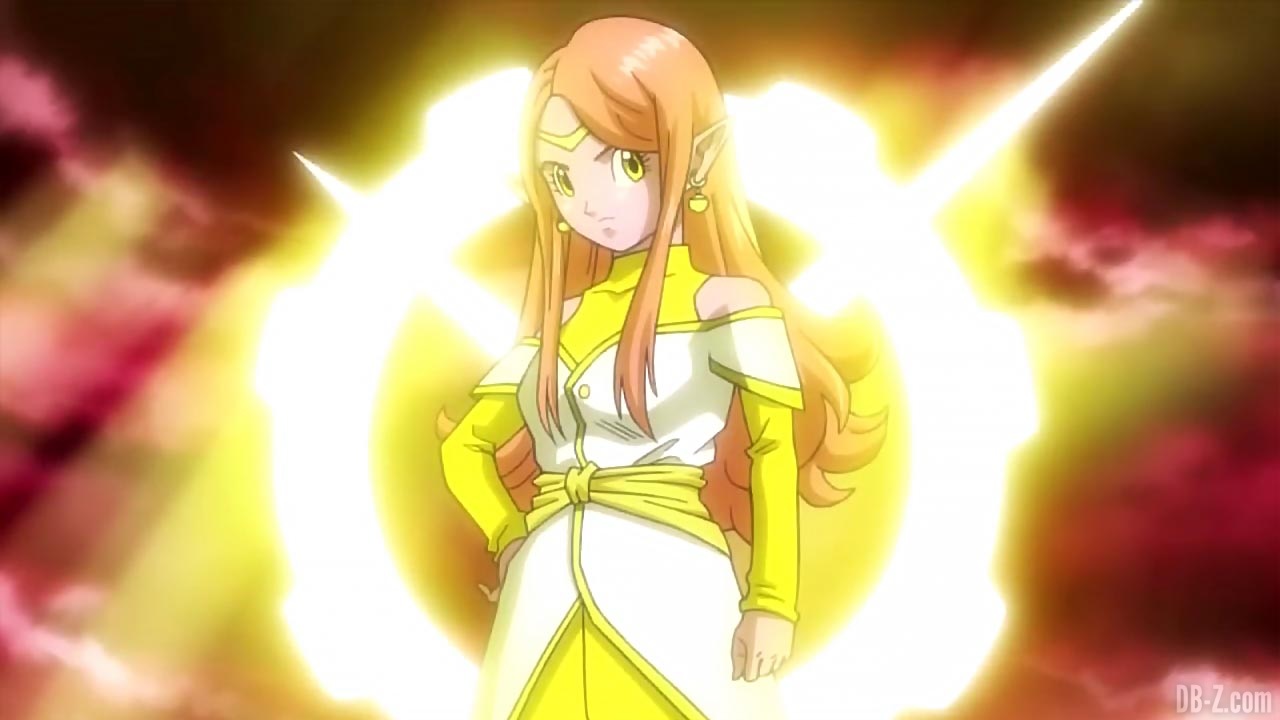 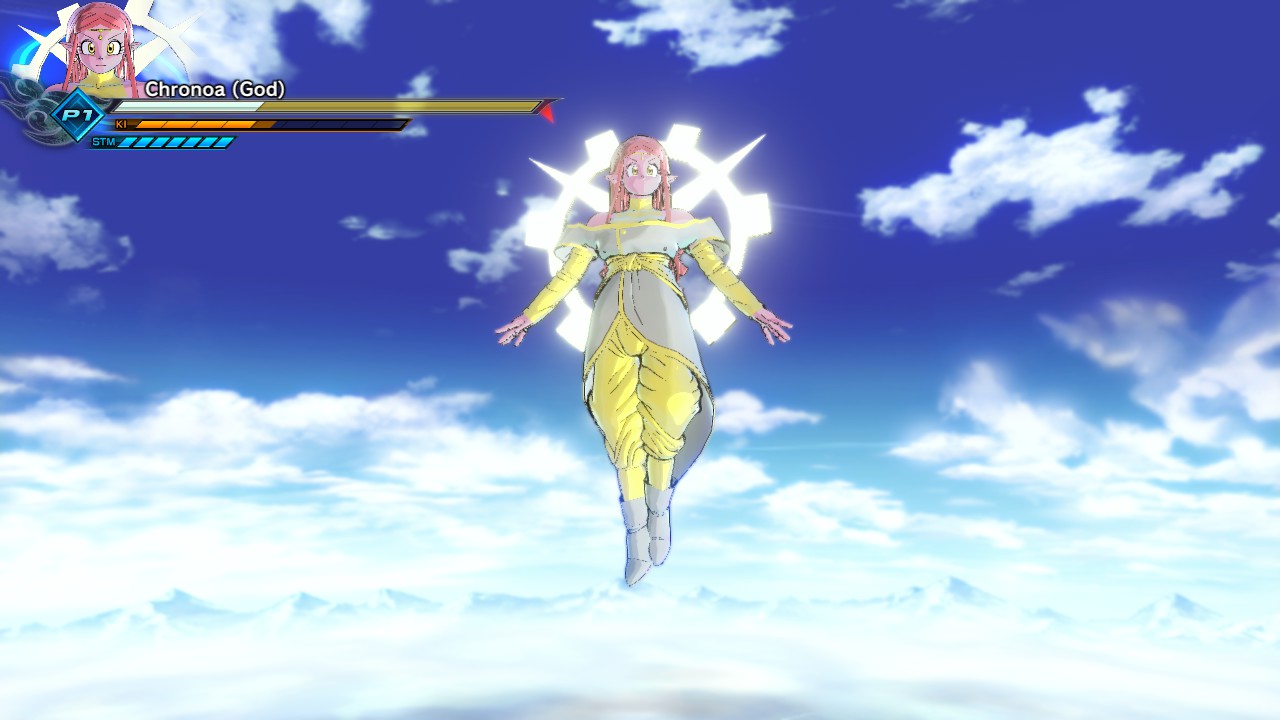 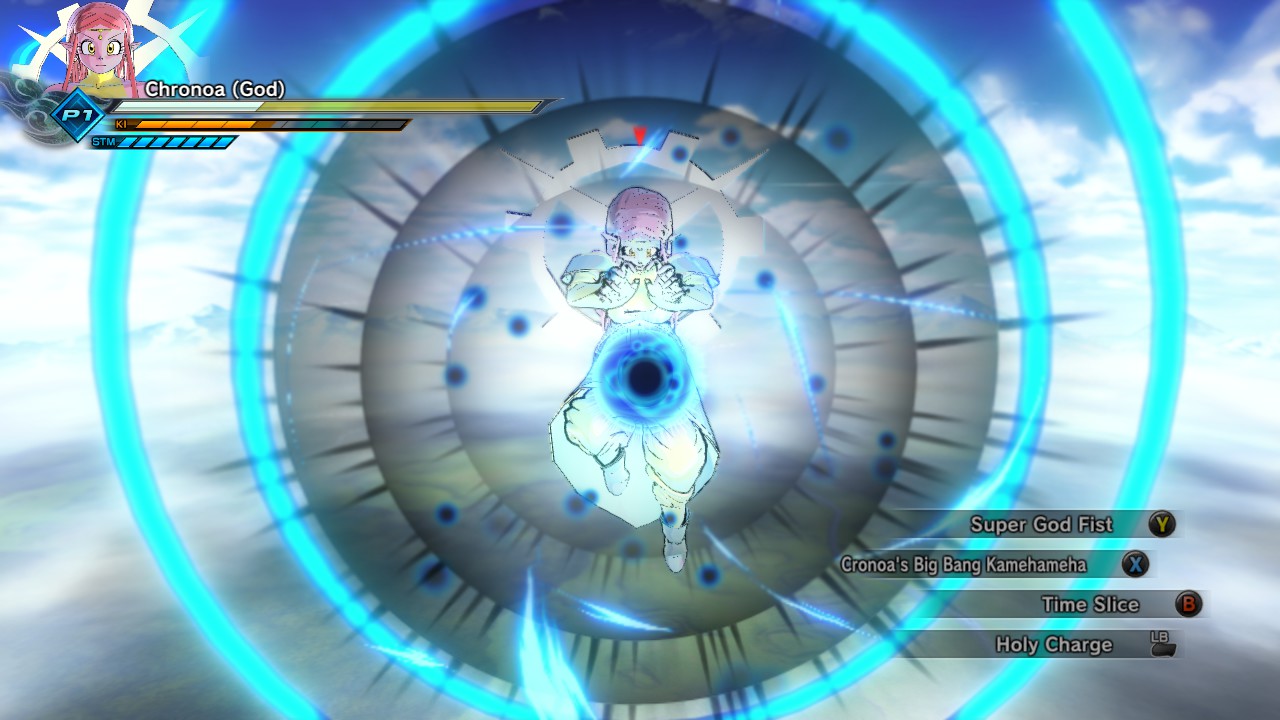 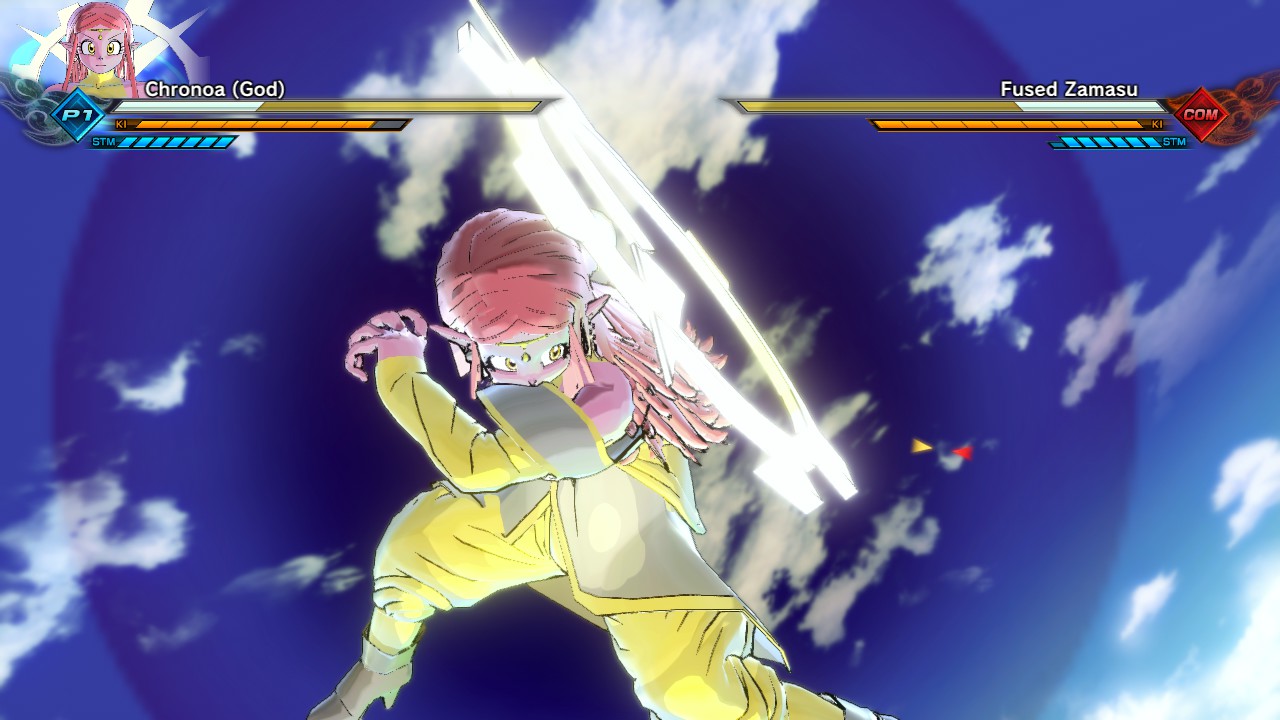 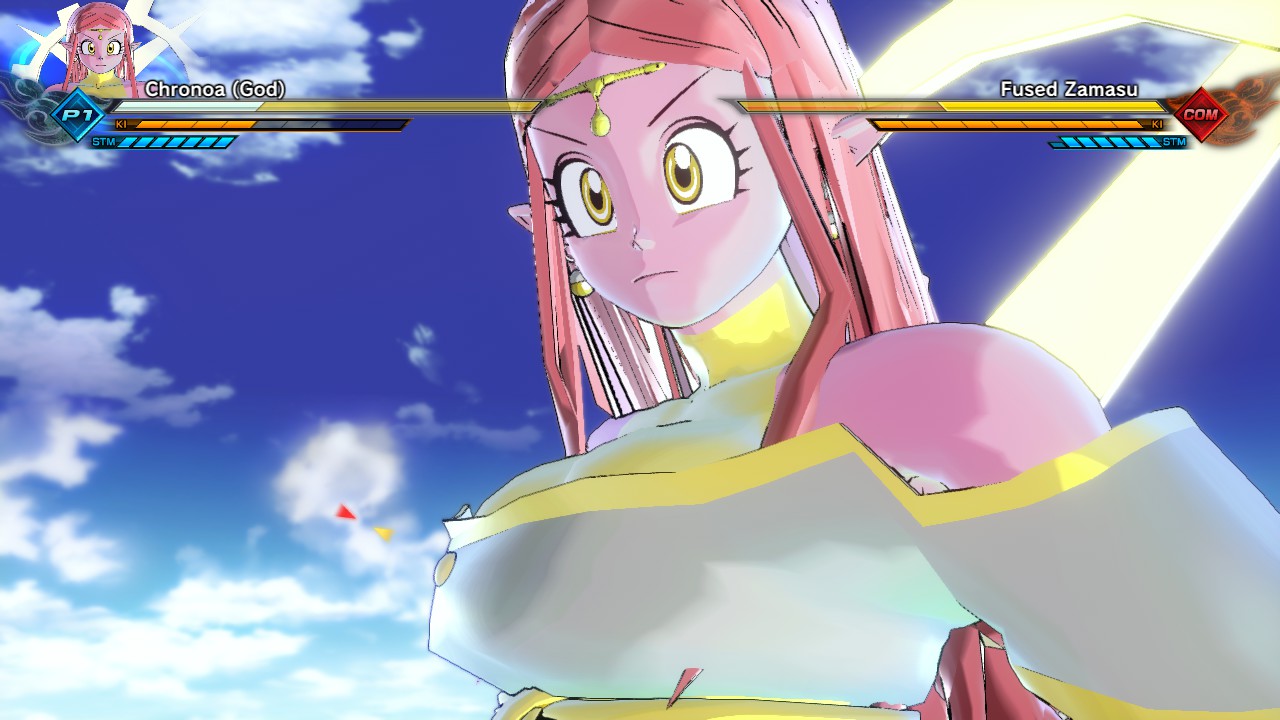 Hello there. Like my previous upload of Super 18, I and Dexio have this time officially collaborated, this time along with Draconis, to update a previous character mod with much more functionality and higher quality overall.

The Goddess of Time: Chronoa, in her new form from Super Dragon Ball Heroes.

Some quick notes. Her custom Big Bang Kamehameha skill now comes with a much shorter minimal charge time and can now be launched by simply tapping the skill instead of it requiring to be held down. Holding it down still does more damage and has more range though. Time Slash works much faster and can land more reliably mid-combo, as shown in the preview video.

If you change any of her skills, the Ki Blade on her combos will vanish, you have been warned.

Additional credit to Libra_no_Alexander 190™ for tweaking the model of her halo and rigging it to her body so as to not clip through it nearly as often as before.

Now that there is an official Chronoa in the game, I have updated her voice to reflect this with some minor changes to her skill layout to go along with it.