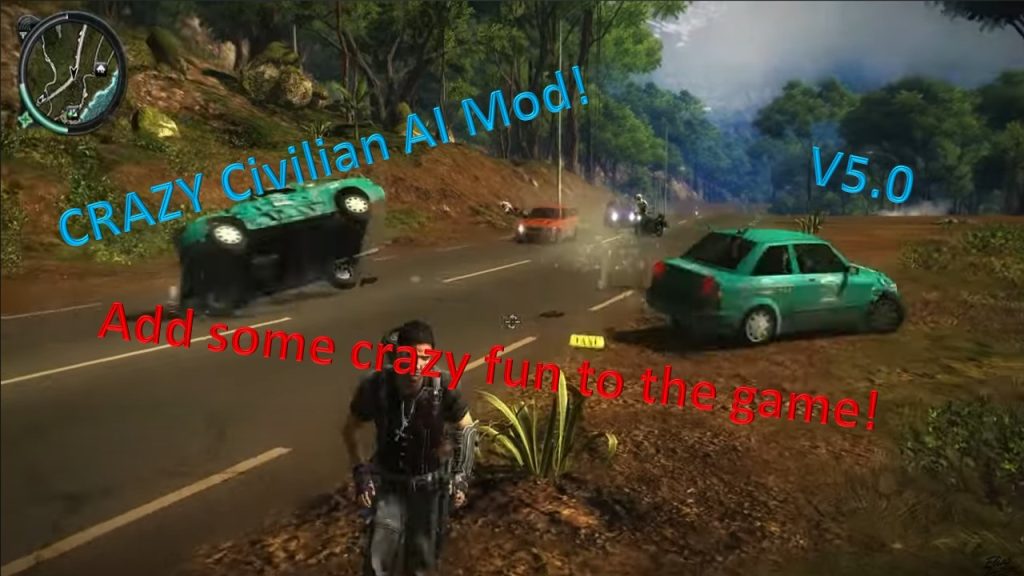 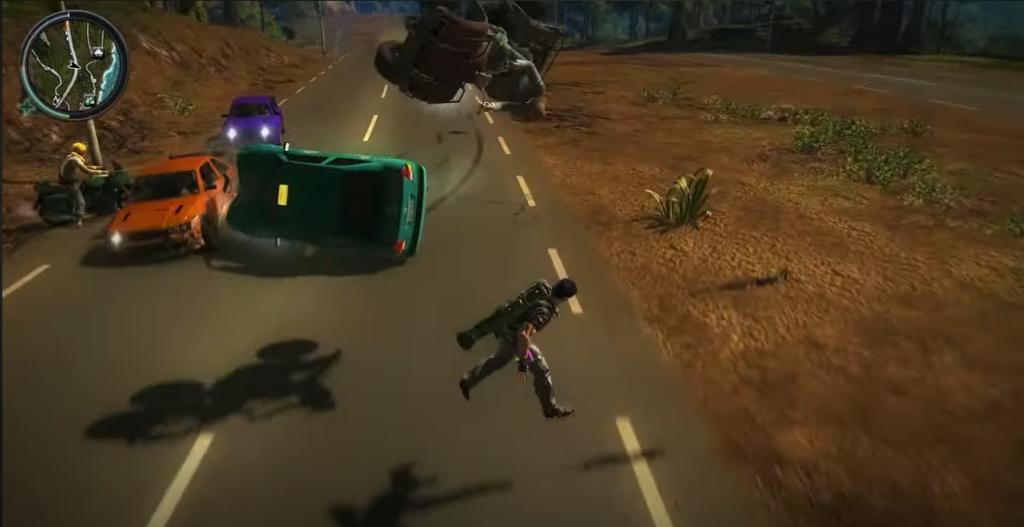 Crazy Civilian AI created by mandella644, just re-uploading since it disappeared. Makes the NPC or AI traffic drive as if they have hit the sauce wayyy too much. They will drive really fast and out of control. All credit goes to mandella644 for the all work of the mod.

If you don't look both ways when you cross the street when you've got this mod installed, you're as good as dead!

See the Folders for the version you want.

Version 3.0 (The Classic Version - The one that really started it all.) - Civilians drive very fast and out of control. - They crash a lot, including crashing into YOU. - V3.0 added aircraft struggling to get airborne to the mess...

What could possibly go wrong?

Version 3.5 All the fun of Version 3.0, plus... - Troops will occasionally get pissed at the civilians and will start shooting them.

Version 4.0 This version is not only crazier, but it's downright insane. - Planes attempt to land - Most fail, therefore the AI constantly crash their planes - Some values have been tweaked to place less stress on the spawner - The Panauan Military have upgraded their gear - Faction gear and behaviors have also been tweaked - The AI will sometimes land Pell Silverbolts into the water

Version 5.0 - This is a fine-tuned version of version 4.0 which removes all previous annoyances. - This version ups the crazy level to DEFCON 1. ULTIMATE CHAOS!

See the Folders for the version you want.

Copy the files from the folder. Place all those files in a folder called 'dropzone' dropzone is located in your JC2 directory.

NOTE: If you don't have a dropzone folder, you can create one. Right-click in the game folder --> Create New folder --> name is "dropzone"