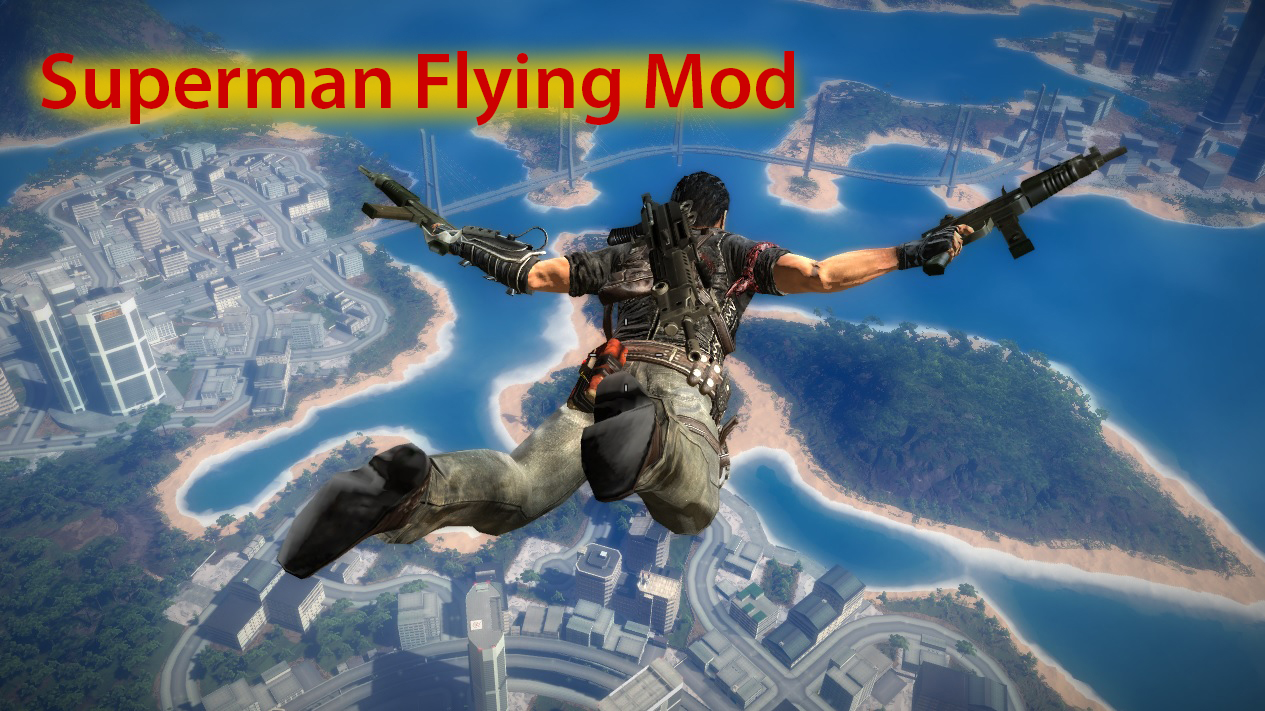 See my tutorial on how to install single player mods to use in multiplayer.

Due to the original post being corrupt, I've remade it so I can make changes again.

Everything is exactly as it was before. Trigger the parachute as you would normally, then use the invisible thrusters to fly around.

If you want to change speeds, go to: Blackmarket > Then choose fast flying, or slow flying.

All files from the original mod have been converted to archive files which allow it to be used in Just Cause 2 - Multiplayer.

The only issues we have are that the servers control both the parachute and parachute animations. All this means is that the parachute is still visible to other players, and Rico's body is up right, as if he was still holding on to it.

If you find a server which allows you to customise the parachute, if you select 'Chaos', that would be the Fast Flying option.