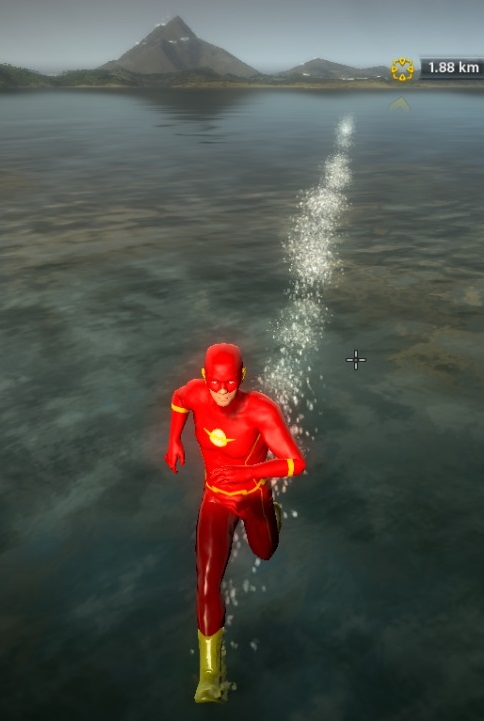 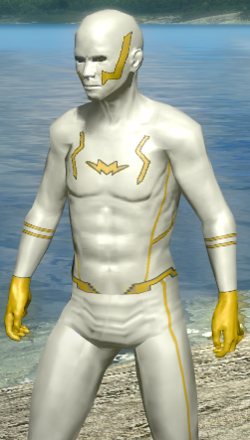 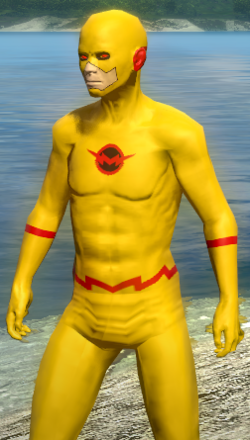 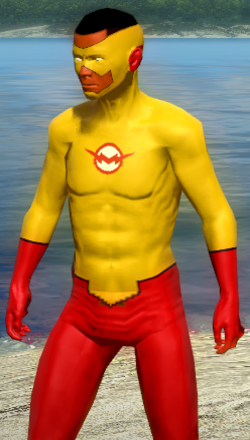 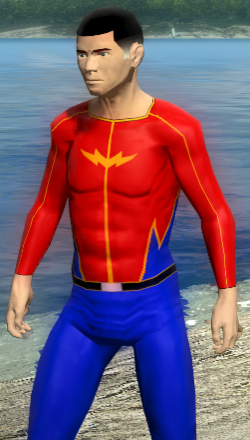 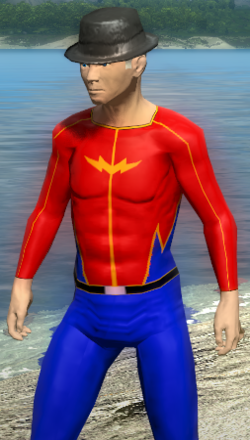 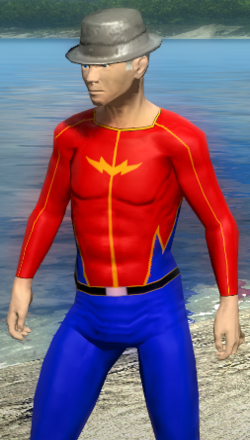 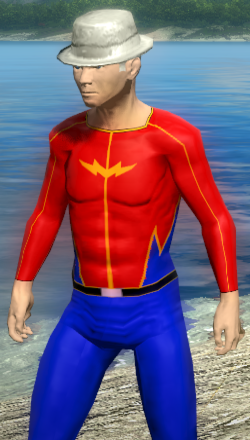 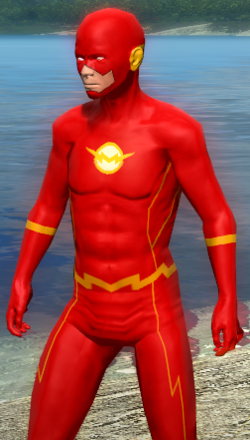 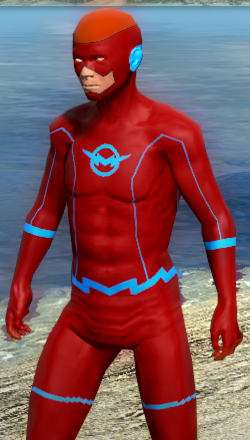 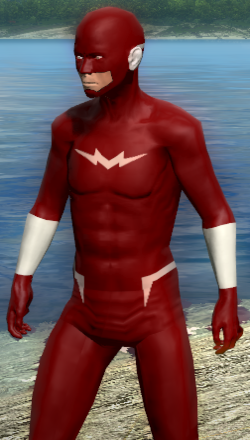 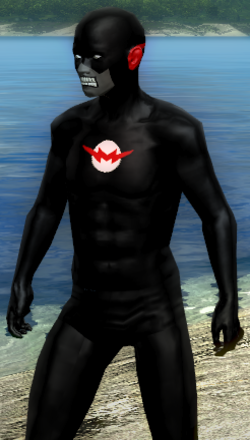 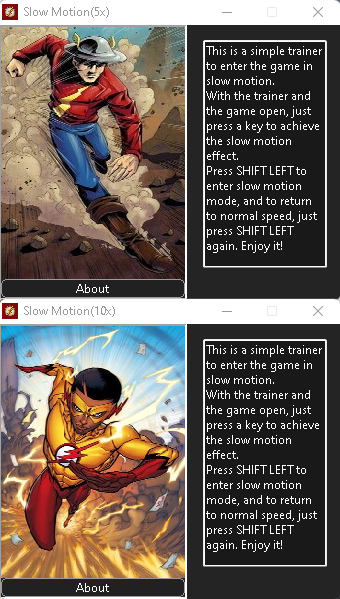 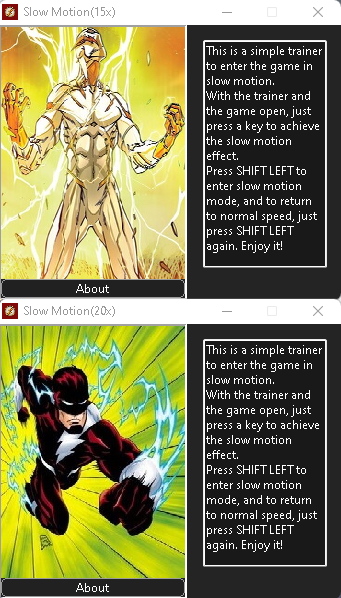 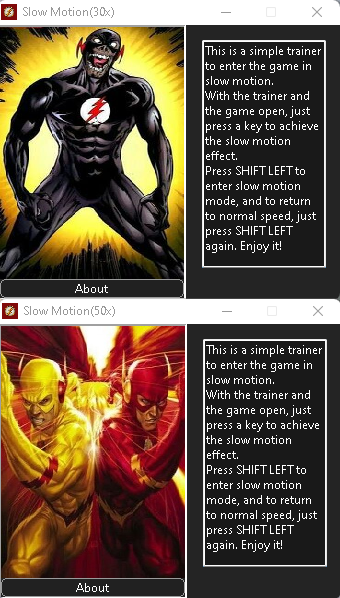 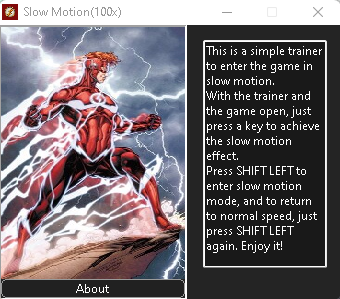 This is my first mod for Just Cause 2, I made the Ultimate Flash Mod, the mod contains 8 new skins with 6 of them never having been created until the present moment, they are: God Speed, Reverse Flash, Kid Flash, Flash (Jay Garrick) with 3 different hat colors ( I had the help of modder Ozzey_Lee to add the hat to the skin ) , Flash (Barry Allen), Flash (Wally West), Dark Flash (Walter West), and Black Flash. I designed the clothes pixel by pixel and tried to put as many details as possible in the skins, I was based on the clothes of the comics and the TV series THE FLASH. I used paint.net program to make the skins. ( NEW CHARACTER: FLASH - JAY GARRICK! )

I managed to make the Flash run on water, yes ! Now the characters can run on water smoothly without any kind of problem, it technically doesn't run over the water it floats over the water, the game considers water as a solid surface making it possible to float in a straight line very close to the water and that's why he moves as if he were really on a solid surface, he can walk and run ...

To run above the water is quite easy, you need to go to a beach and stay at the same height as the water and then just run or try to float above the water as you want, because it will be straight and you can run on the water. If you simply run on top of the water it will float on top of the water, meaning that it will not have contact with the water as it will be on top of the water. If you want to run and leave the water trails behind it is necessary to do the same procedure, but you will have to be with your feet inside in the water and use the slow motion Mod ( a few attempts are required for this, but it is not difficult ) and that way when running it will leave beautiful water trails behind! To master the art of running in the water it is necessary,a little training so don't expect to get it on the first try. I recommend that when you are in the water do not jump because you will be standing in the air and in ground you will up to 30 meters and will falling ( I can't change this ! ), This is the best i can do.

I made new running speeds for the Flash, I timed and measured according to the game's distances and found that the standard RICO speed is 20 km/h, and his running speed is 30 km/h, that is, Sprint 1x=30 km/h , that means that all Sprint speeds done until today for Just Cause 2 are wrong because if you put Sprint 10x that would be equivalent to 300Km/h but when I measured the character it run at 150 km/h. this same logic applies to Sprint 20x which should be 600 km/h but in reality it runs at 300 km/h.

Now this is no longer a problem because I corrected all speeds and created others, among them are:

Here are the biggest added Sprint Mod ever made to Just Cause 2 with new super speeds and don't crash the game, have fun running in the water! ( I recommend using the Slow Motion Trainer to appreciate the high speeds ), you can use this mod during the missions, if you want, there is no problem.

I made 7 slow motion Trainers that decrease the time in 5x, 10x, 15x, 20x, 30x, 50x and 100x times slower than normal game time. The Trainer is a Program It is not a mod, meaning it is not necessary to put the Trainer in the Dropzone folder to work, It will open automatically with just 2 clicks. To use the Slow motion Trainer open the game and then open the Trainer. Inside the game open press: Ctrl + Alt + Tab , to exit the game screen and open the Trainer and then return to the game with Slow Motion Enabled. Press SHIFT LEFT to activate slow motion and press SHIFT LEFT again to stop slow motion. I recommend assigning the "C" key to Sprint, just for ease of use

With Explosive Attack you can explode a tank in 2/3 hits!

I also added Optional Mods that I thought would be interesting to put together with the flash mod and includes: Camera mod ( 1 person mod, closest camera), Infinite Health, Matrix bullets, Clones Skin Mod, Chaos In Panau, Better Roads (for me it's the best version roads ever made), and Big Explosion mod.

It took me 300 hours to make this mod, I hope you like it!. If anyone put something from my mod (Skins, Sprints, Run on Water, Slow Motion Trainers, Special Attacks) in the next mods you give me credit, I think it would be fun if i could put this mod on the Multiplayer Mod i don't know if it's possible.You need WinRAR and be registered on this site to download. If you like the Flash mod, rate the mod from 1 to 5 stars (To rate you need be registered on this site) , Coment and Rate! Enjoy it!😊

- I updated all skins, mainly Reverse Flash and Kid Flash (I changed the yellow tone of all the characters to make them more visually pleasing), and improved some other minimal details of all the other skins, for example, I made an outline in the masks to have a better separation between the face and the mask and some other small changes - ( 12/12/20 )

- I updated the Dark Flash Skin, I added a darker red to look more realistic like the original and added a chin guard. I added a new character to the mod: Black Flash!, I created new running speeds and made 1 Trainer in slow motion that decrease the time in 30x slower than normal game time - ( 04/08/21 )

- I improved all Skins to the max, I added a new character to the mod: Flash (Wally West). I made a new Slow Motion Trainer that reduces time by 100x, and now trainers work without having to install Cheat Engine on the computer - ( 22/05/22 )