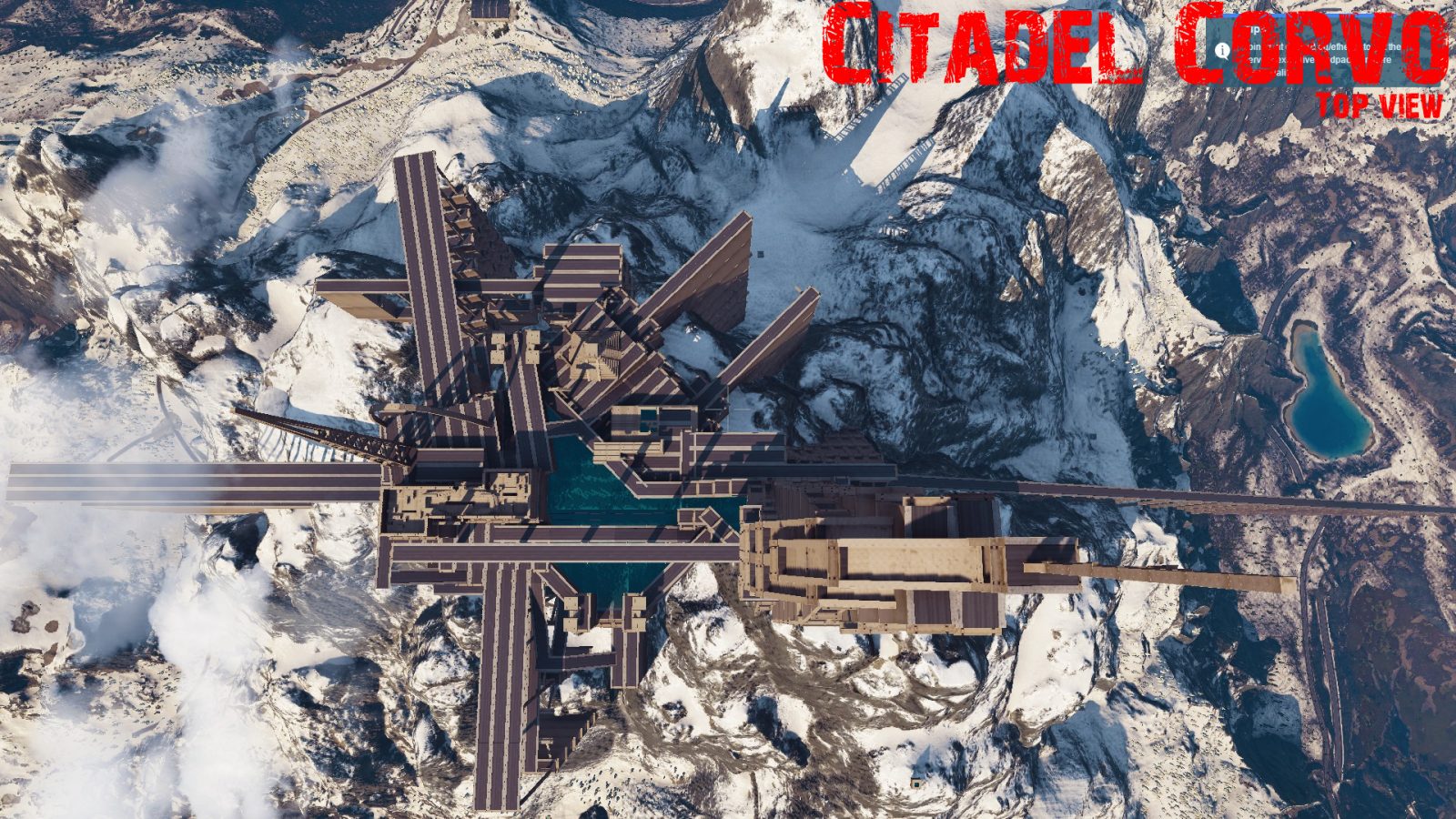 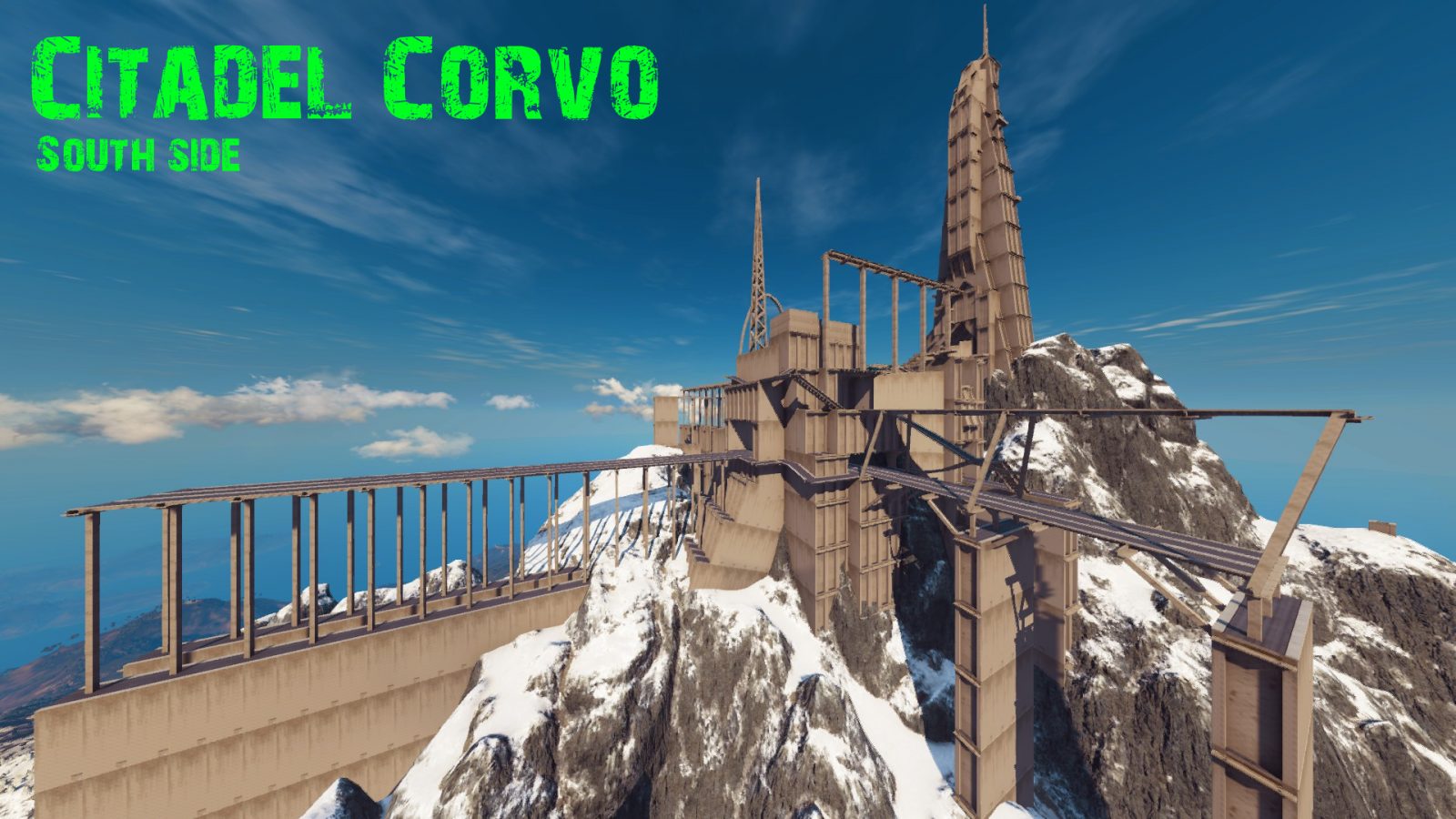 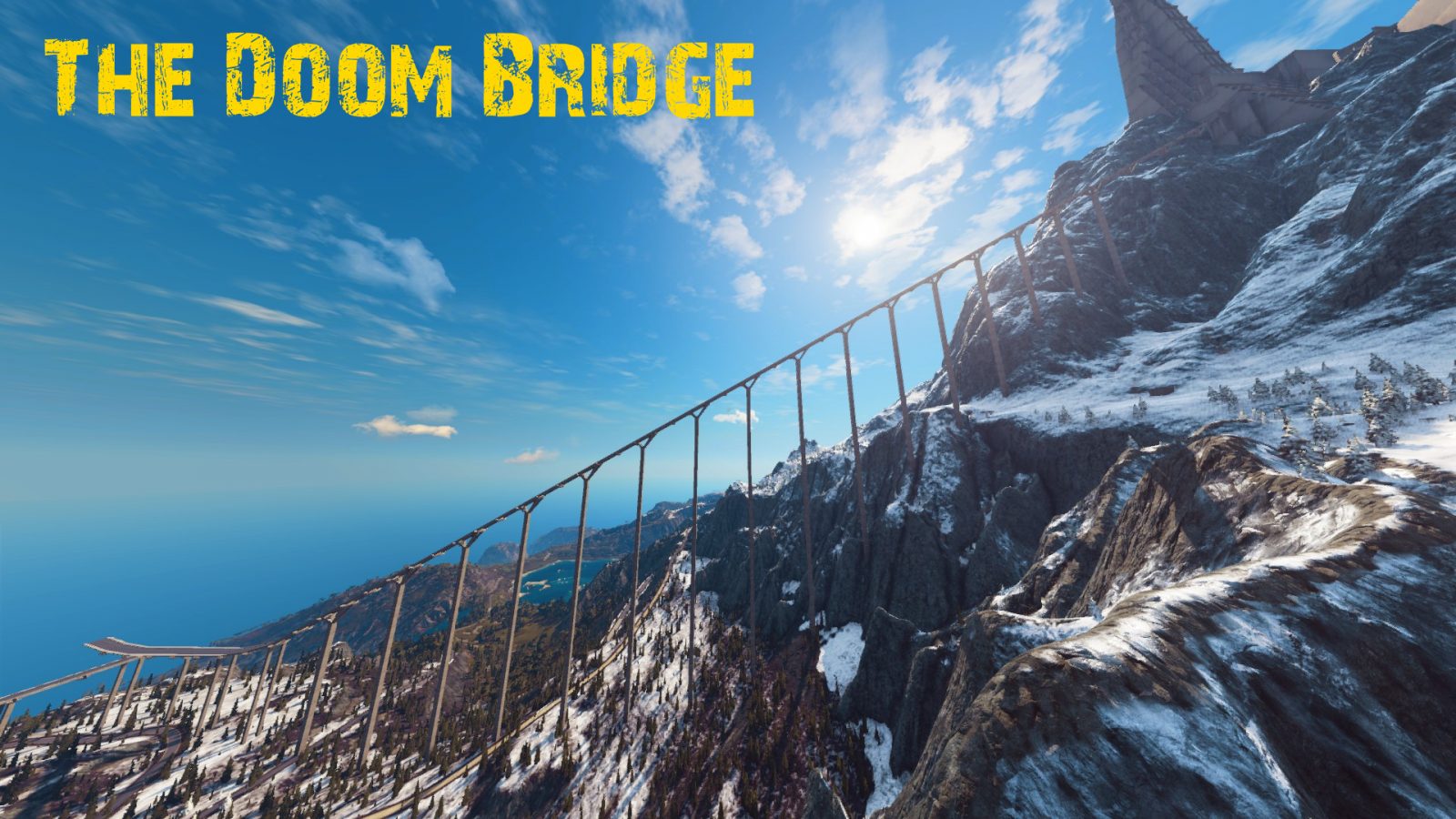 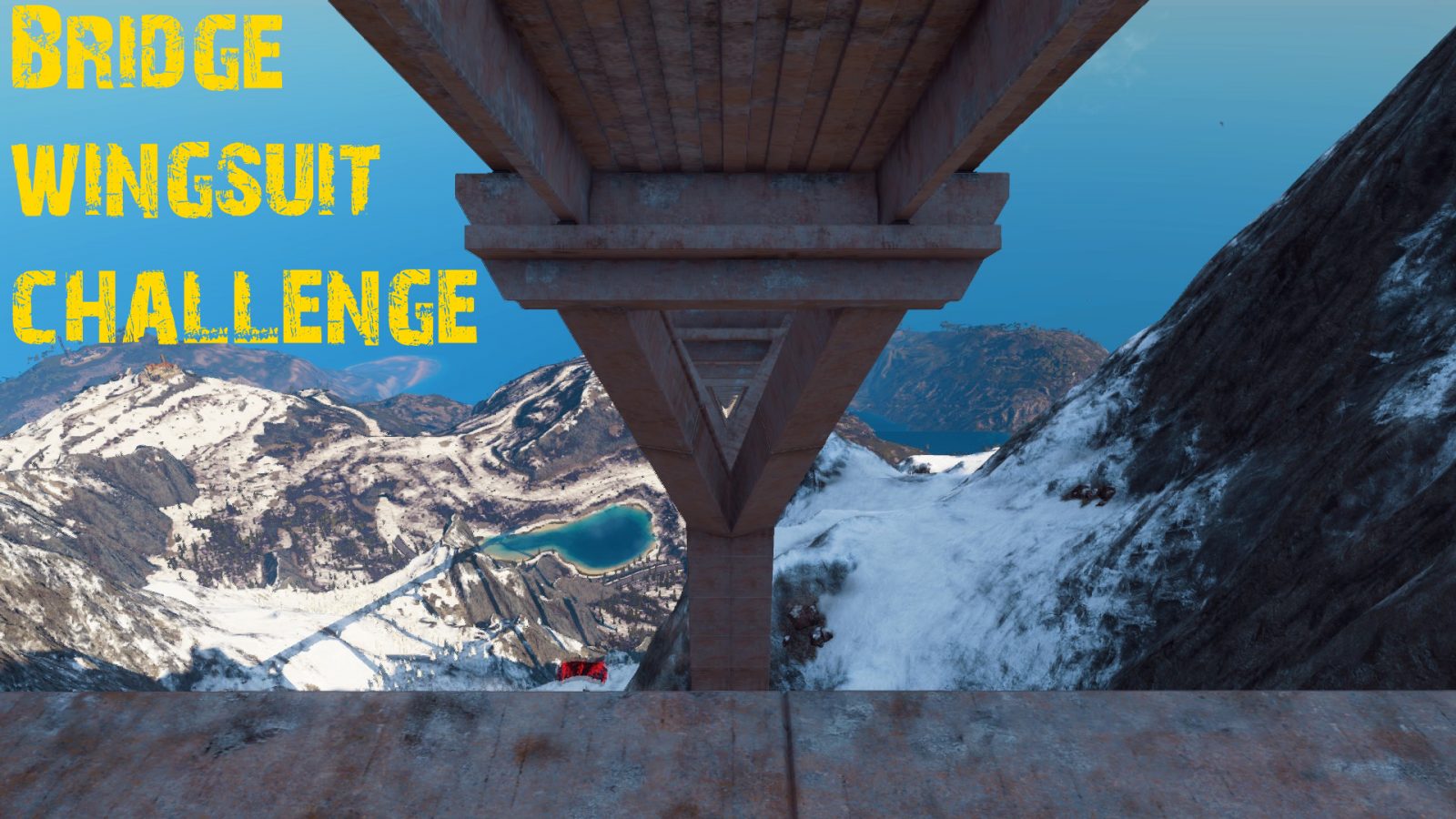 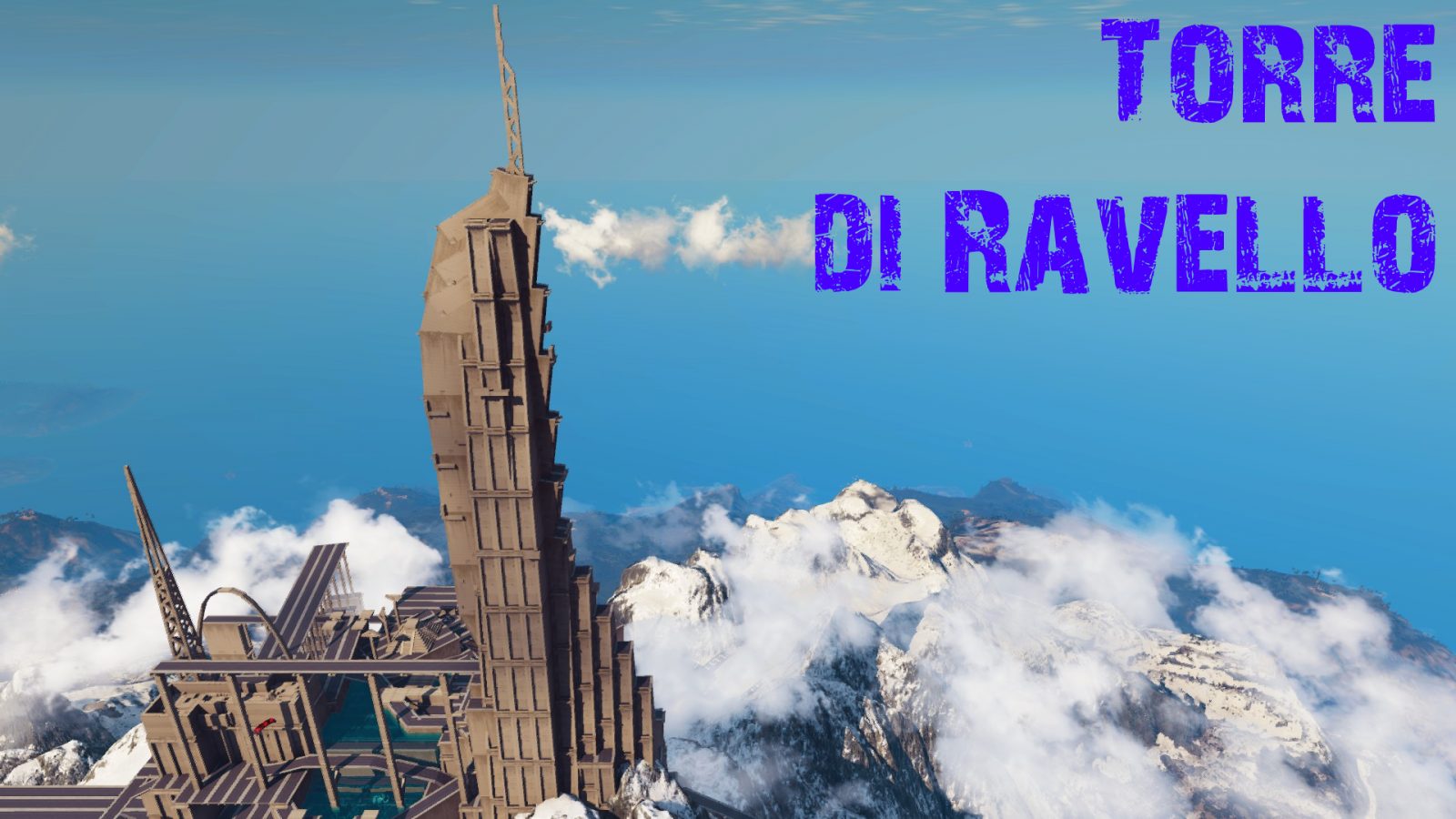 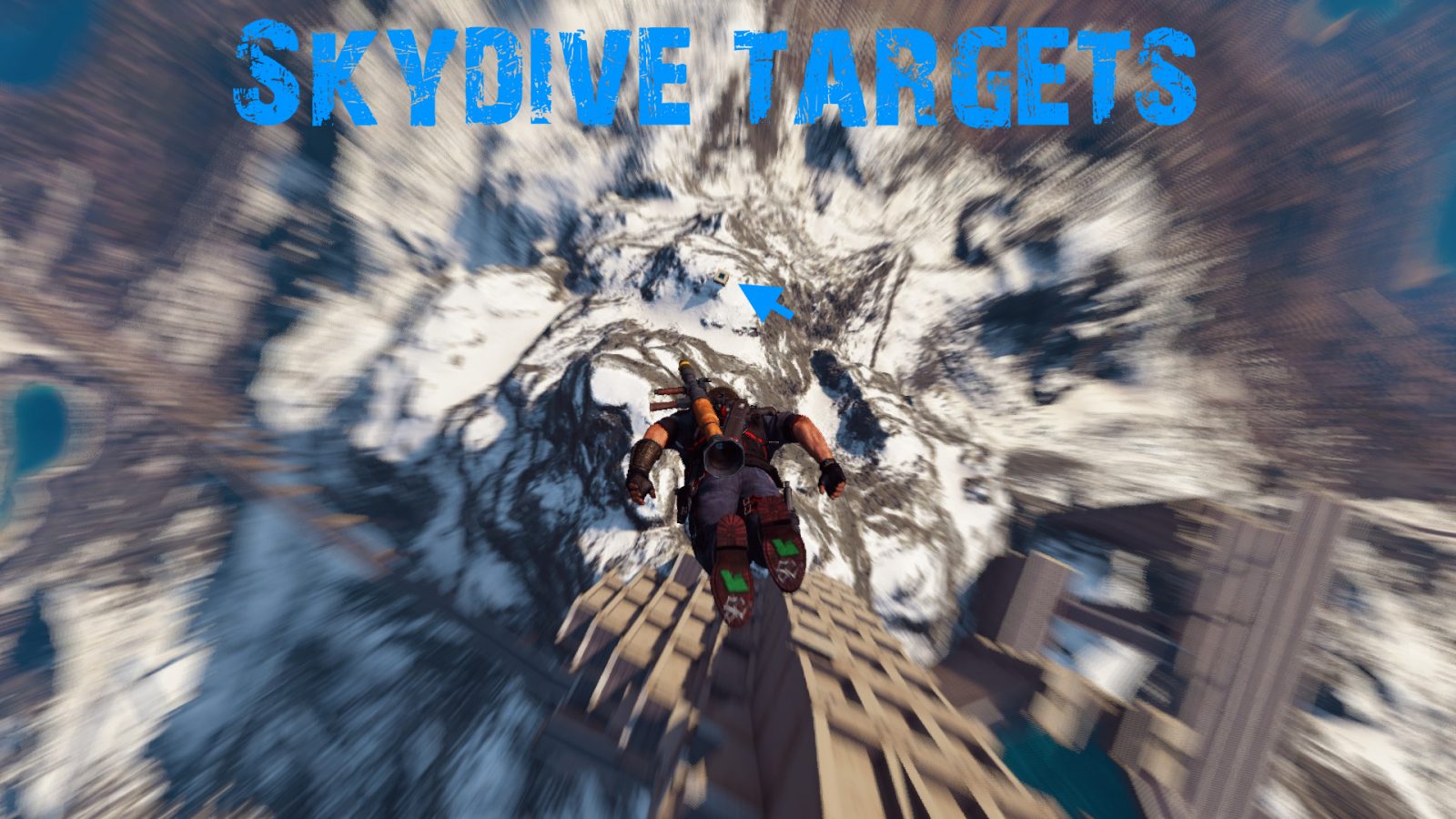 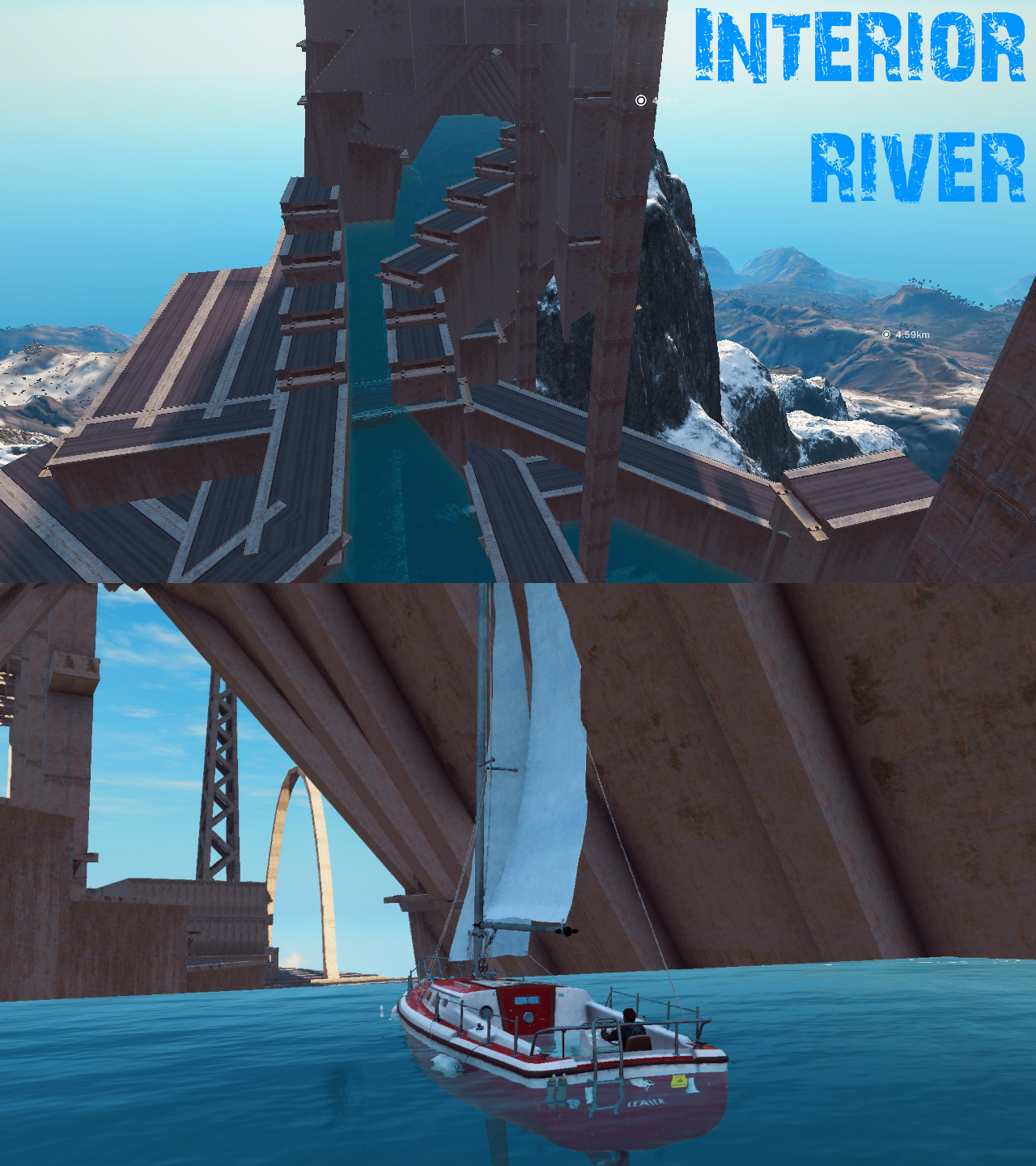 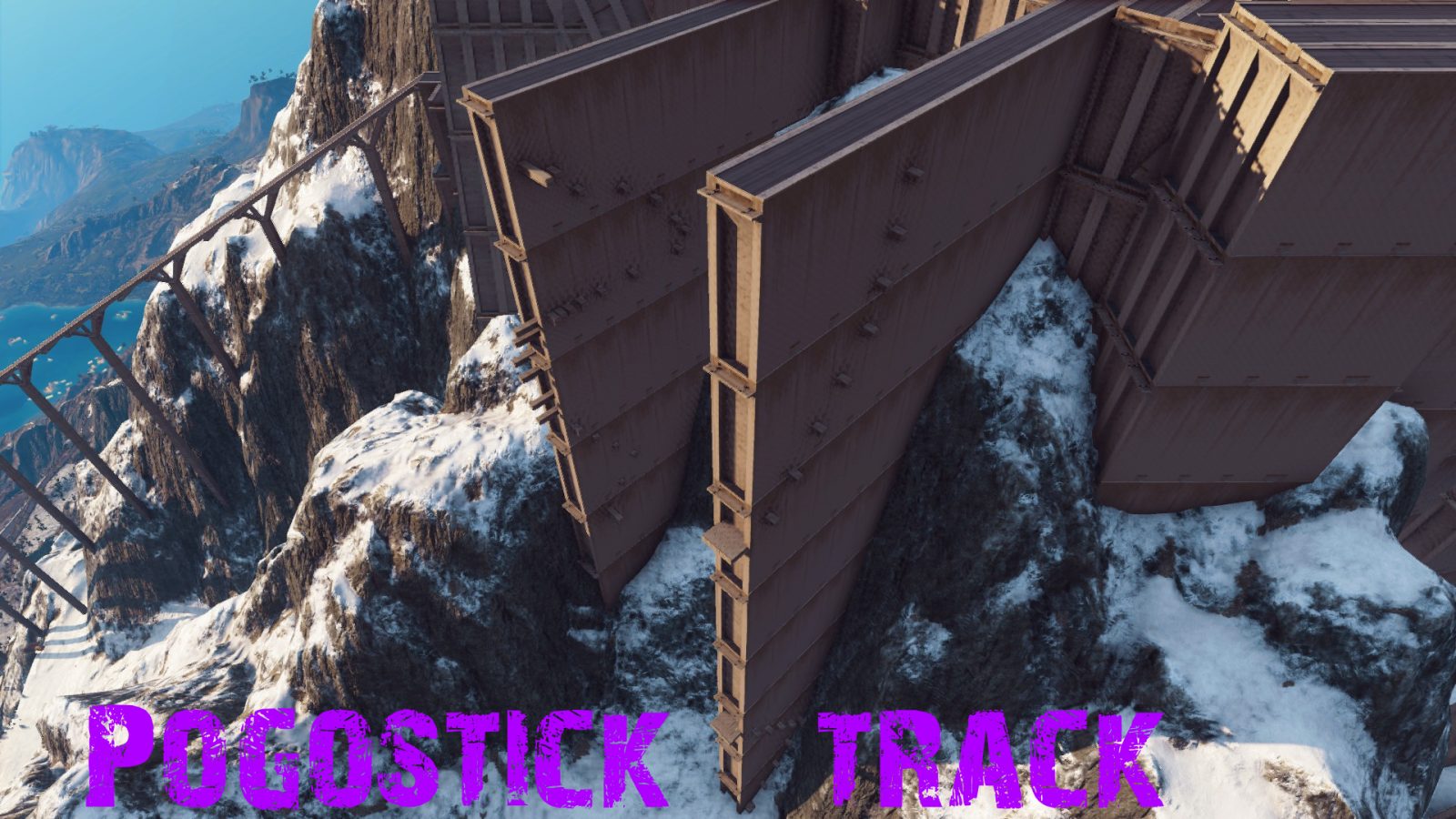 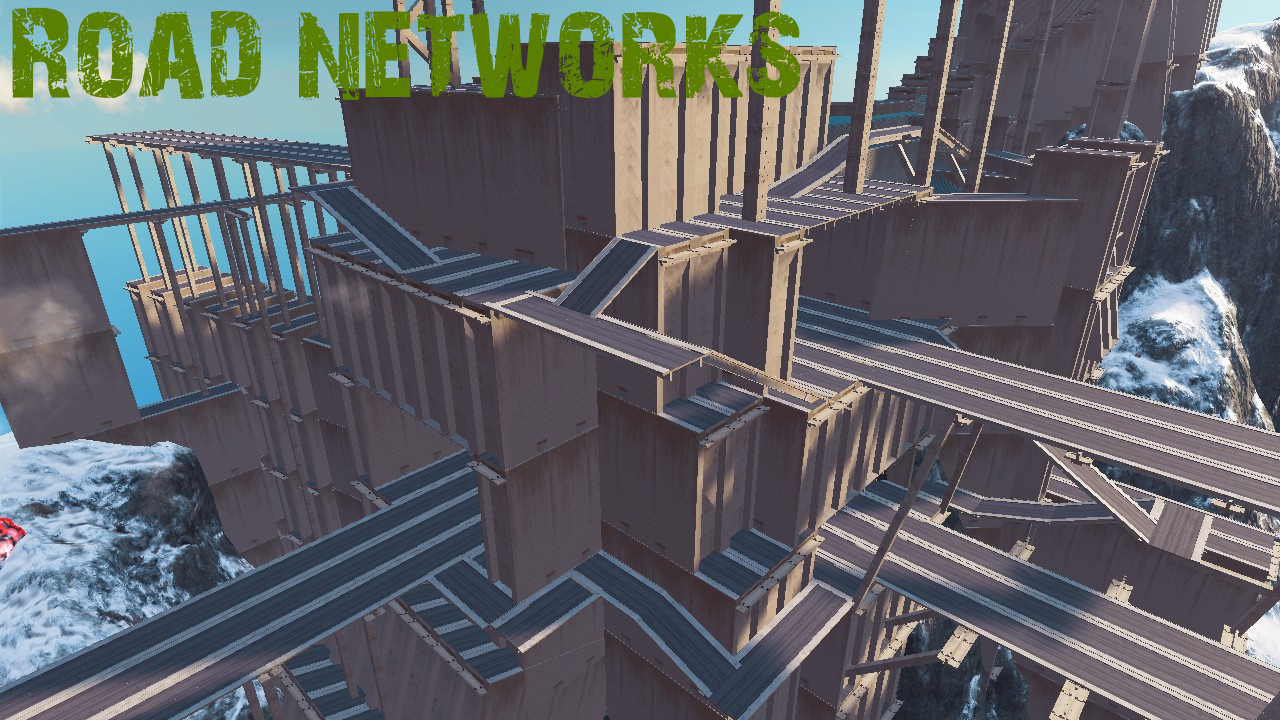 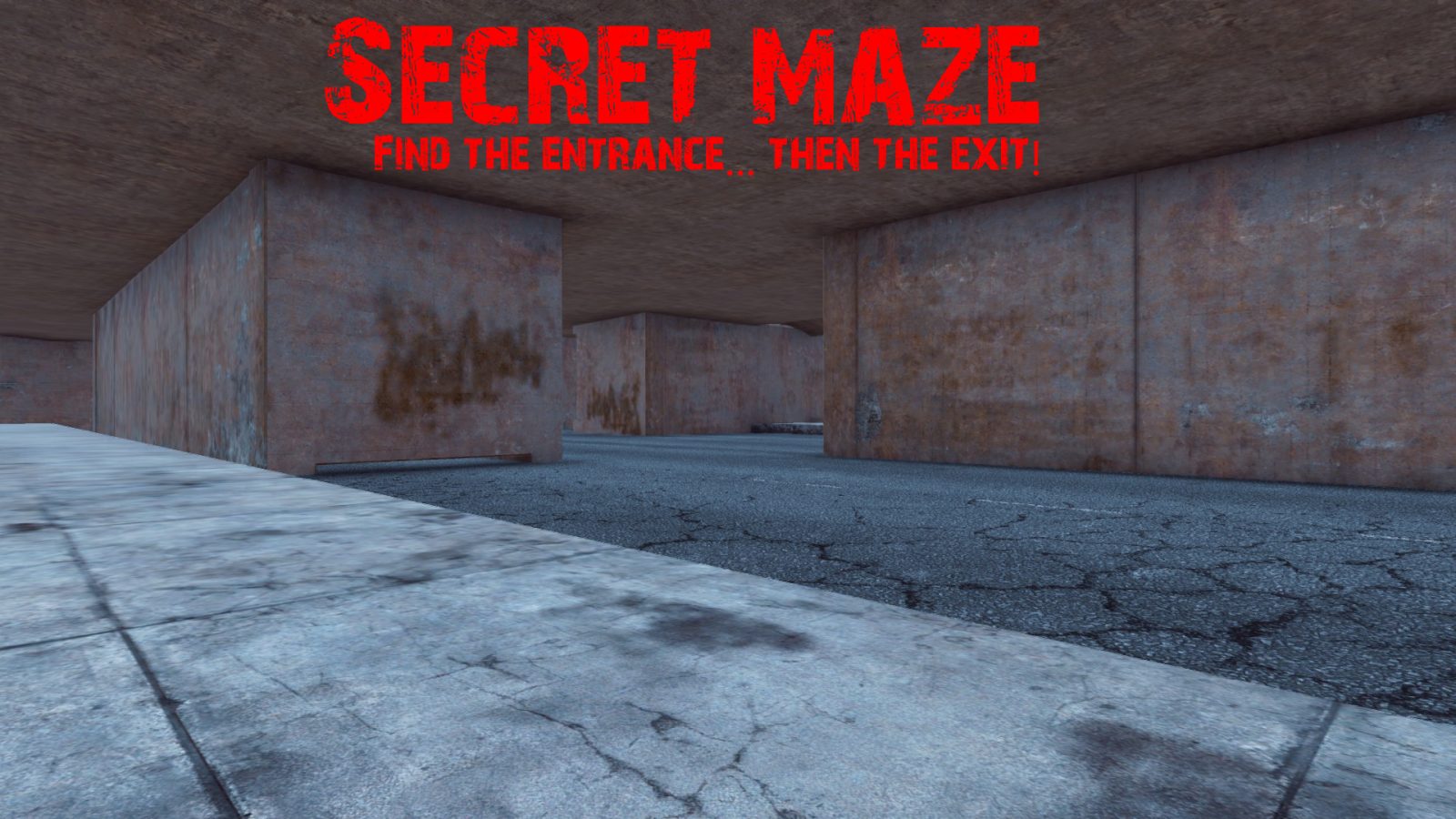 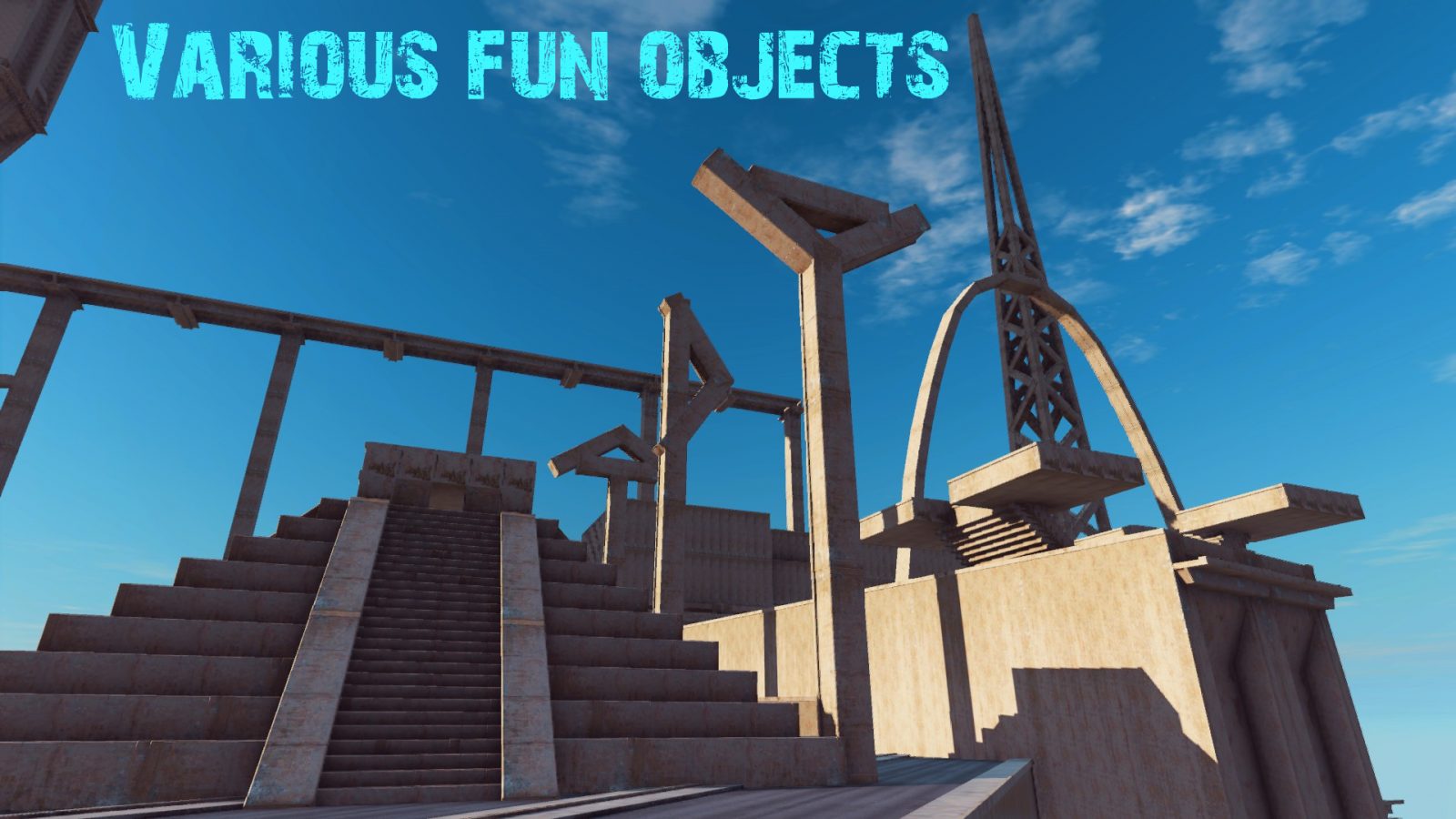 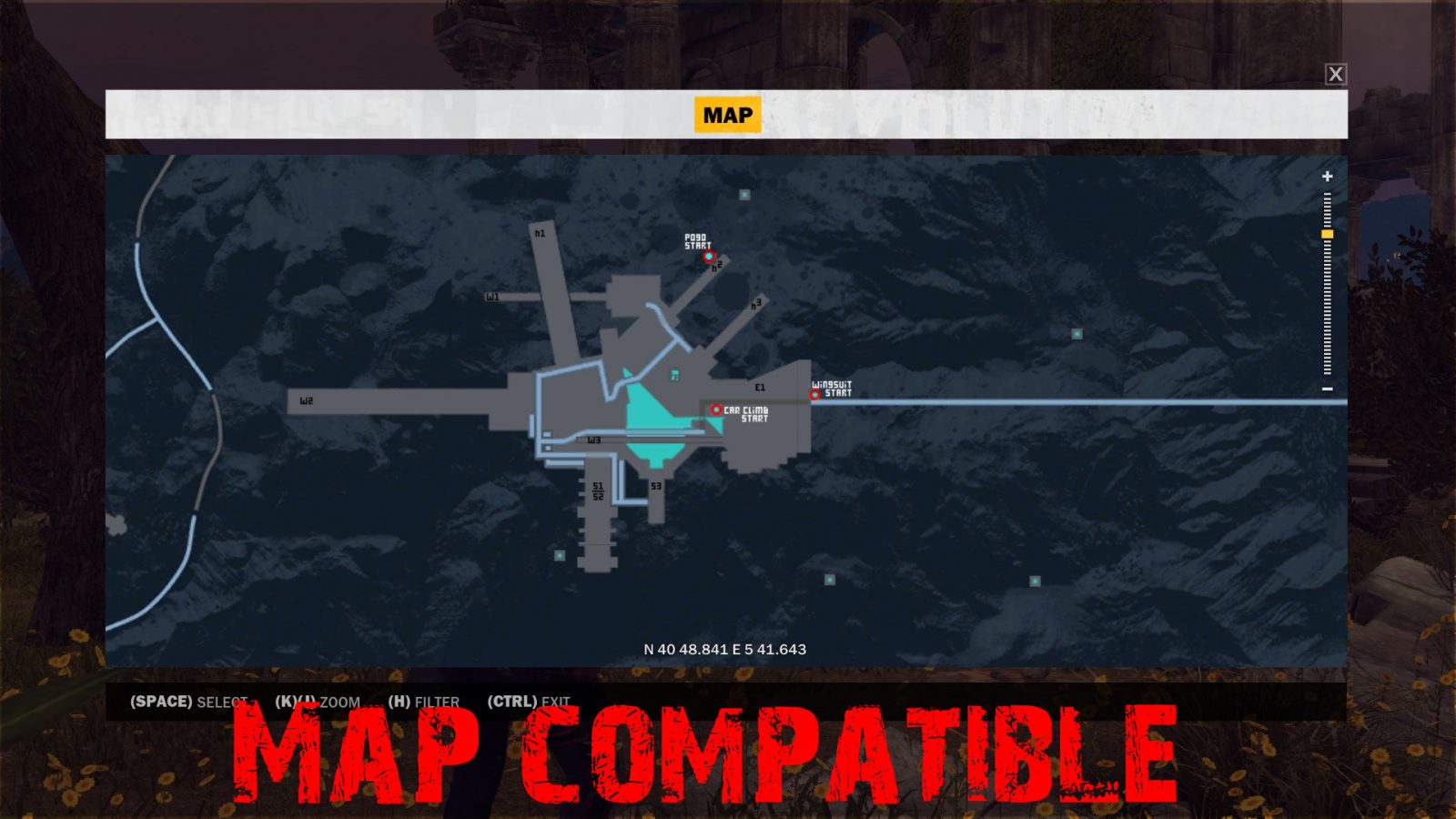 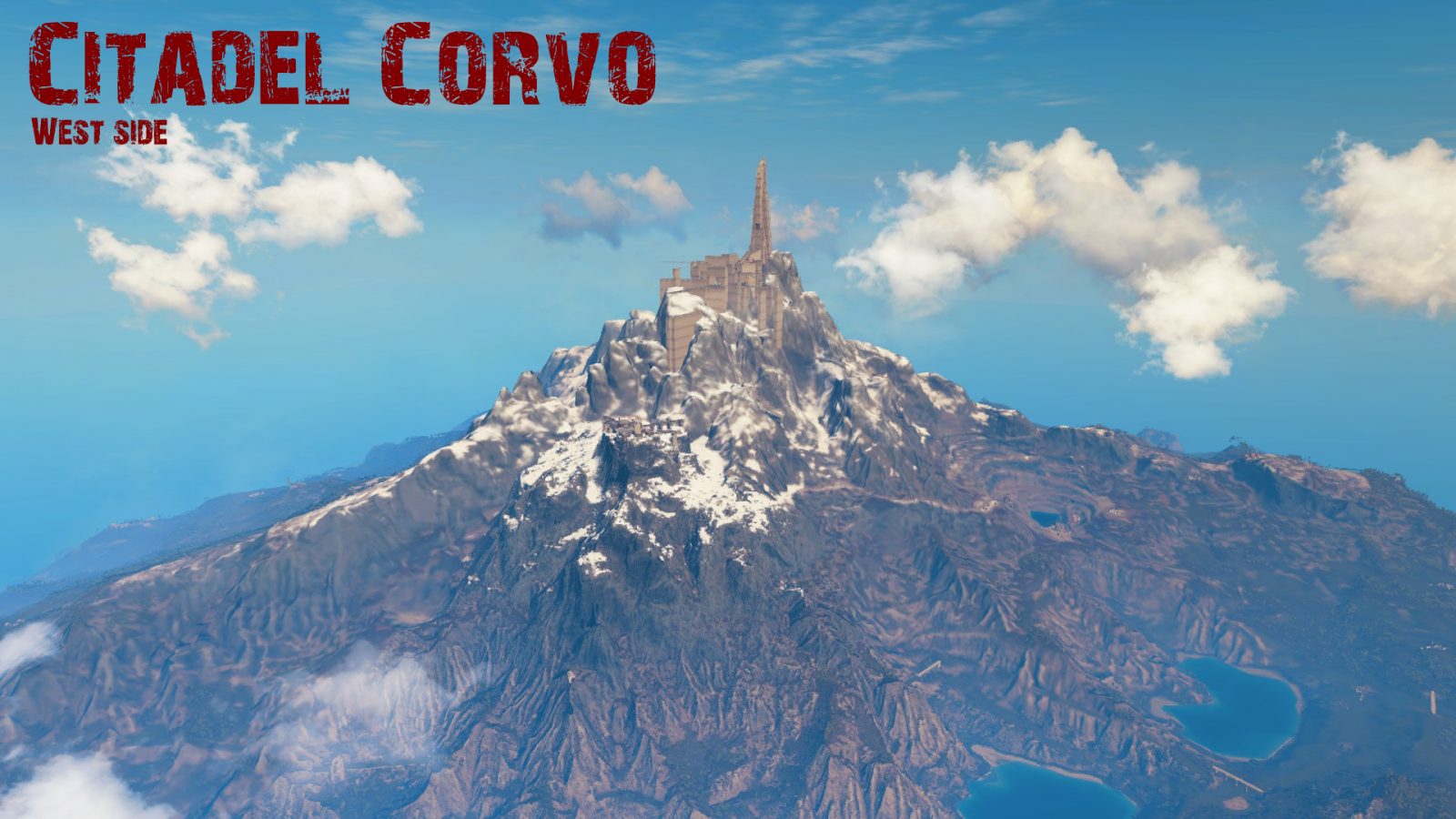 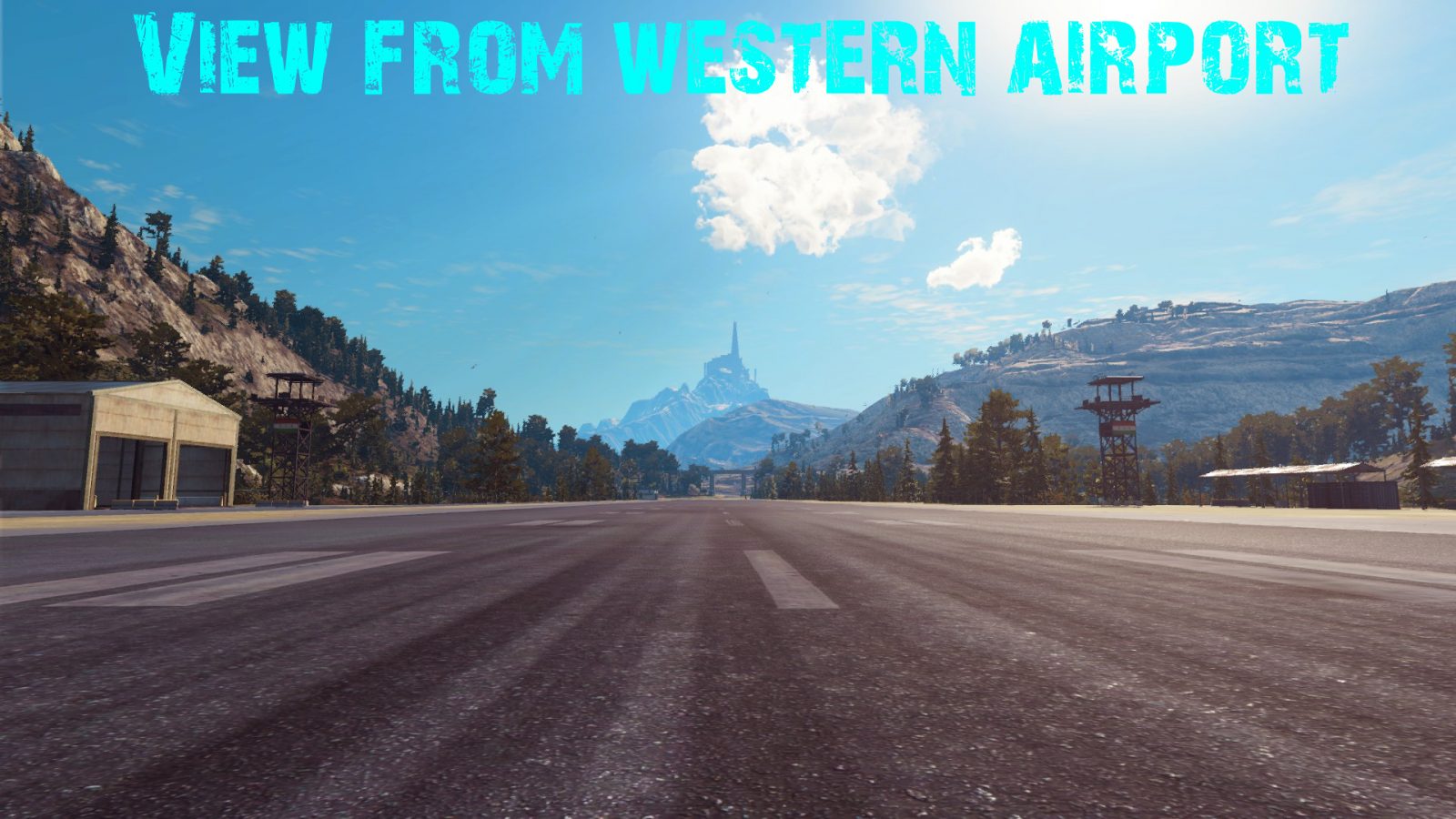 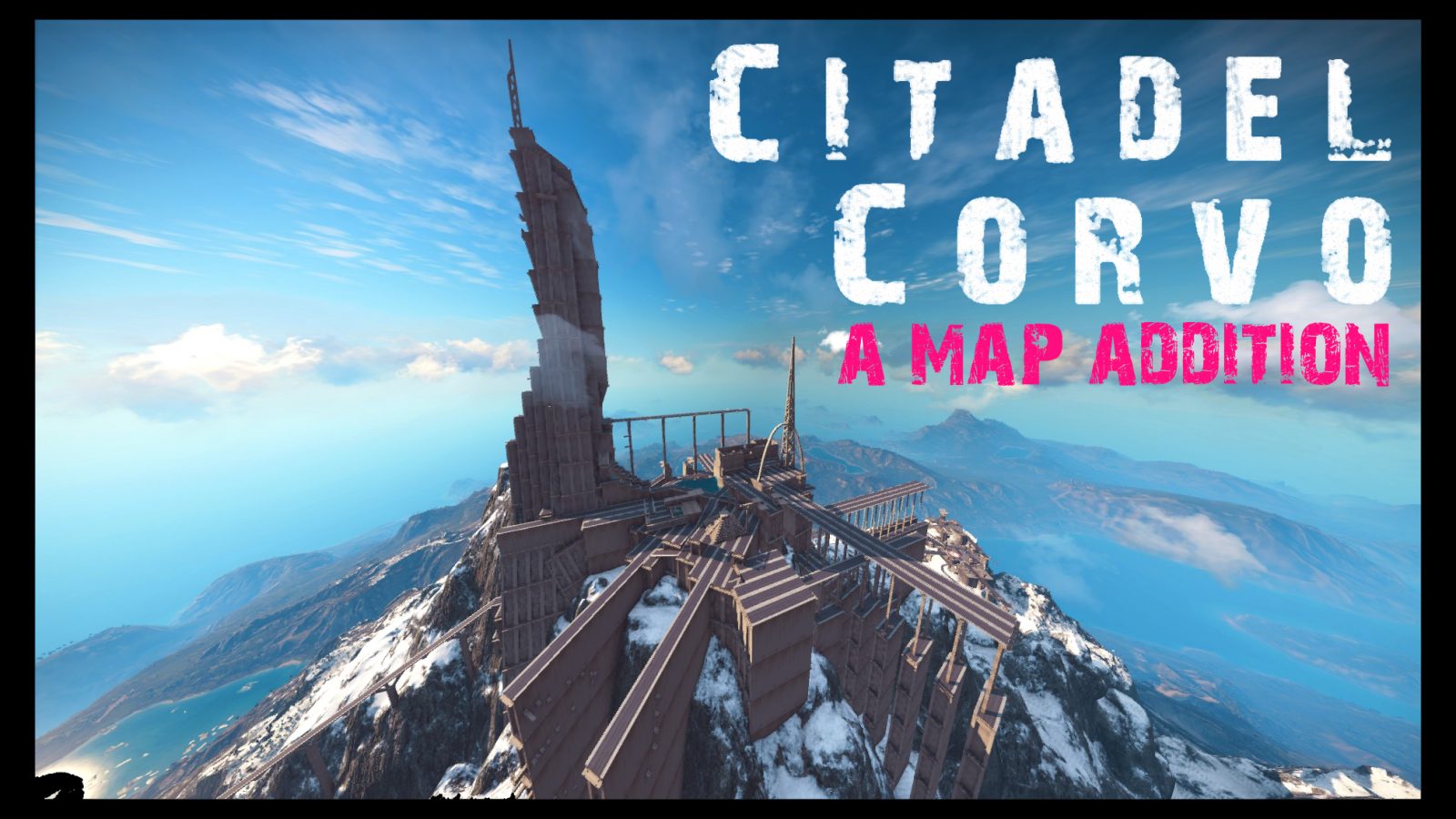 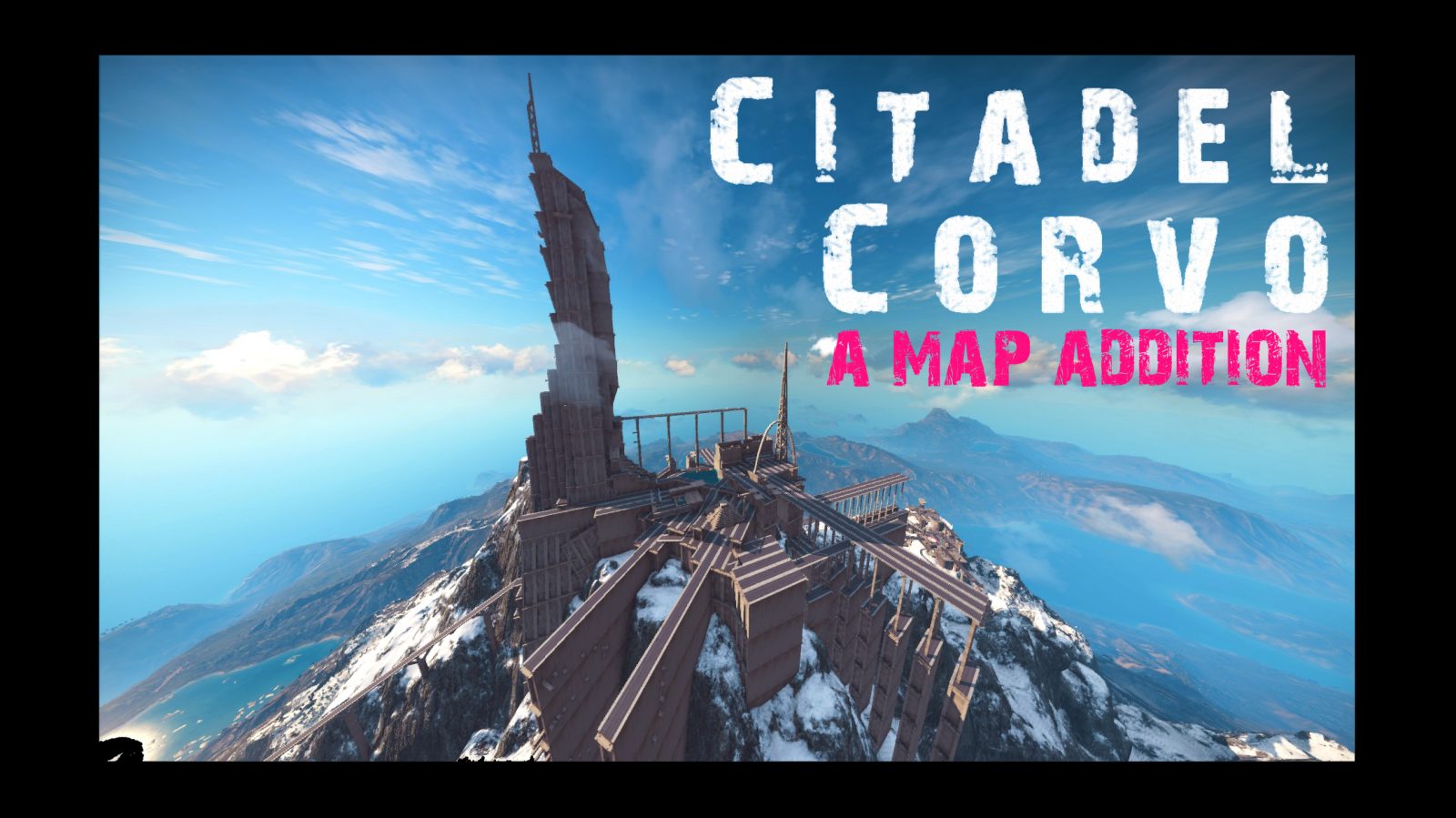 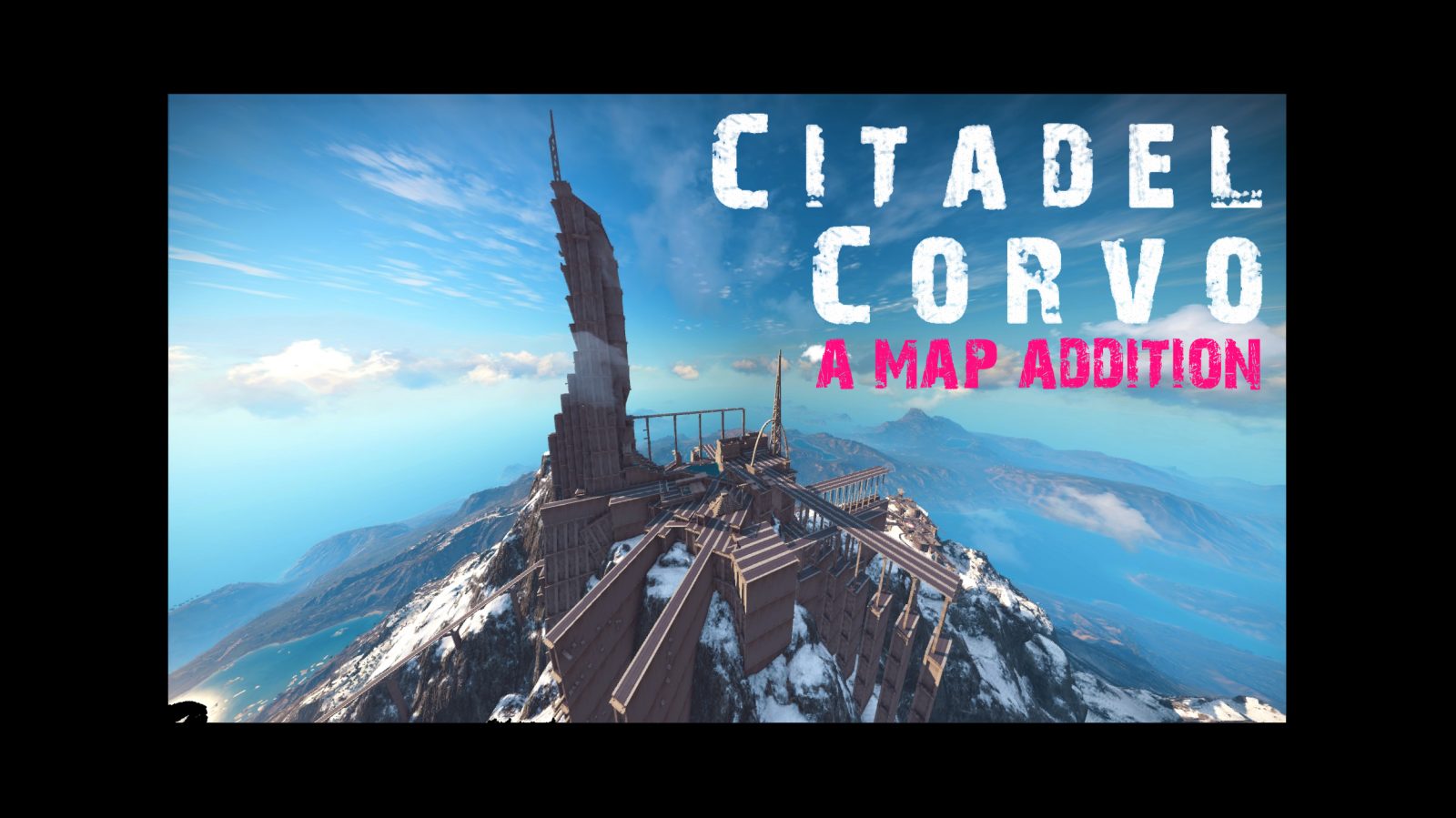 After more than 1.5 years and hundreds of hours of work, I present Citadel Corvo. This is a mod that adds a giant base to the game on top of the tallest mountain. This base acts as a sandbox playground and does not add any objectives or missions. Citadel Corvo offers loads of optional build-in challenges and possibilities that can be done in both single player and multiplayer (with the mod), although the latter is recommended.

This is what you can find:

- 10 runways, from which 4 can fit the cargoplane. Perfect for stunts, doing dogfights or air traffic roleplaying.

- A giant bridge. The whole base is connected to an outpost in the East with a bridge. You can also race down the bridge to get higher speeds than ever before or take the ramp at the end.

- A road network. All the main runways are connected by road platforms and speed bumps that help you to get over the edge of the  segments the fortress is built with.

- A 930+ meter tall tower. It can be climbed in different ways, and the top makes an excellent skydive platform.

- A waterfall river. Similar to the MediSea mod, there is a river flowing out of the tower and going down a waterfall with a ramp at the end to stunt your way towards the mine in the South.

- An arena. Perfect for multiplayer, the arena offers 3 different connected floors for varied combat opportunities, ranging from close corridors to fighting in the open air on the roof.

- A secret maze. Find the secret entrance, then find the exit. Good luck!

- Several random objects placed on the surface, like a Maya pyramid where you can sacrifice your friends, a massive antenna tower, a big arch and targets to fly your plane through.

Challenges placed on the fortress:

- A pogostick track. Starting on the foot of the fortress, pogostick your way up on the side of a runway all the way to the top. If you are feeling adventurous, it is even possible to climb the whole tower as well!

- Tower climb. Aside for the pogostick, you can also climb the tower with a car. There is a track laid out with platforms on the side of the tower. It is created for the Stria Cucciola car which has by far the best jump.

- Base jumping. There are 7 small skydive target pools scattered around the base, as well as 1 large one with several difficulties on top of the fortress. Try to hit them all by jumping off the top of the tower!

- The bridge wingsuit challenge. Starting at a platform below high side of the big bridge, try to wingsuit through all of the pillars without crashing.

- Plane target. Three sticks with triangular holes on top to fly a plane through. Technically it is possible. However, this is the hardest challenge a pilot has ever faced.

- The radar dish jump. Using a fast car, you can jump off the W2-runway and fly all the way into the radar dish at Falco Maxime (the nuke base).

- And more! The shape of the base offers loads of opportunity for great stunts and fights

Included in the mod is an update to the in-game map which shows Citadel Corvo on it. It shows all the roads, runways and base jump targets. You can also find the start of the pogostick-, wingsuit- and car climb challenge on it.

The mod can be used on both. The base block 2 targets for one of the wingsuit challenges from the base game, but you can still get 5 gears on it. To get the most out of the mod I recommend using it with the multiplayer mod, with the benefit of being able to spawn new vehicles and objects like the pogostick easily. It also gives you the opportunity to, as an example, use the arena or to have a good dogfight . The server “Freeroam Unlimited” encourages using mods like this one and gives you everything you need to make the most out of this mod.

Everyone can try this mod, but it is important to know that this mod makes a very large impact on the performance of the game, especially when near the base. To keep a perfect framerate you need a very decent computer.

- Due to weird lake physics, boats sink a bit into the river. You can still drive them if that happens.

- At certain places you can find flickering textures, which is due to how the base is built. Only 5 different parts (from the bridge assets) have been used to construct the whole base which gave me limited ways to stick them together. It is also possible that there are parts clipping through other parts that I have not spotted yet.

If you have the mod MediSea installed with waterfall rivers, use the “MediSea compatible version” which creates a map with both the waterfalls and Citadel Corvo on it. Overwrite the files when asked.

Otherwise, use the normal version.

The amazing showcase video is made by Luke JC. If you like it, make sure to check out his Youtube channel for showcases of his mods or for his modding tutorial. You can also join his discord server based around his JC3 Multiplayer server “Freeroam Unlimited” with this link: https://discord.com/invite/efherxs

After Sebastiano di Ravello “died”, he decided he needed a bigger fortress in case Rico came back to Medici. To build it, he needed a lot of materials. Luckily, Rico destroyed loads of bridges that were all being rebuilt at the time, so Di Ravello just captured the workers and only used bridge parts for Citadel Corvo. Then he infused the bridge parts with liquid bavarium to make them indestructible so it would not make pc’s crash be safer. It’s unclear what became of Di Ravello after that. Maybe he is in the secret maze or something, I dunno.

2. Decide which version you need. If you have the mod "MediSea" installed with a version that adds waterfall rivers, then use the "MediSea compatible version". If not, use the normal version.

This opens the JC3 directory. Paste the dropzone folder here. If a window pops up asking you to overwrite files, then select yes on everything.

You are done! Enjoy the mod!