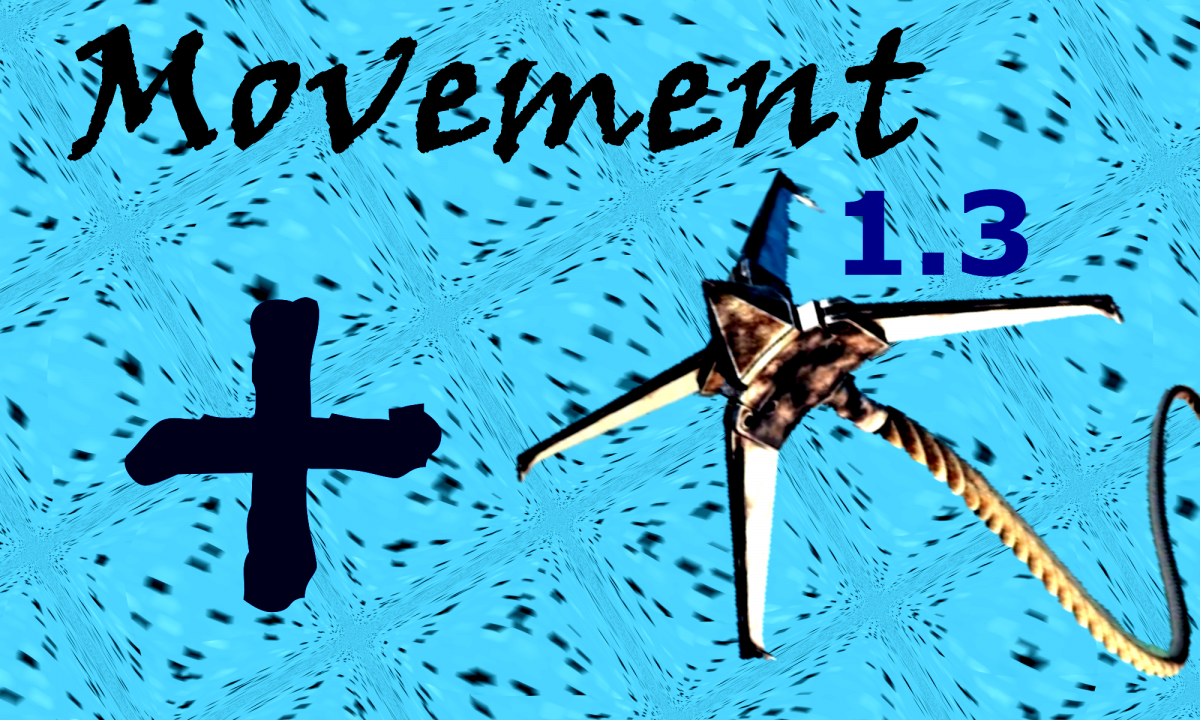 This mod changes the way Rico moves with the wingsuit, parachute, in the air and on the ground. It does not change anything fundamentally. Instead the mod aims for giving you more control over your movement and make it move fluent in general. None of the changes are made to make Rico overpowered, all of them are meant to enhance the gameplay. The following things have been changed:

Removal of the "fake grapple" - Rico will no longer fire his grappler blindly in the air when you just miss an edge, causing you to stop in the air and doing a pointless animation. Instead the crosshair homes in on the the nearest surface.

Improved stunt position - Rico can stand on the roof of vehicles on a much steeper angle than before without falling off.

Both wingsuits - The changes affect both the Bavarium wingsuit as the normal one, although it will be mostly visible for the latter.

Improved air brake - To compensate for higher speeds, the air brake works faster now, allowing you to keep the wingsuit at the perfect pace for you.

Improved manoeuvrability - The wingsuit can make much tighter turns, especially at very low speeds where the old wingsuit would likely crash. After a turn it stabilized itself more quickly. The wingsuit can also gain more lift quickly. You can sort of hang on the spot with barely any height loss when you keep holding the key or trigger to go up after doing a (incomplete or full) backflip.

Improved grappling - When grappling often to the ground in a short matter of time, the wingsuit keeps speeding up, to an extend. This allows you to easily manage your speed with the grappling frequency. Grappling is also a tiny bit faster by default (and substantially more while retracting with the slingsuit gear mod), and restricts the wingsuits movement less that before.

More crash-proof - When you grapple while wingsuiting or just before you open the wingsuit, Rico will fly a little higher over the grapple point which causes less crashes.

Improved manoeuvrability - The parachute turns faster and turning is less affected by the camera movement. You gain slightly more lift when opening the parachute while reeling in. The parachute is allowed to make steeper dives and stabilizes faster after turns or dives.

Visuals - The parachute is located slightly higher above Rico to get a clearer view.

Higher top speed - When falling from a higher point, Rico will accelerate longer and gain a higher fall speed to make it more thrilling.

Improved over-the-edge jump - Right will have less trouble getting on top of a ledge when you are reeled in on the side of it.

Further and more forceful jump - Depending on your running speed, Rico jumps more forwards allowing you to have more parkour freedom. He also won't get stuck on objects as easily on the ground.

More air control - After a jump from a ledge or vehicle, you have more control over your landing spot and you can turn more freely during the fall.

Even though this mod is also made with experienced players in mind, it might take some getting used to the new movement, especially with the wingsuit. However, soon enough you can do more with it than before!

If I figure out how to improve other things like walking or running I can update the mod further. I'm also open for suggestions to fine-tune the existing features.

2. Open the file and copy the folder called "dropzone". Now go to your Just Cause 3 directory: Go to steam -> Library -> right click on Just Cause 3 or Just Cause 3 Multiplayer mod -> Local files -> Browse local files

This opens the JC3 directory. Paste the dropzone folder here. If a window pops up asking you to overwrite files, then select yes on everything.