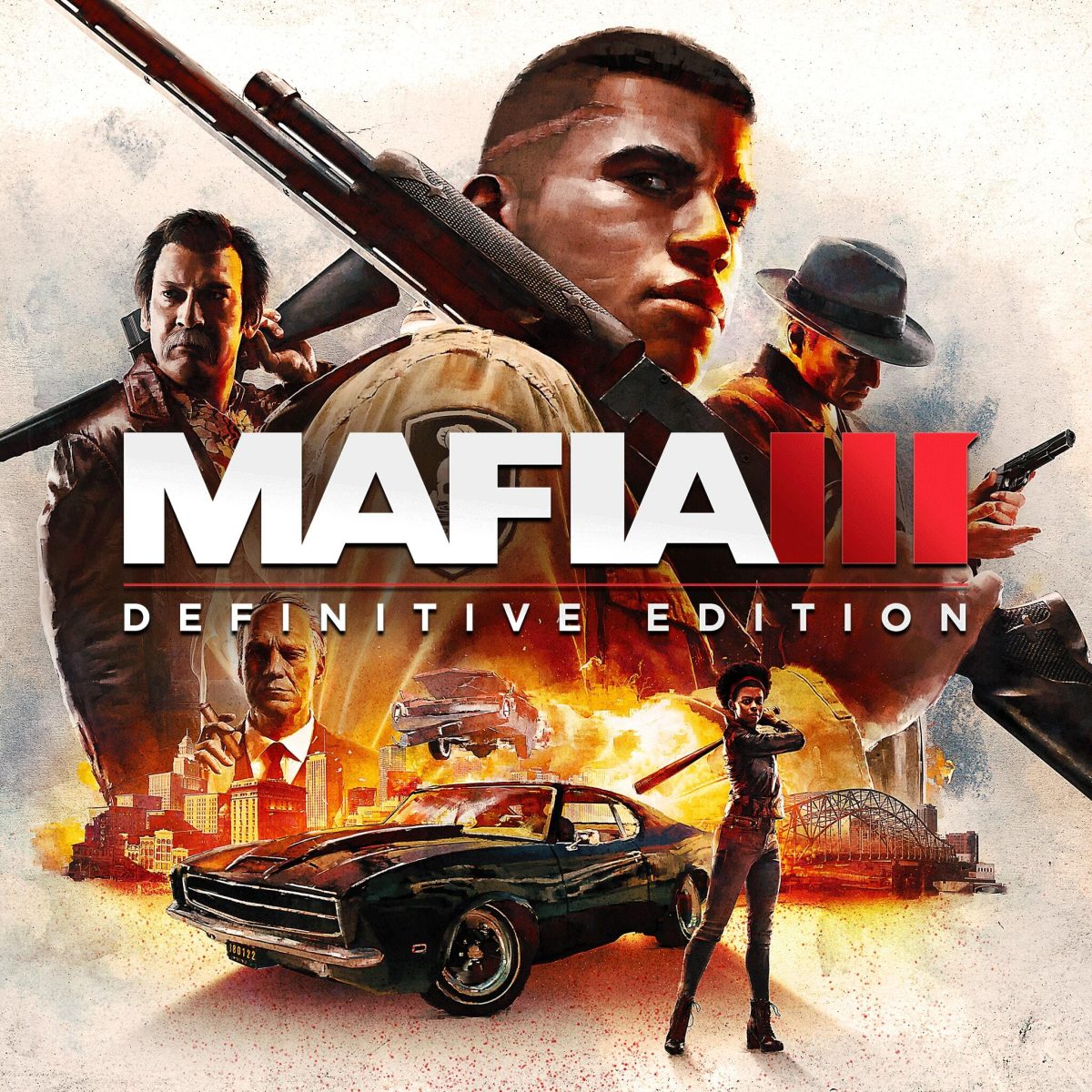 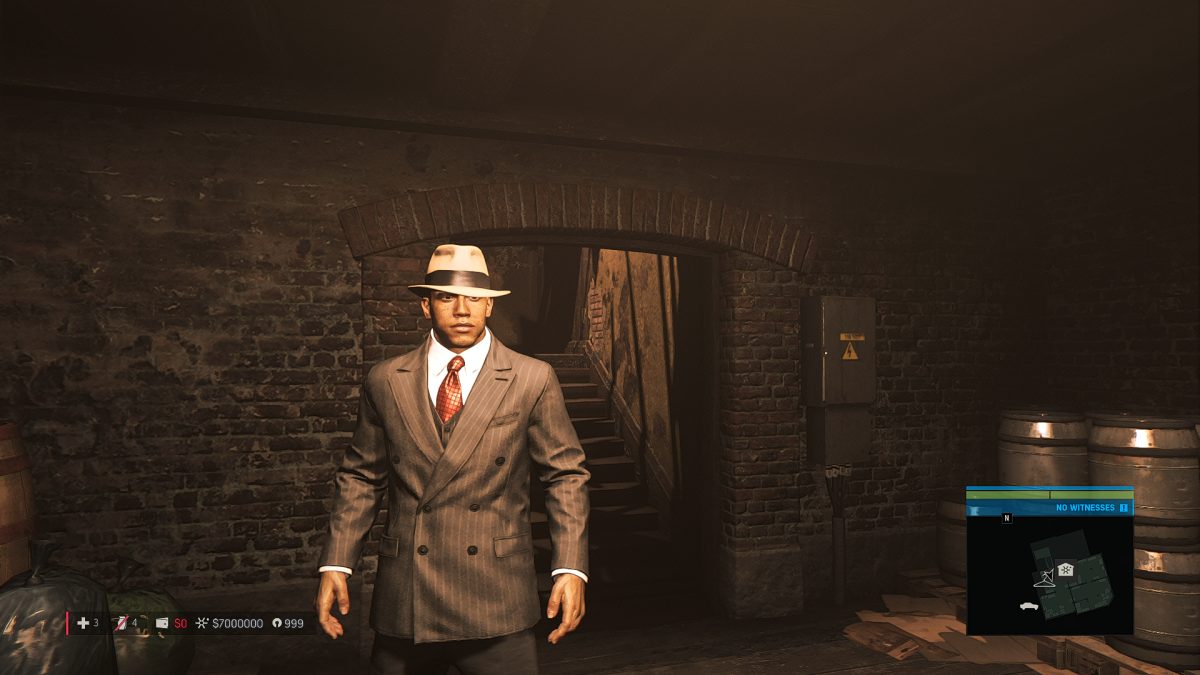 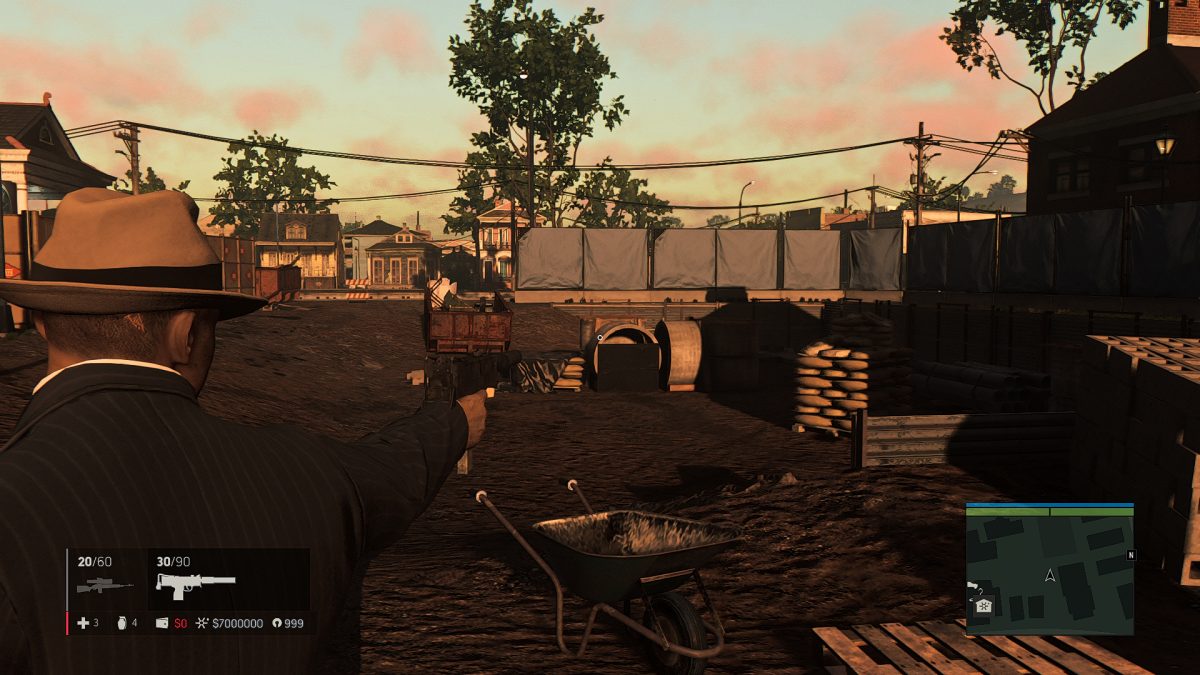 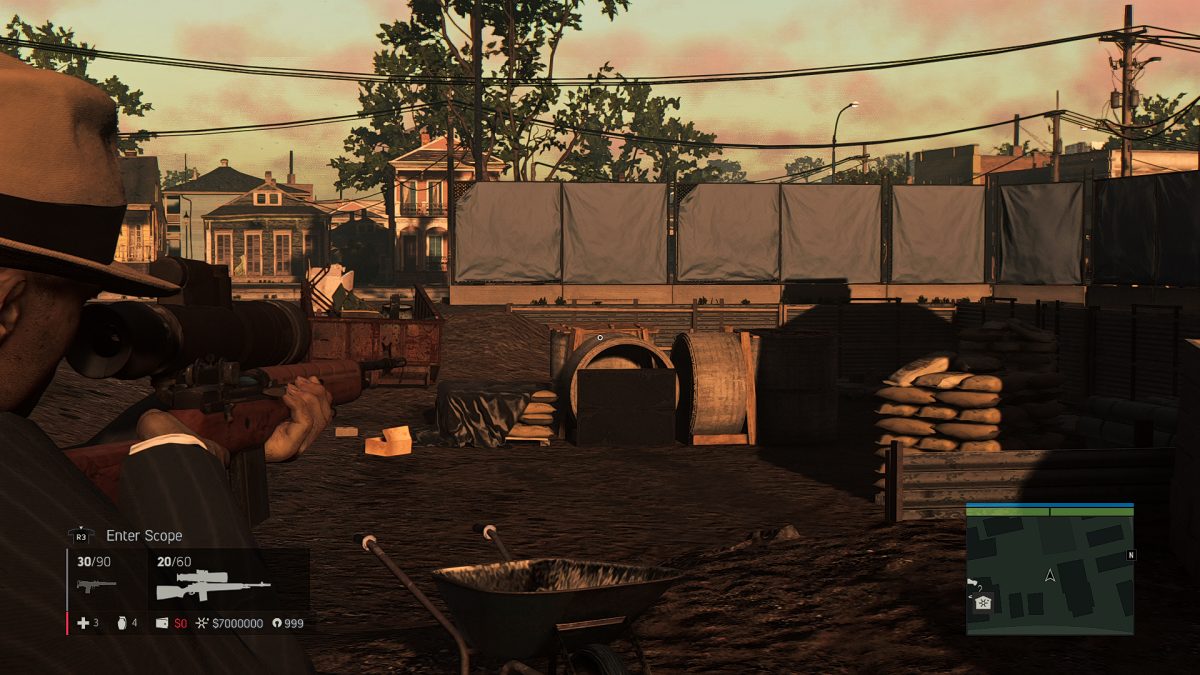 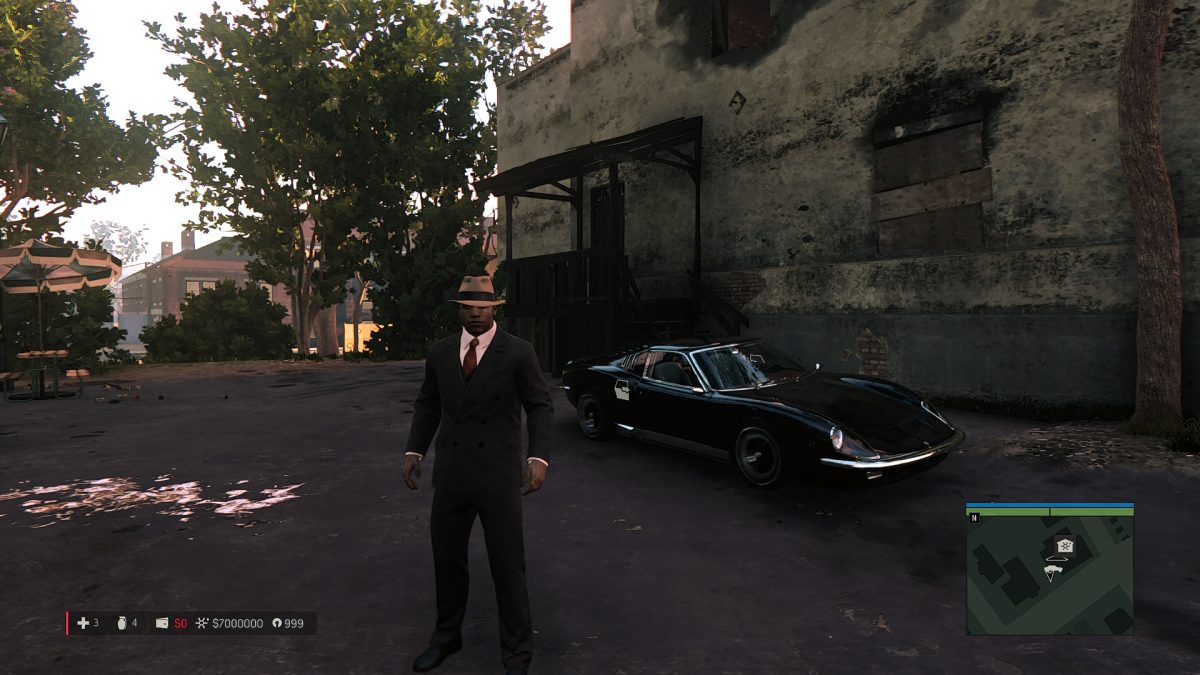 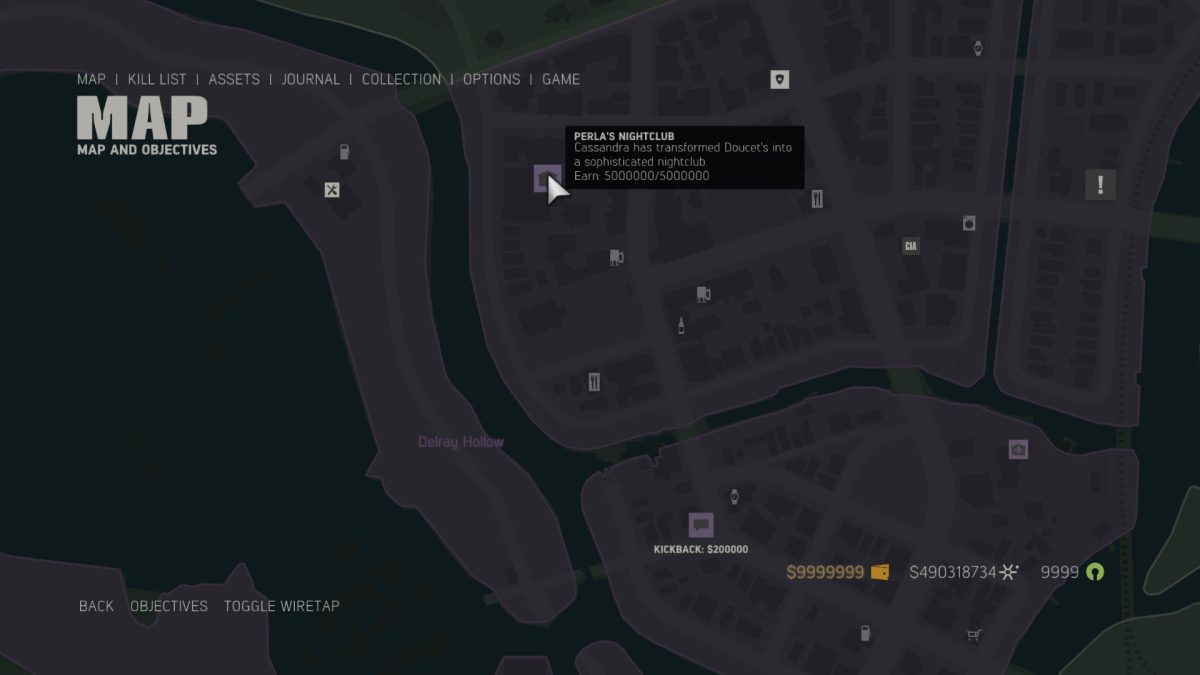 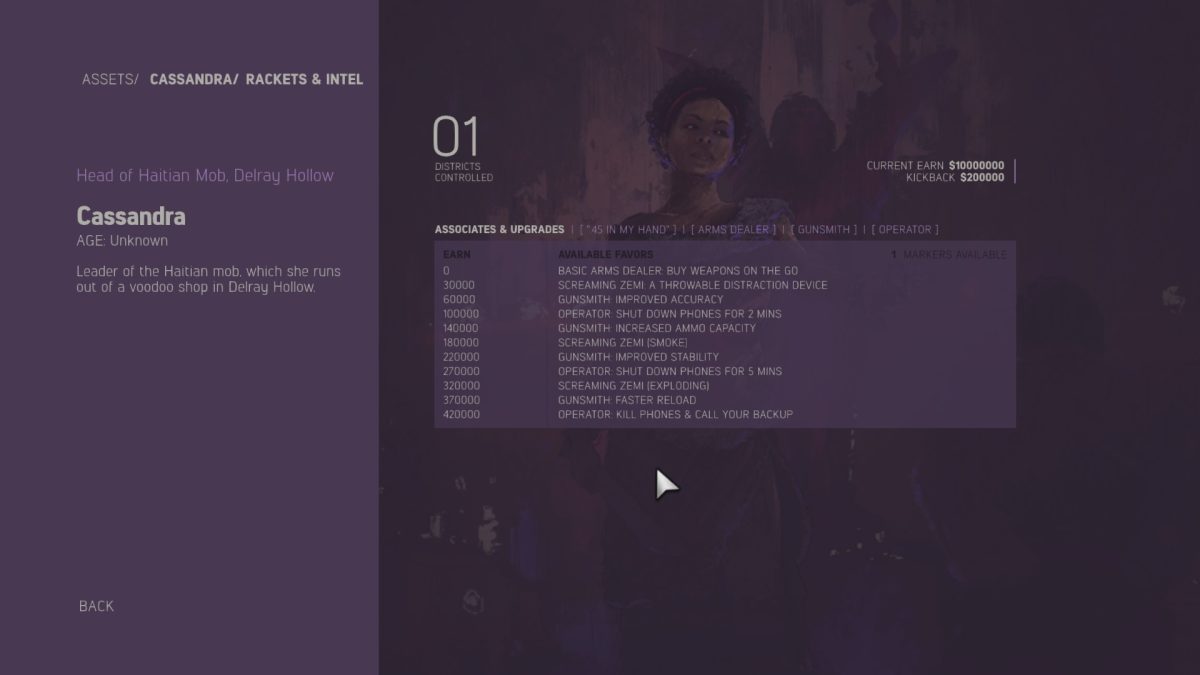 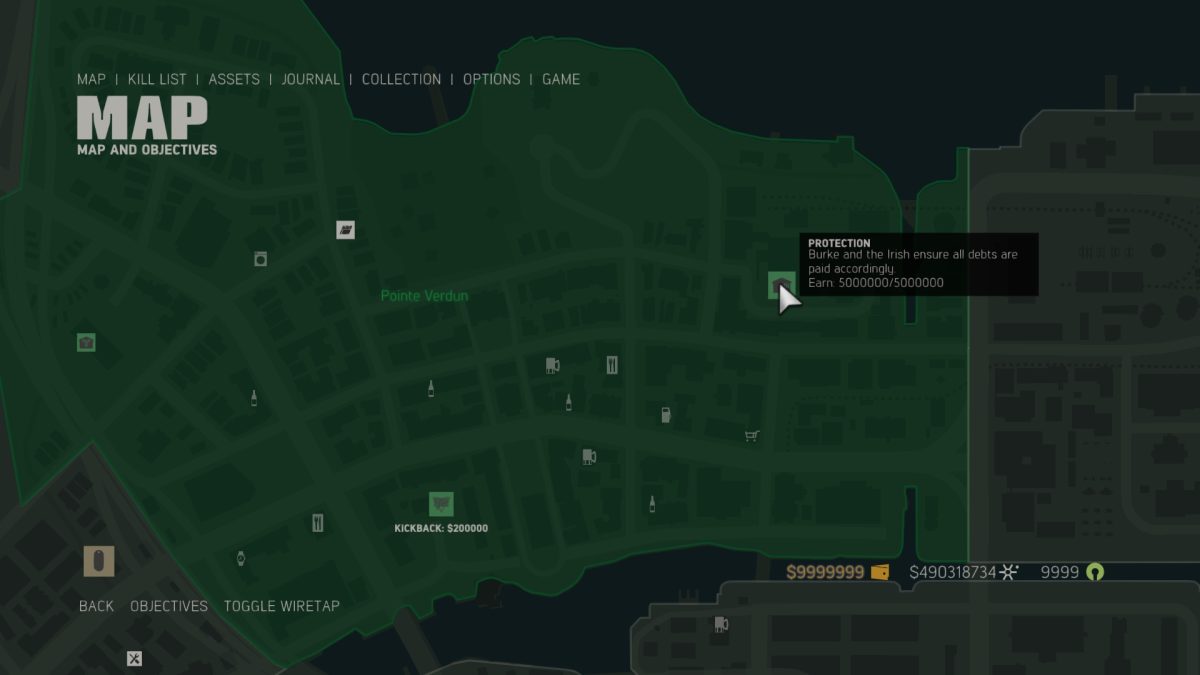 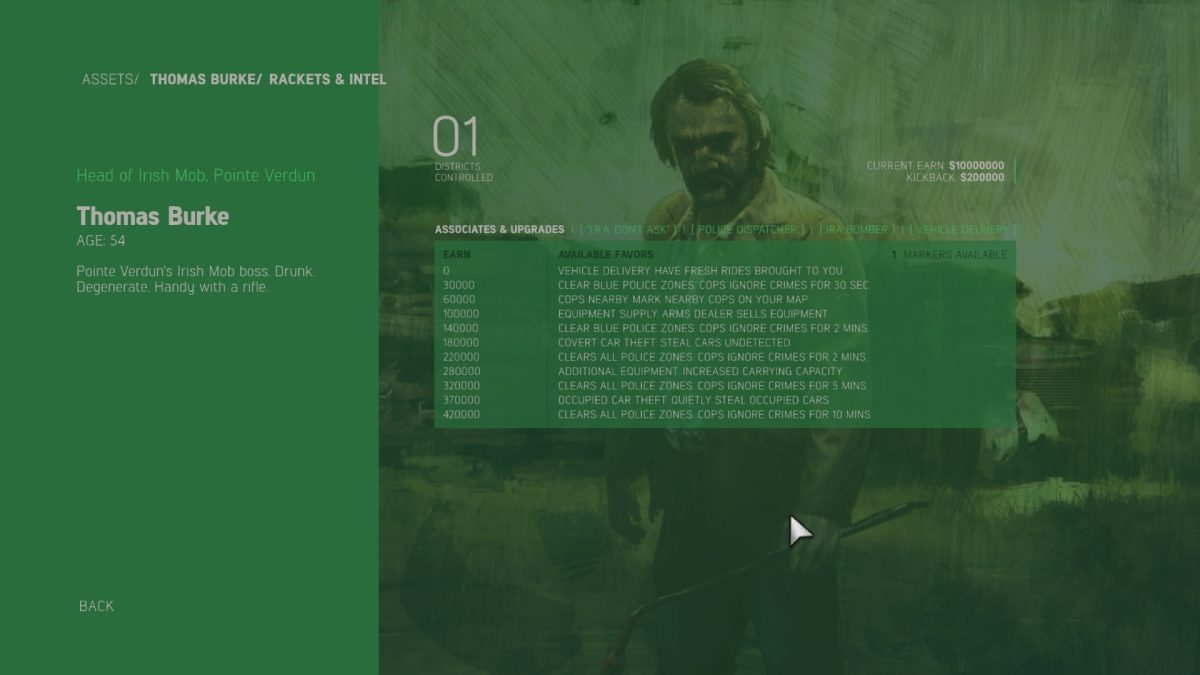 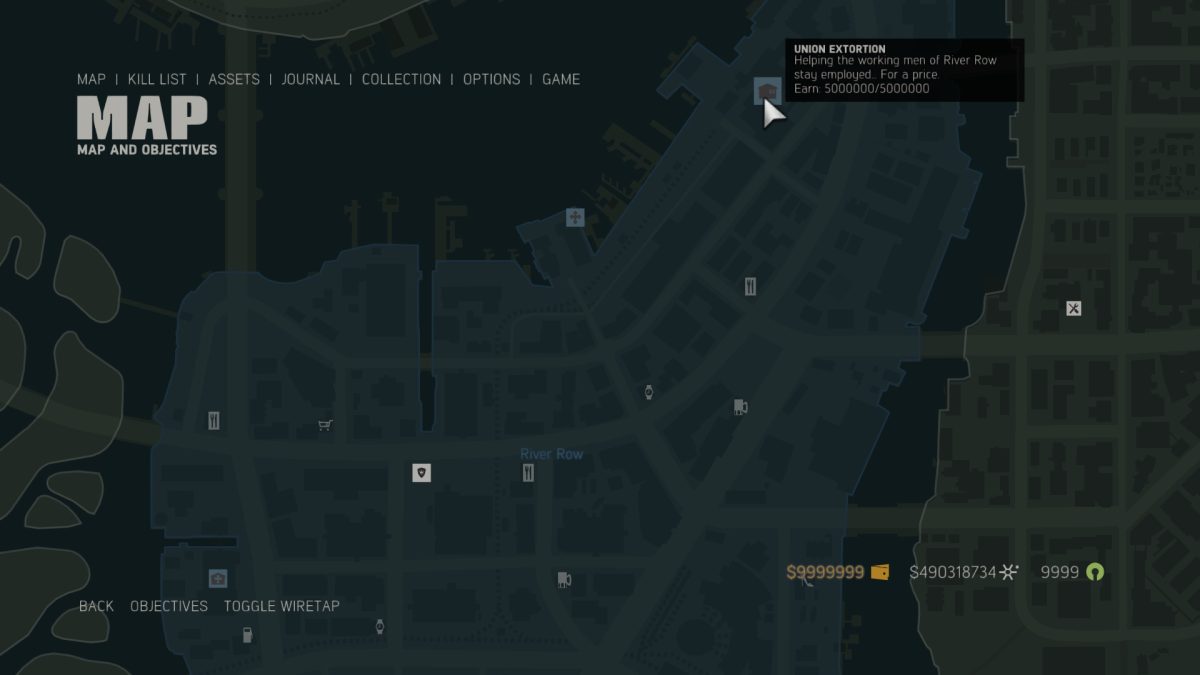 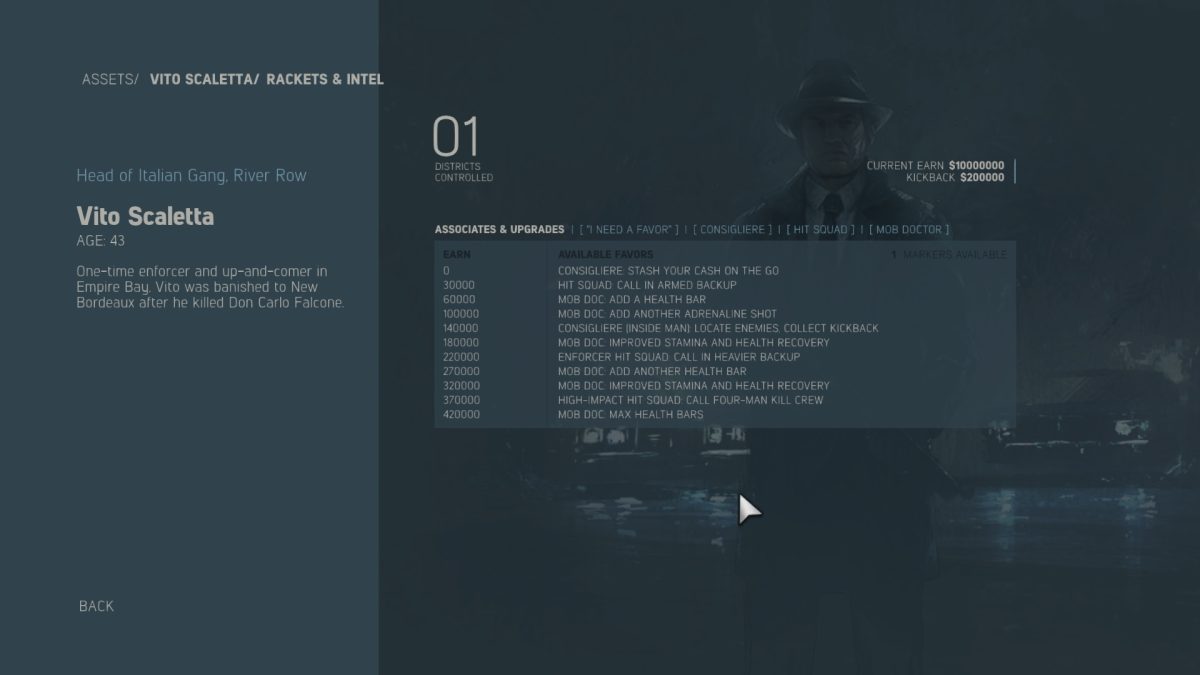 - Current mission in this save is "That's The Plan, Padre", which is the mission that you get directly after getting your stuff back at Sammy's upon waking up from recovery (meaning, I haven't went to Donovan yet to start that mission). This save basically just skips the prologue.

- All Collectibles & All TL-49 Fuses collected.

- Money (Safe) = $7,000,000 (it's a reference to the estimated total amount of money you got from the Federal Reserve heist in the prologue)

- You're fully stocked with Adrenaline Shots, Tac-Vest or Armor in 100% condition, Molotovs, & Grenades

- The current weapons that you are carrying are the Silenced MK 1020 (highest damage dealing 1-handed weapon) and the Hawk 4540 Night Vision (best sniper rifle in the entire game, with a semi-auto fire rate and built-in night vision while using the scope). The SMG is perfect for stealth kills, taking out enemies, and drive-bys while the Sniper Rifle is perfect for taking out groups of enemies quickly with one shot each, general long-range combat, and destroying enemy vehicles.

- A De'Leo Traviata (fastest car in the entire game) is parked right outside at the back door of Sammy's.

2. If applicable, choose to replace all files.

1A - How will you know you've COMPLETELY taken over a district?  You'll know you already have when:

1B - Make sure you have done these first. Same applies to Vito in River Row and Burke in Pointe Verdun as you help them take over those respective areas.

2. Once step 1 is done, pause the game, look at your map, and move your pointer to a racket you took over and click on it so that it would activate as an objective. Since taking over Delray Hollow will be the first area you need to take over in the game, I'll be using it as an example in explaining the process. Move your map pointer to either Perla's or the Church where Emmanuel is and click on either one of them in the same way you activate a story mission objective so that the game generates and places a 3D marker in-game to guide you how to get there.

3. You see the money displayed as "Earn: 50000/50000" in that racket (assuming you successfully finished the two (2) delivery missions that gets you to have max earn in both Cassandra's rackets which results to the earn of 50000/50000 for BOTH rackets)? Memorize that number. In this case, memorize 50000. Focus on the NUMERATOR of the fraction of your racket earn; that's the number you need to memorize. So if your racket earn is like in my case where I have a racket earn of 44000/60000 in the Car Theft Racket at Tickfaw Harbor once I took it over and assigned the district to a underboss, then memorize 44000. It's always the NUMERATOR of the fraction of your racket earn that you need to memorize and therefore need to change.

4. Upon memorizing the number, Alt + Tab the game to minimize it and go back to Cheat Engine and type down the number (no comas between zeros or other numbers) in the "Value" box on the upper-right side of the Cheat Engine user interface. Change the Value Type to "Float". Upon doing both of these, click "First Scan".

5. Upon clicking "First Scan", you will now see a list of values to the left of the "Value" box where you typed down your Underboss's earn for that racket (which was 50000).

6. Click on one row of values. You'll know when you did when that row of values becomes covered and highlighted in blue (but the values are still visible of course). While the row of values you clicked on remains highlighted,  press Left Shift + End. This highlights all the rows of values from top to bottom.

7. Right-click anywhere within all the selected rows of values highlighted in blue and select "Change value of selected addresses" and change them to any value you desire. To be safe so that the game won't break or something, stick with values within the double-digit millions range. Specifically, do NOT go any higher than 99,999,999. In my case, I changed all the values highlighted in blue to 5000000 (see pictures).

8. YOU'RE NOT YET DONE SO DON'T CLOSE CHEAT ENGINE. After making the changes to your Underboss's earn for that racket, go back to Mafia III. You won't see the changes take effect immediately and work correctly in the game just yet, but you will see your Underboss's Current Earn value change by unpausing the game and pausing it again and going back to Assets>Cassandra/Vito/Burke Profile>Rackets & Intel.

9. Go back to Mafia III gameplay and move around for a while or do something that will trigger the autosave feature of the game (you'll know it autosaved when you see the Mafia III loading icon appear in the upper-right corner of your screen while playing). This is important so that the changes to your Underboss's Current Earn will be saved.

10. Once it's saved, exit the game via pausing the game and going to "Game" and choose Exit Game. Exit the game this way so that the game will save your progress once more, just to be sure.

11. Open your Mafia III again and viola! You've just unlocked all the upgrades in the upgrade path of your Underboss. Repeat steps 1 - 11 once you meet and help Vito and Burke take over their respective areas.