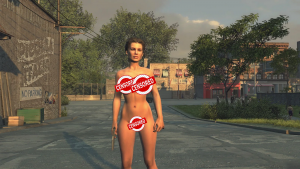 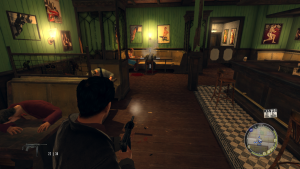 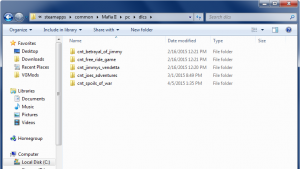 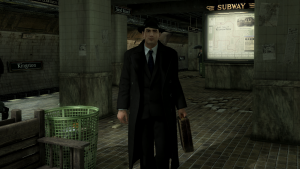 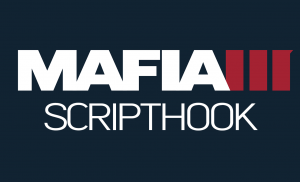 Badyorko has released a new update to his famous mod

On our forums, the Mafia III modding scene is beginning to take shape, and excitement is building as the scope and potential for mods continues to grow. The latest milestone involves the ever-popular usage of scripts to make games behave differently with the push of a button – talented modder Barzakh has released the latest version of his Mafia III Script Hook which introduces new functionality. If you’ve got a script up, please update it!

Right now we’re mostly limited to scripts, but it’s an excellent start as it shows the potential of Mafia III modding. As promised, I took a personal hand to KNGR‘s HUD tool and created a script which gets rid of the rear view mirror and speedometer to demonstrate the modding possibilities when it comes to adjusting controversial creative decisions made by the developers. As soon as an SDS (simple data storage, Mafia III’s base structure) toolset is released, we’ll be able to get into the archives of the game and make traditional mods that permanently alter the way the game looks and/or functions until you uninstall them – no button pressing required.

Currently many Mafia fans are turning to the modding scene to see if the game’s functionality can be modified, in part due to the plethora of differences in vision between the community and the game’s developers. If you have a request for a mod that you’d like to share with the community, please do not post it in another mod’s comments or on reddit. We instead invite you to visit our new Mod Requests section to submit your request or see what others are asking for. If you would like to participate in an active modding discussion to offer your own modding insight, visit the Mod Creation section. There are other sections that cover other tings you may want to discuss pertaining to Mafia III modding, so be sure to visit our forums to get in on the discussion.

As promised, the patch slated to remove the controversial 30 FPS lock has been released via Steam. It is still not known why the game was released with a lock on the framerate when the team was able to ready a build supporting higher framerates and release a patch days after launch. Regardless, it’s a good thing that this patch will get the Mafia III port up to par with most other 8th gen ports, which is relieving but also disappointing because of how great the Mafia II port was. It’s a shame that the series has gone from being a PC exclusive series to viewing the PC platform as something of an afterthought, and it’s a good thing that fans are pushing for patches to bring the game up to Mafia II levels of port quality.

Many Mafia fans are currently saddened by the fact that the slew of technical issues that are plaguing Mafia III at release are preventing gamers from enjoying the reportedly fantastic story and characters. It’ll be difficult for PC gamers to properly appreciate the game Mafia III is trying to be when the bugs, glitches, and persisting unforgivable technical decisions (low-res textures, bad AA, bloom issues) are getting in the way of the experience. Hopefully the team works quickly to rectify these issues before fans’ impressions of the game are set in stone.

Hot on the heels of the disheartening announcement that Mafia III will be capped at 30fps comes the actual release of the game. Five years after our beloved Mafia II hit store shelves the third entry of the series, set in developer Hangar 13’s version of 1960’s New Orleans, is now available worldwide to everyone who pre-ordered. While the change in setting from more traditional NYC-esque metropolises to a unique southern cultural hotspot will inevitably be an interesting one for the series, the inclusion of Vito Scaletta, the star of Mafia II, has surely convinced many fans of the series to give Hangar 13’s bold vision a chance. It’s worth noting that while Mafia III’s star is Lincoln Clay, Vito’s been in all three Mafia games, and while his role in the first game was small he’s been front and center in the latter two entries.

On the technical end of things, Mafia III may unfortunately undergo a troubled launch. While the game is already being praised for its captivating setting, interesting characters, and engaging storyline, it’s being panned on PC due to its dreadful framerate limitation. Thankfully 2K has not only acknowledged this but has promised a fix, which is apparently targeting a release of its own mere days after the game’s launch. The odd situation begs the question of why the game was not delayed for PC so that the developers could ready a build that supports higher framerates…or why the game’s marketing department didn’t forsee the framerate controversy turning into a debacle that would tarnish the game’s public reception at launch.

It seems that our previous statements regarding a fan-made patch may no longer be valid due to the strange announcement of an FPS fix that’s dropping within a matter of days, but that isn’t the end of Mafia III’s modding potential. There are already scores of players begging for script-savvy fans of the franchise to dive into the code and tamper with the many controversial creative decisions made by Hangar 13’s team, and we’re here to provide those modders with a database. We’re already looking at adding donation functions for individual modders among other exciting features to keep up with the ever-changing modding scene, so be sure to bookmark our site to stay in the loop for all things Mafia modding. We’ll be the first to report that someone’s clipped out that omnipresent rear view mirror or tweaked the police AI to behave more like Empire Bay’s unforgiving force.

A new statement on the official Mafia 3 website acknowledges that at launch, Mafia 3 will run at a maximum 30 frames per second on all platforms. As PC gamers, we know this is not an acceptable technical decision for the developers to make, especially in 2016, when the standard of console ports has finally begun to accommodate 60fps+ framerates, with many going above and beyond to support monitors with even higher refresh rates. With this announcement came a collective sigh from the Mafia community, as the series has historically run beautifully on PC, which was the lead platform of the original Mafia. While many of us have begun to warm up to Hangar 13’s unique creative vision for the series thanks to their inclusion of our beloved Vito, which has been met with thunderous applause from the community, this announcement will inevitably draw heavy, heavy criticism from games journalism and moreso from prominent PC-centric YouTubers.

The post vaguely mentions a post-launch patch which will “give players the option to play Mafia III at higher framerates” and no mention is made of a way to boost the framerate in the options menu, à la Street Fighter V. This signifies a hard 30fps cap, which is likely something that can be disabled via modding. For years fans have unveiled patches that allow players to unlock framerate caps; games like Final Fantasy X, Tales of Zestiria, even classics like Super Mario Sunshine have been tampered with to permit smooth 60fps gameplay. The ultimate question is whether we, the Mafia modding community, can beat Hangar 13 in upping that cap. It could take weeks or even months for them to drop their official patch, so if any member of the Mafia modding community manages to get a fan-made patch or hotfix online, we’ll be the first to provide it to you. We feel optimistic about the possibility of a fan-made patch and will be digging into the files day 1 to see if their statement that the game has the ability to run at higher framerates holds any credence.

Update: A possible weekend release for the patch has been confirmed.

Quick update for fans of our database – I have fixed all Mafia II mod pages. The “installation tab” is now back and all links work. When Mafia III comes out early October we hope to see an influx of users interested in downloading and uploading mods. Until then, I will continue to improve various aspects of the site and add new mods to our mod database for existing games of the series.