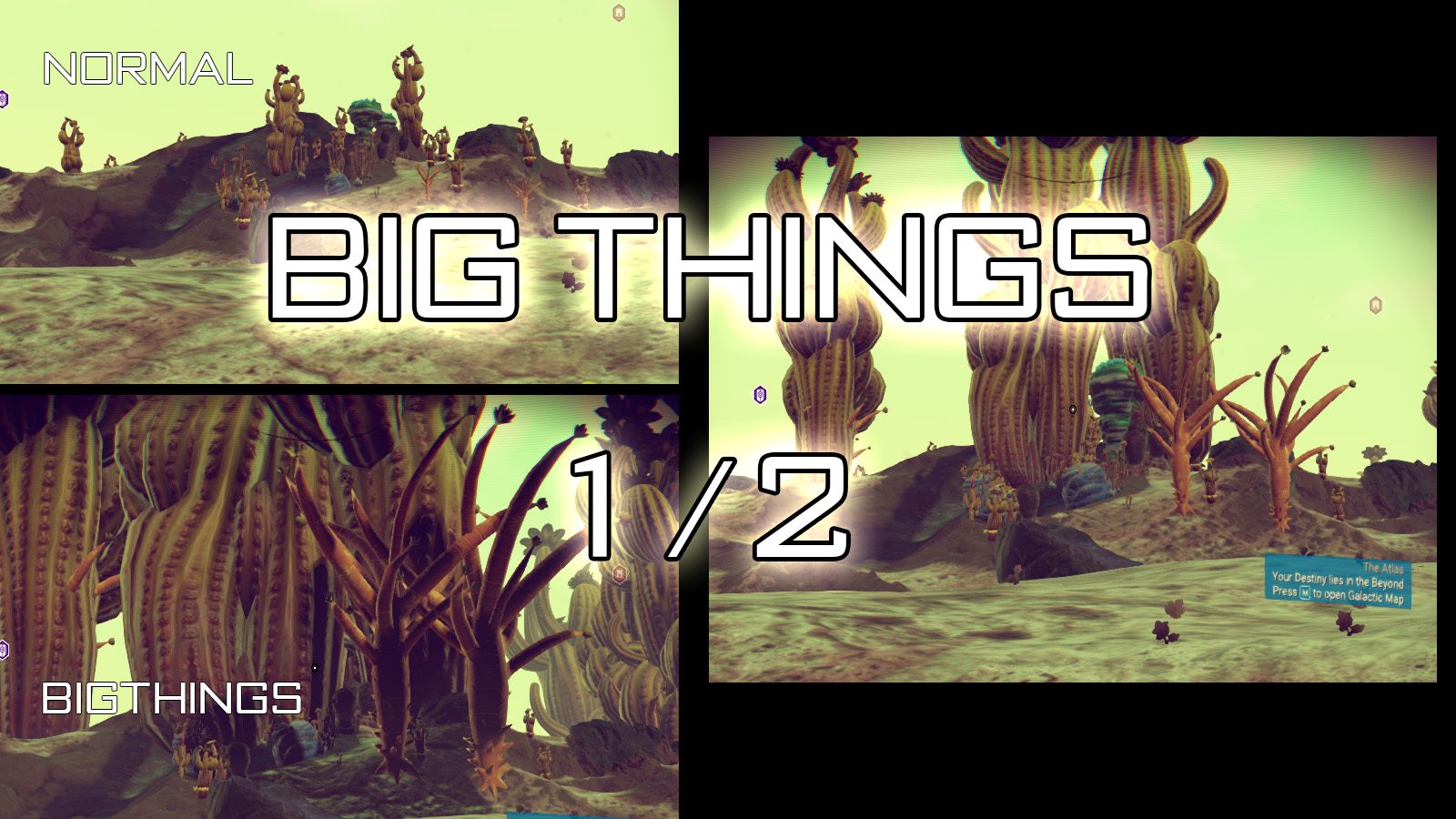 I've halved Bruce-Cambel's BigThings 2.0 which includes fixes to the LOD popping problems in previous versions.
as outlined below, this is a quick mathematical fix to limit the scaling of things to a maximum of 5x. It looks like Bruce's BigThings 2.0 doesn't contain as many gigantic 10x objects as version 1, and in all honesty this version 2.0 may no longer be useful.

I've included version 1 and 2 for you to try as you please.

version 2.o of this MOD scales objects as follows->

Like many of you I enjoy the fantastic look of Bruce-Cambel's BigThings mod, however it seemed to me that the mod was a bit too extreme. Some alien plants were reaching into the clouds. And under the normal state of affairs, things are too small. So like Goldilocks, we go for the middle!

This is a clone of the BigThings mod where scaling is reduced by approx half. This might be a value that can be manipulated elsewhere in the coding at random... but I'm no expert.

I reduced items as follows->

So far I've only been able to test on a few worlds. The effect of extreme pop ups is reduced! I give all credit to Bruce-Cambel, I merely replaced scaling values.

P.S. In the original game, it appears as tho almost every object is scaled to 1x.

Drop "_BigThingsHalf_ver2_4.pak" or one of the previous versions into your PCBANKS directory

Be sure to remove any other BigThings versions.