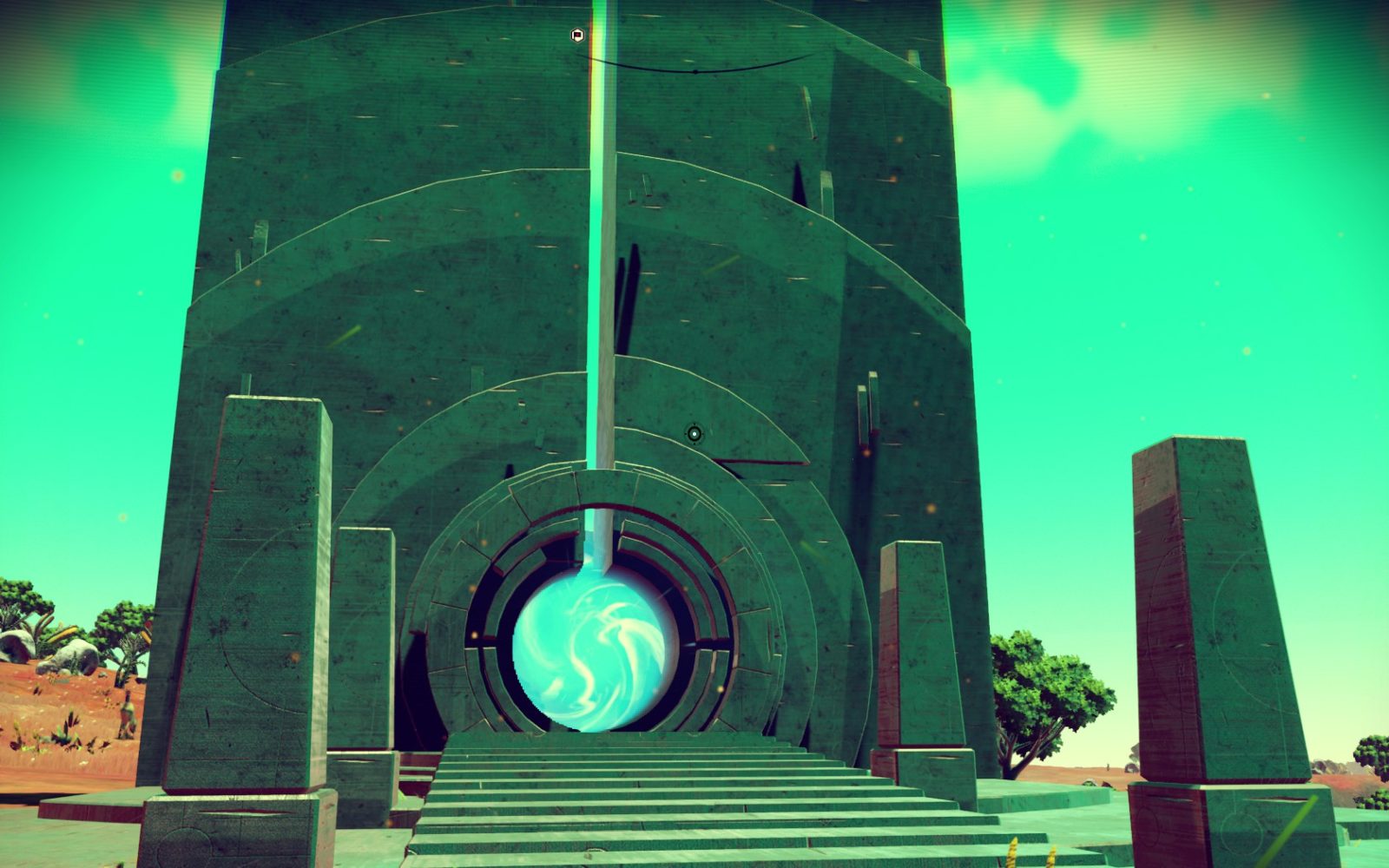 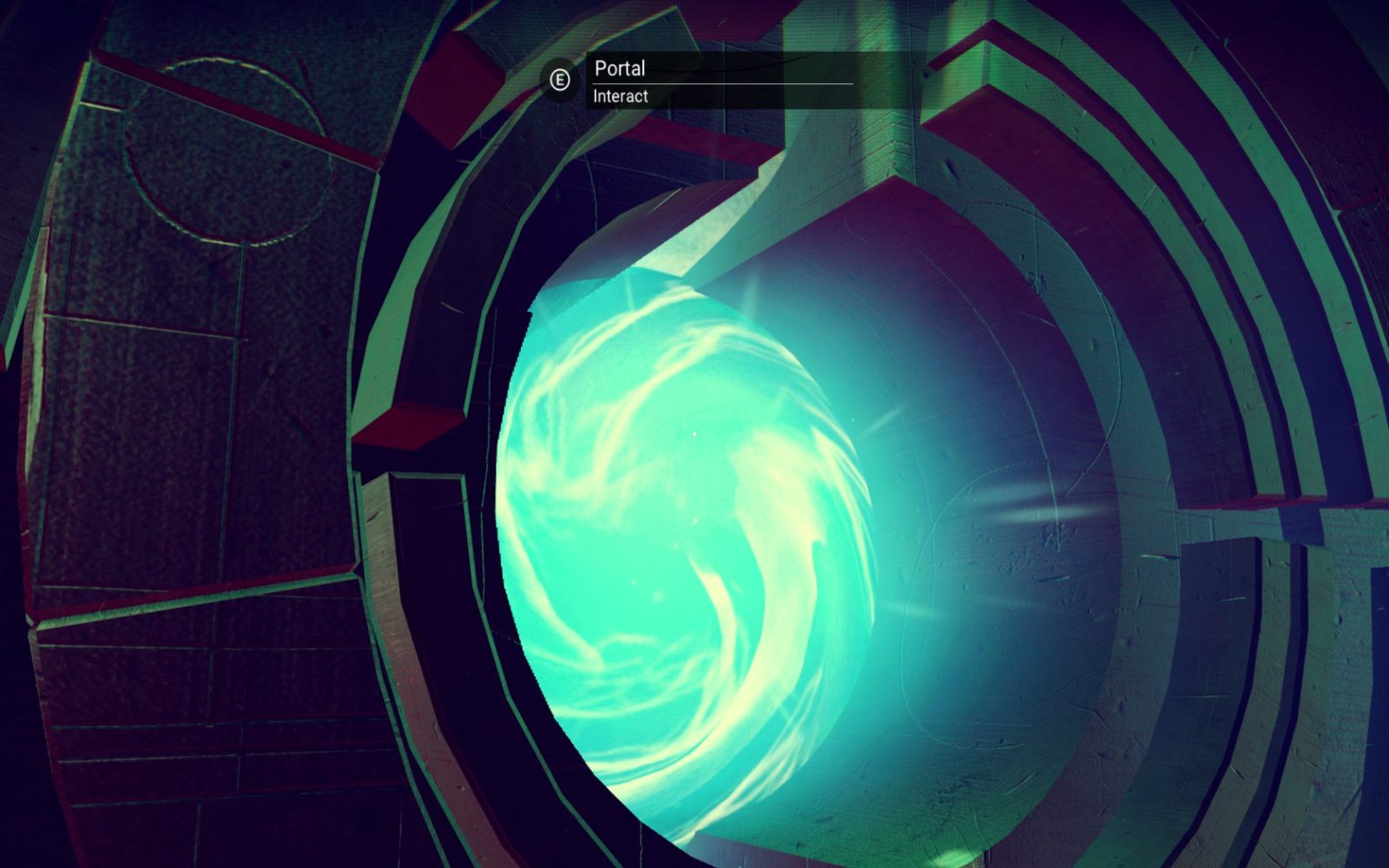 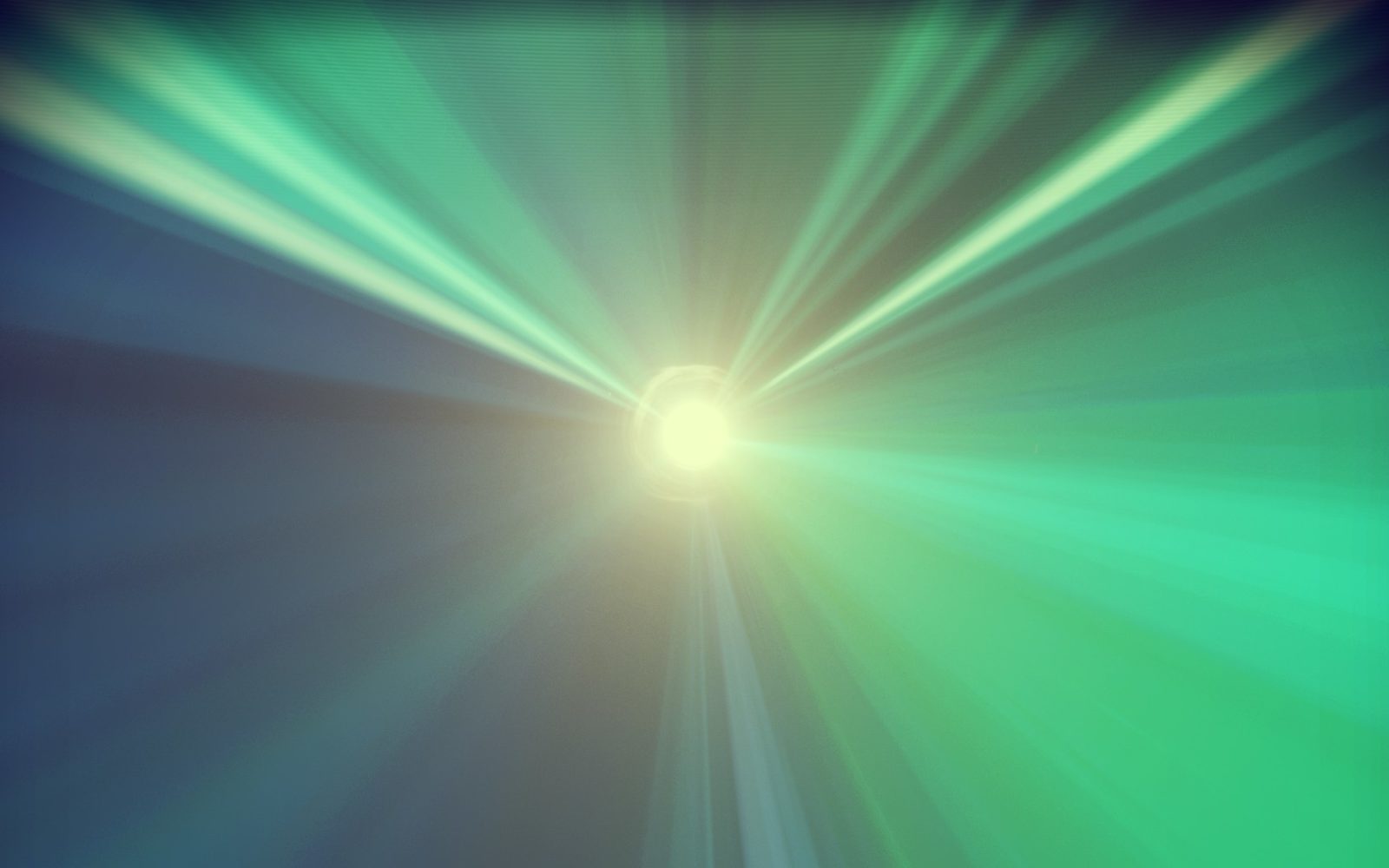 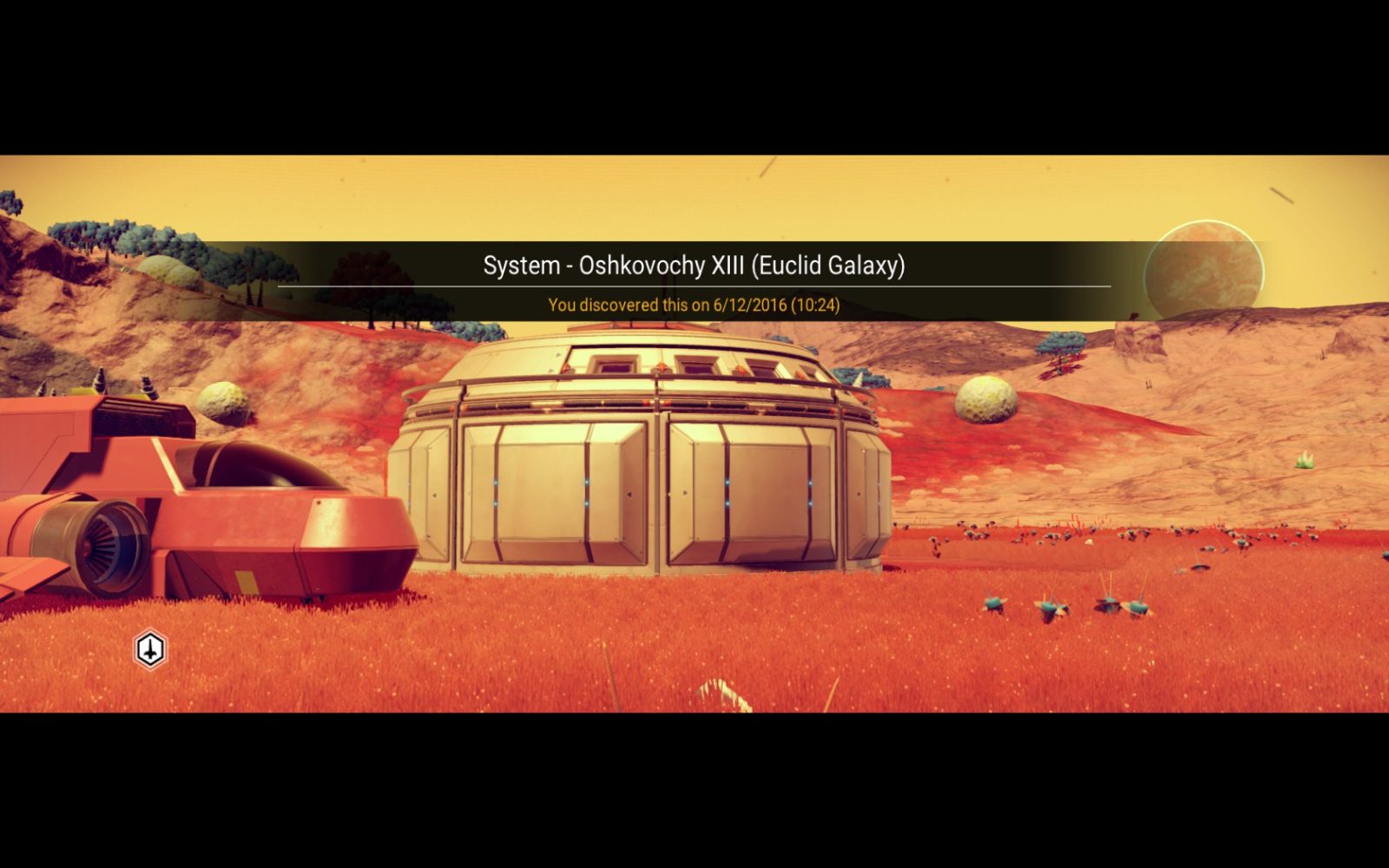 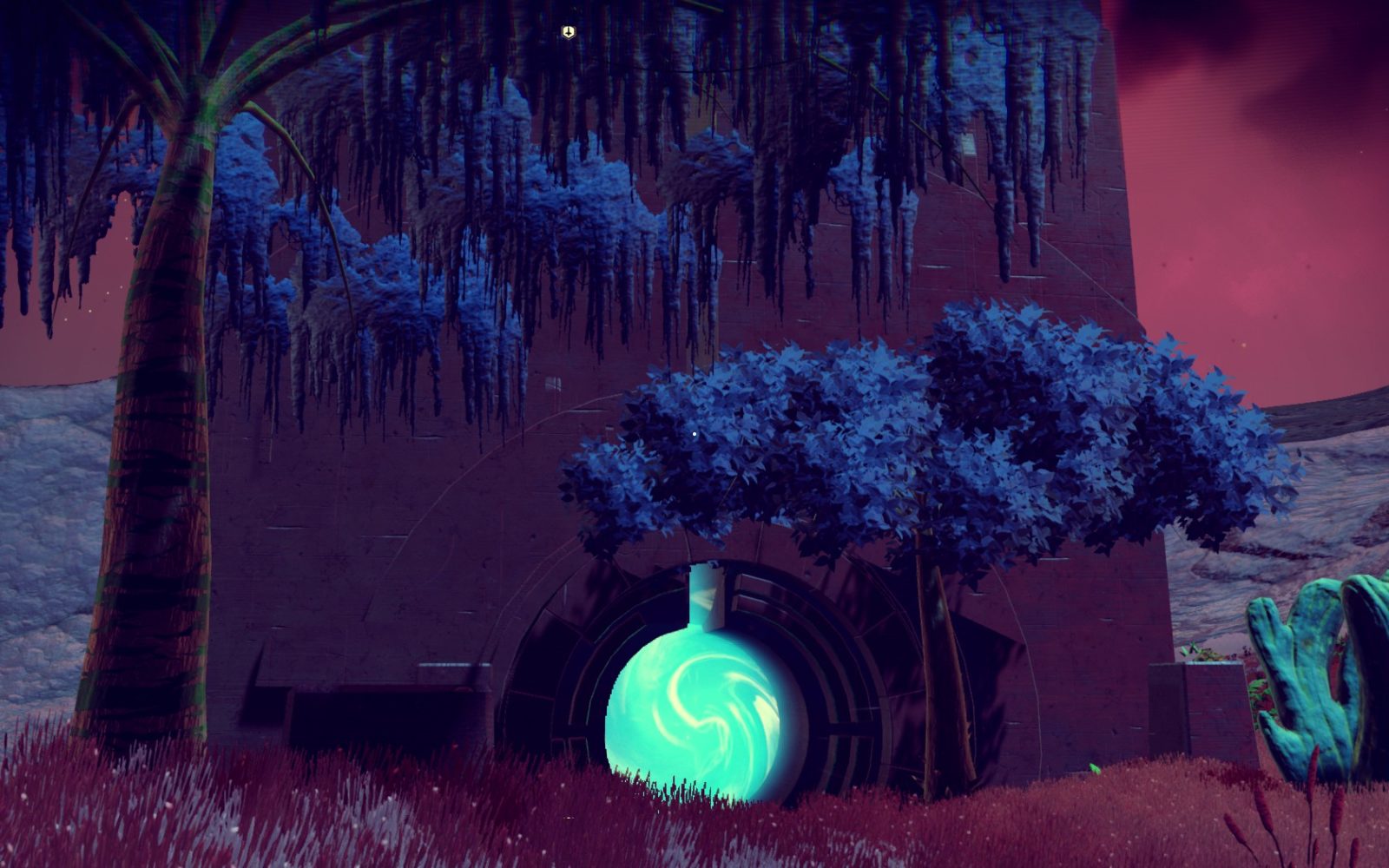 This modifies the portals so that they are now functional. There was  mod before the update that did something similar, but this gives them functionality much more like they probably should have.
There are a bunch of extra files in the pak from testing, most files aren't necessary, but shouldn't clash with anything, so it will be fine.
If you find a portal it will already be activated (sorry, had a lot of trouble with the ActionTriggers, they just wouldn't behave!!). If you walk up to the glowing swirl you can interact and will be taken to a different system.
Note: The location you go to is determined by the planet you are on, ie. the destination is a constant. Go through the portal again and you will go to the exact same spot.
Note 2: I didn't actually test this mod on a naturally appearing portal, I hacked it into the base building table for testing. There is no reason that this wouldn't work, but if you come across a portal in the wild and it isn't activated, let me know!

After getting the PLANETBUILDINGTABLE to again successfully decompile with version 1.1, I realised I could make portals more common. Inside the pak are 3 further files now which will make portals 5, 20 and 100x more likely to appear. Even on 100 they still aren't crazy frequent!

Note that they don't seem to like having an area cleared around them properly for some reason, so it might have part of it off the ground, but because if it they might have trees and stuff growing right up close to them as you can see in a screenshot.

Now you're thinking with portals!