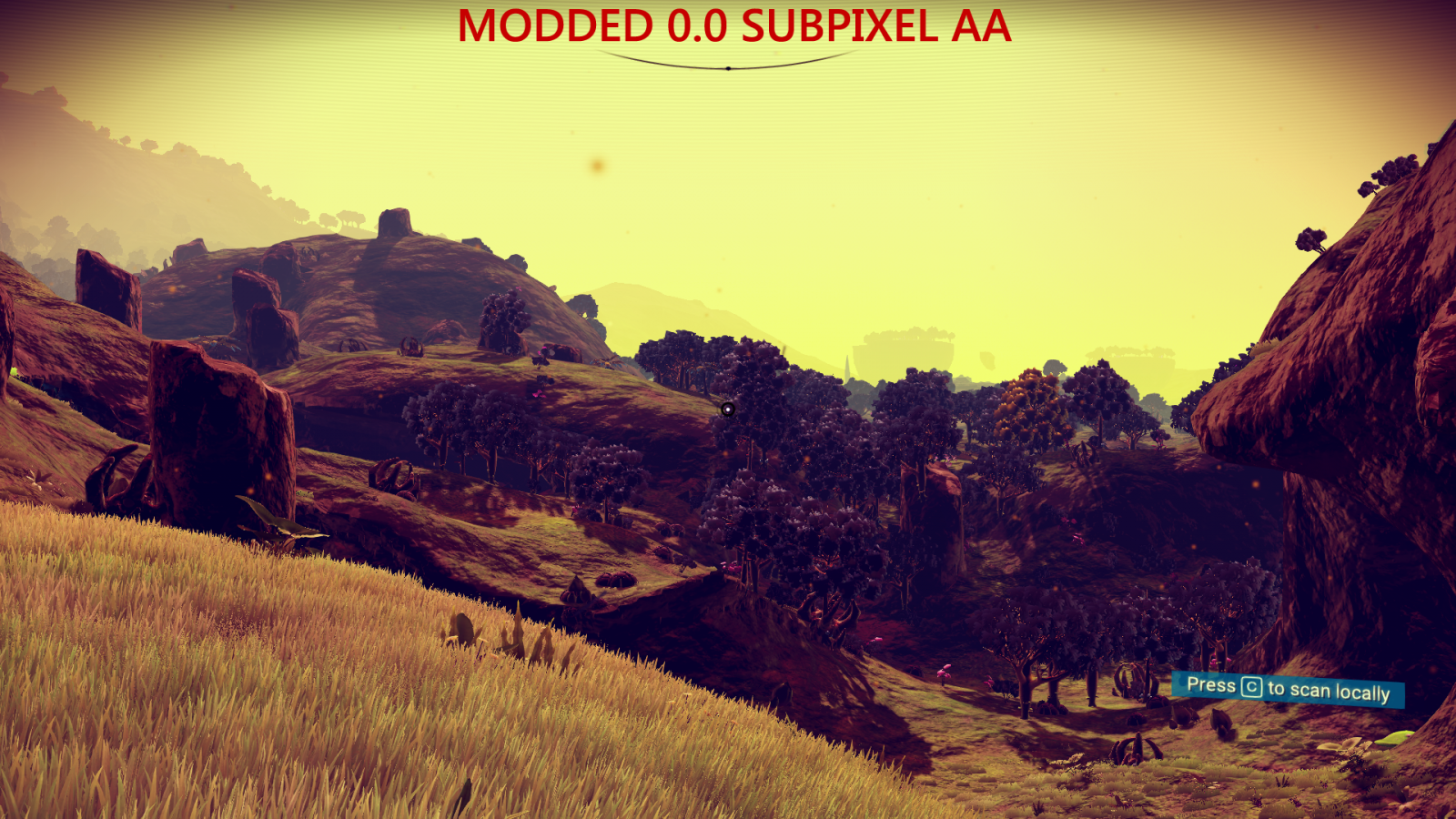 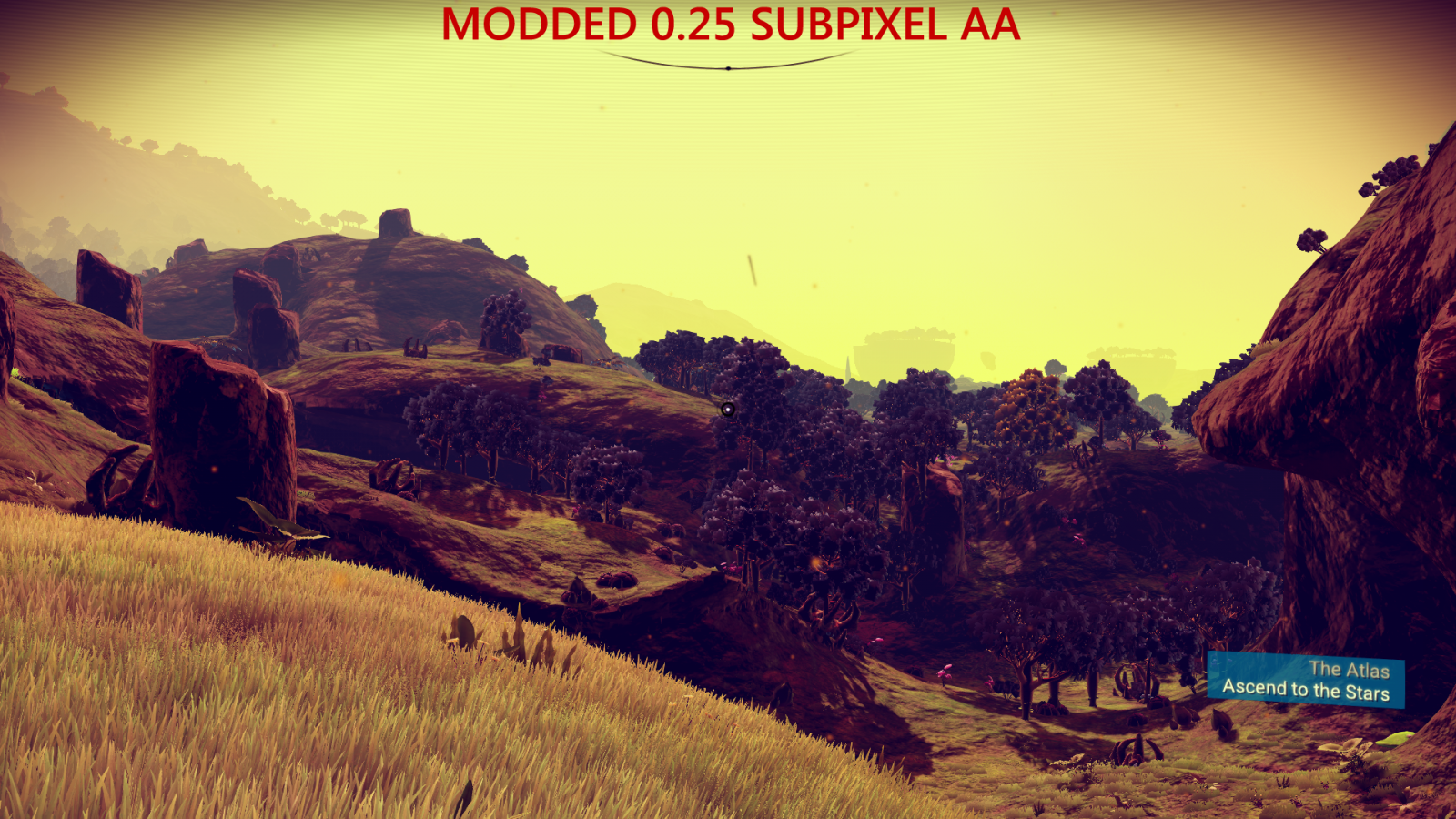 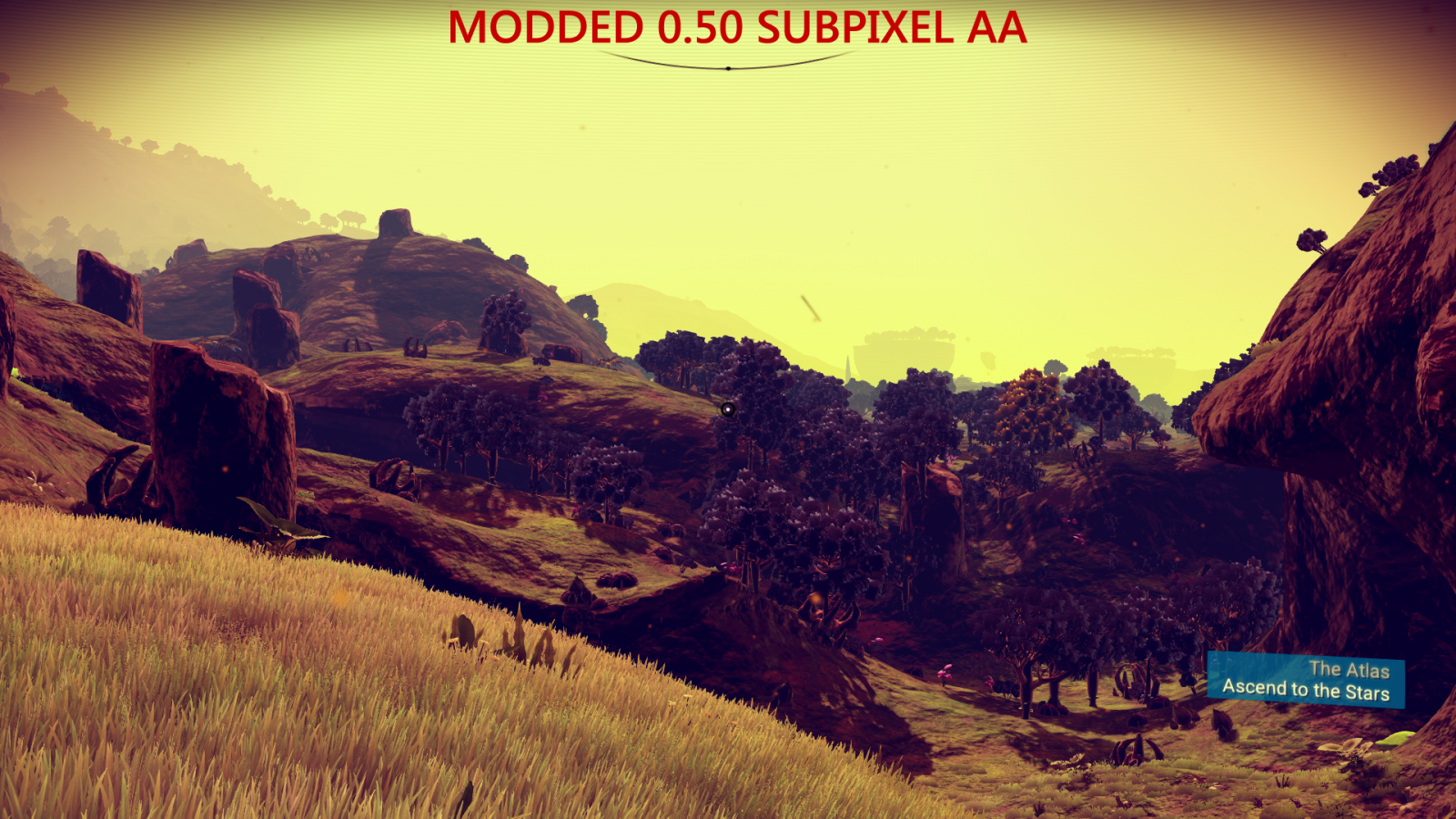 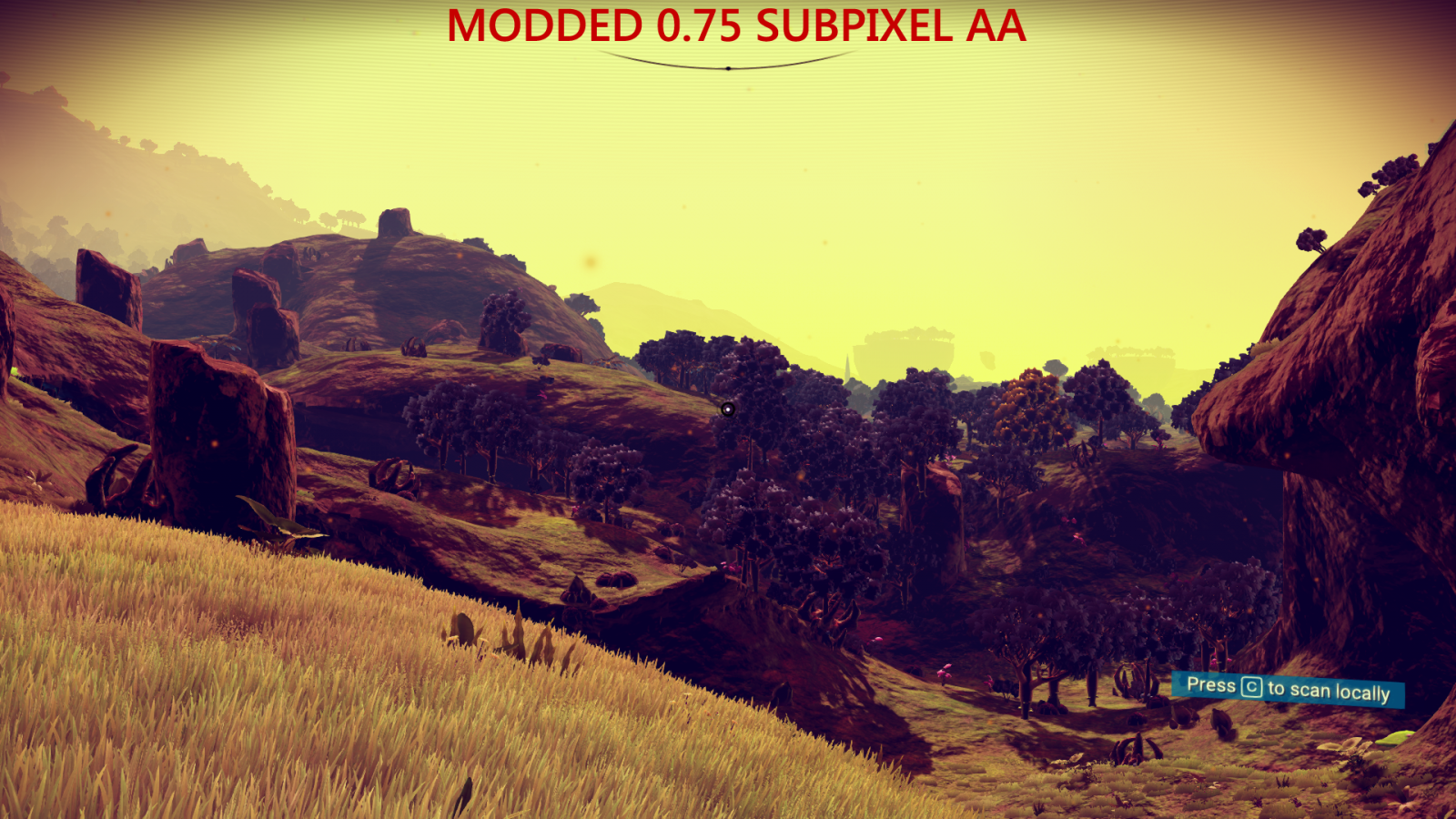 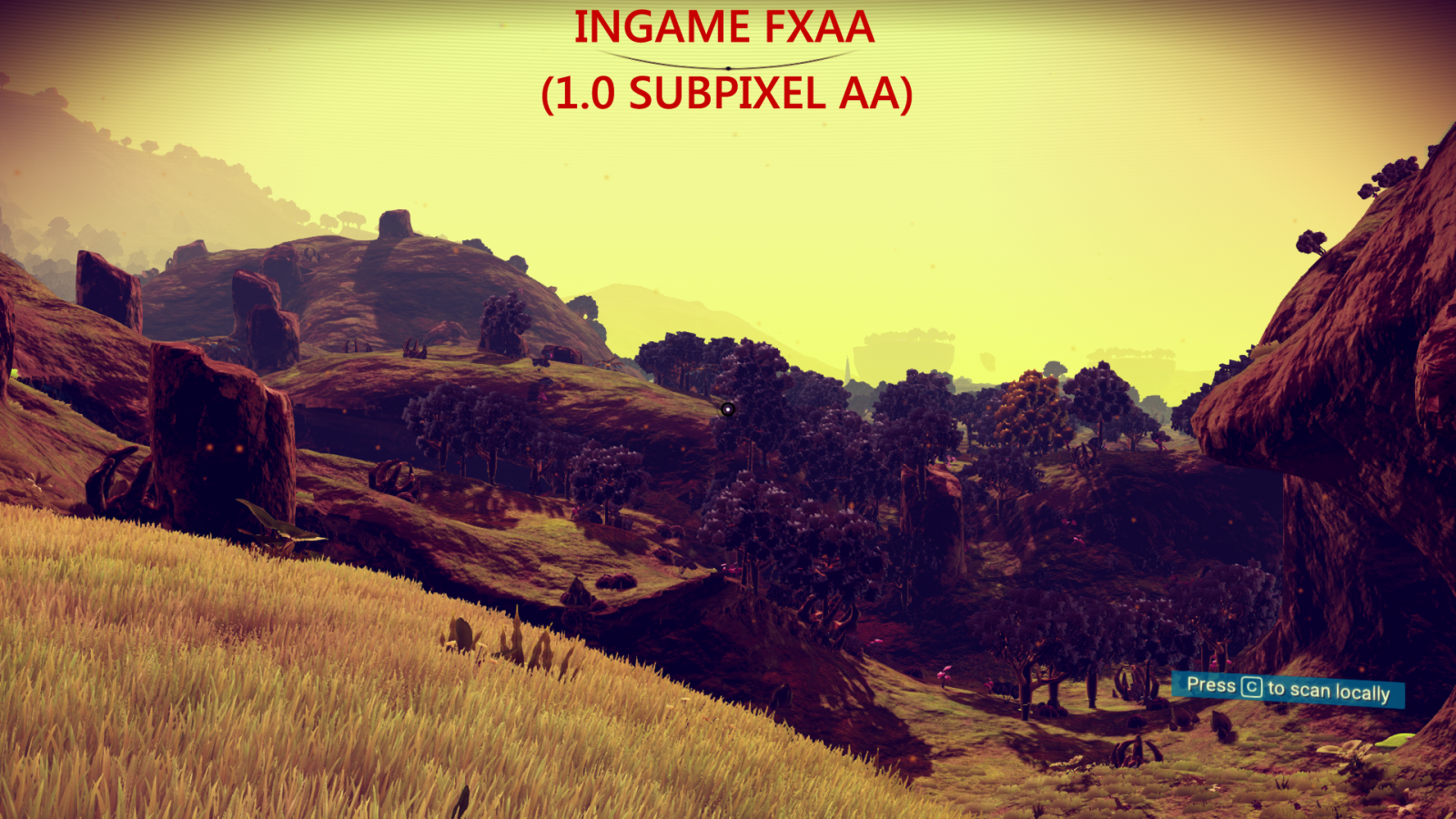 The FXAA.h file included in the game is based off of version 3.9 and only uses 6 total passes.  You're also stuck with max subpixel aa even if you don't like/want it.

I used that file as a base, and added the changes present in the latest FXAA 3.11 version, set it to use the Extreme PC settings for 12 total passes, and then applied the default settings commonly found in reshade/sweetfx (which are perfectly fine).  You have the choice between using 0, .25, .50, .75, and 1.0 for subpixel aa.

WHY:  Because there's a problem somewhere between my video card's opengl drivers and NMS's engine which causes flickering/strobing in certain situations when I inject reshade into the game, and the game's FXAA shader is too low quality for me (no offense).  But let's say reshade works fine for, why would you use this over just injecting fxaa?  Well, one advantage is that it won't affect the text in your inventory screen like injecting through reshade would.  That's really all I got... everything else I thought of is pretty minor.

Comparison screenshots are up.  Which one is good for you depends on how much subpixel aliasing you can live with, how much blur/smooth you can live with, your native resolution, whether you're downsampling, etc.  The usual.  I normally prefer SMAA for subpixel aa, but that's not working correctly in this game for me at all.  I might be able to hijack an ingame shader for it, but I doubt it, because it'd probably already be an option for us if it was that easy (probably).

Modded FXAA settings (EXTREME QUALITY -- yes, that's actually what the preset is called in the 3.11 code):