Mods Gameplay, No Man's Sky: NEXT, Other JetPack OverHaul 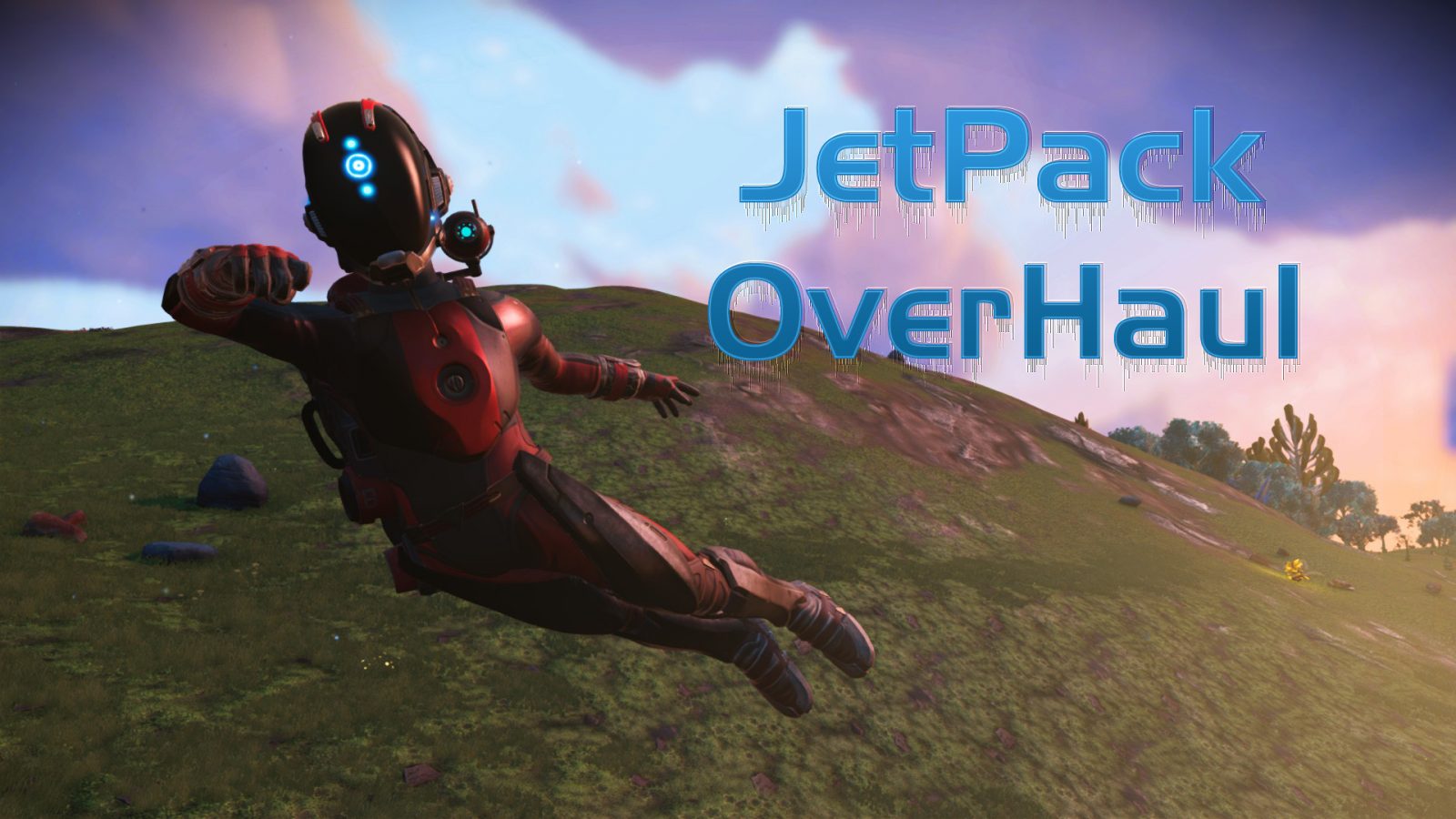 I've spent 20 years playing FPS+Z games mostly the Starsiege: Tribes series and other games like it.
NMS really faltered on the jetpack mechanic in comparison to other games that feature jetpacks so i
decided to try and make it a more enjoyable part of the game.

This mod makes the jetpack feature in NMS a more viable transportation method and overall improves how it functions.
I've adjusted the values to make jetting more flowy and fun, It's a rocket strapped on our backs why is it not fun in
the first place?

1. Extract contents of RAR file to desired location
2. Drag _ATaXiA.JetPackOverHaul.X.pak into your "No Mans Sky/GAMEDATA/PCBANKS/MODS" folder
3. Remove or rename DISABLEMODS.txt in PCBANKS folder

To Update remove old file version and replace with newest version. Use only ONE Version

*NOTICE* Will conflict with any other mod that modifies "GCPLAYERGLOBALS.GLOBAL.MBIN"

RaR contains both Regular and Unlimited, Use Only ONE.

Enabled Free jetpack mode upto 3000m (Same effect as climbing a cliff with no fuel, minus needing the cliff now)

Slight increase to consumption for balance

Increased jetpack force and speed, no longer feels like you weigh 8 tons when trying to jet