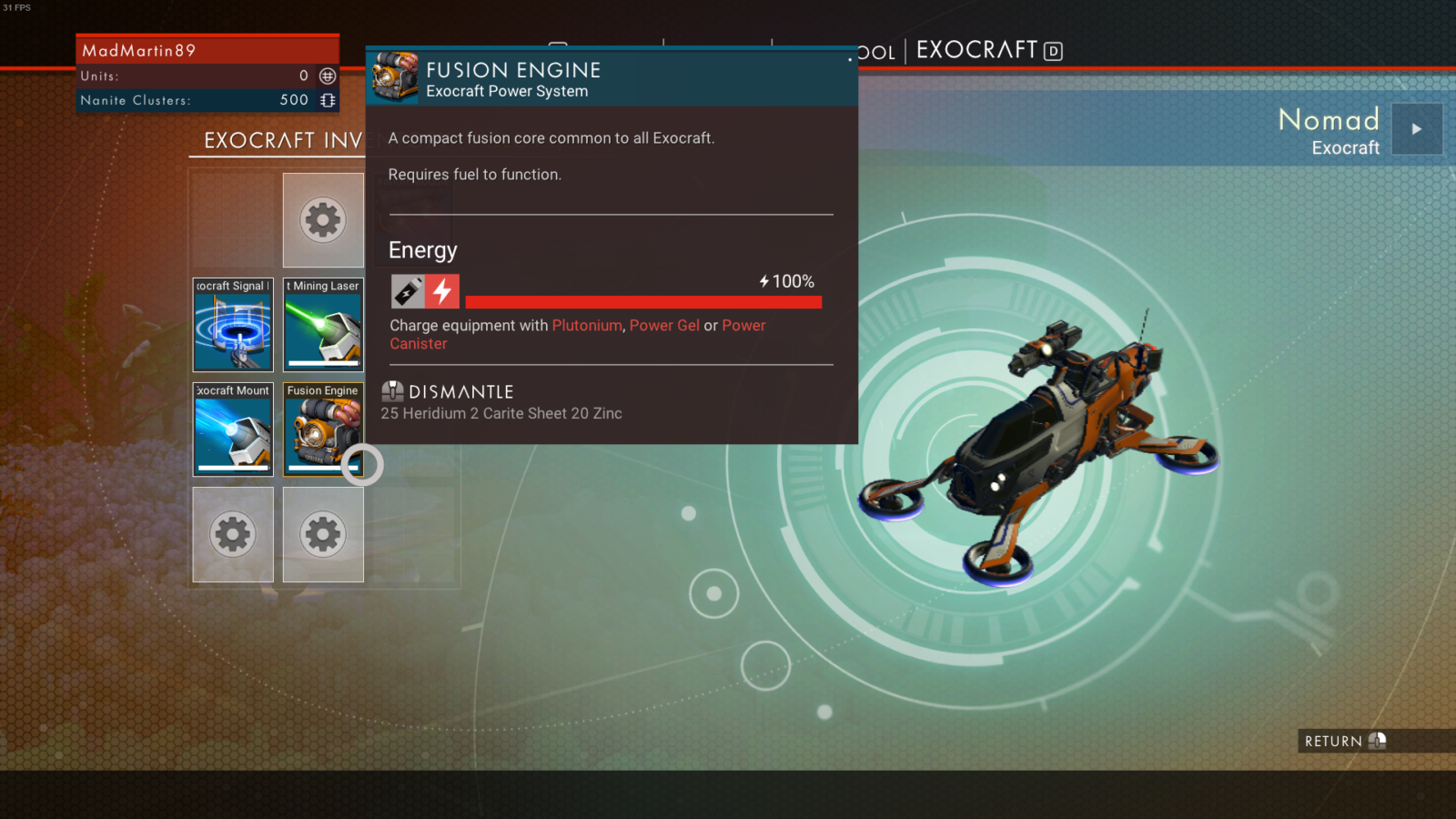 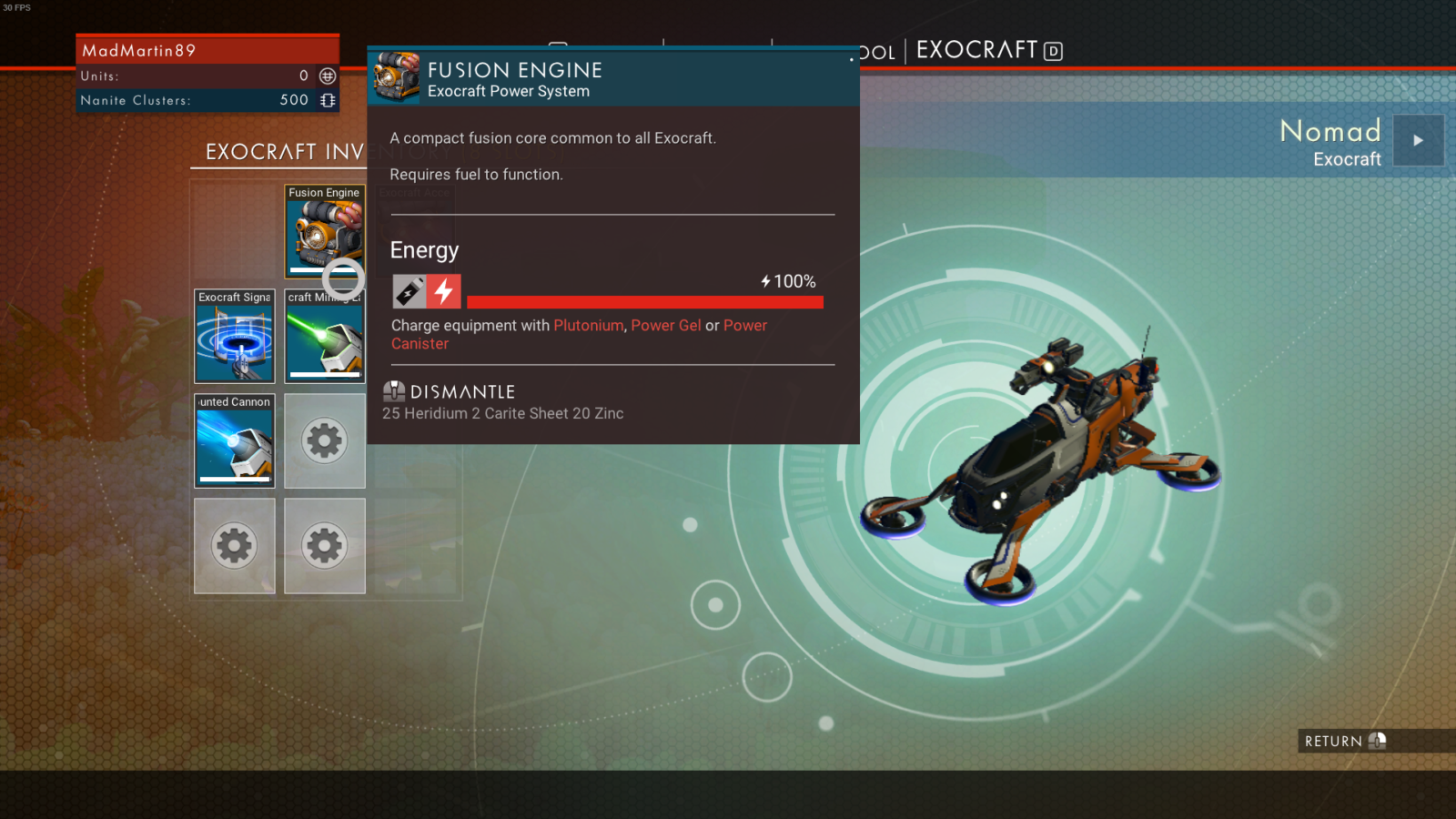 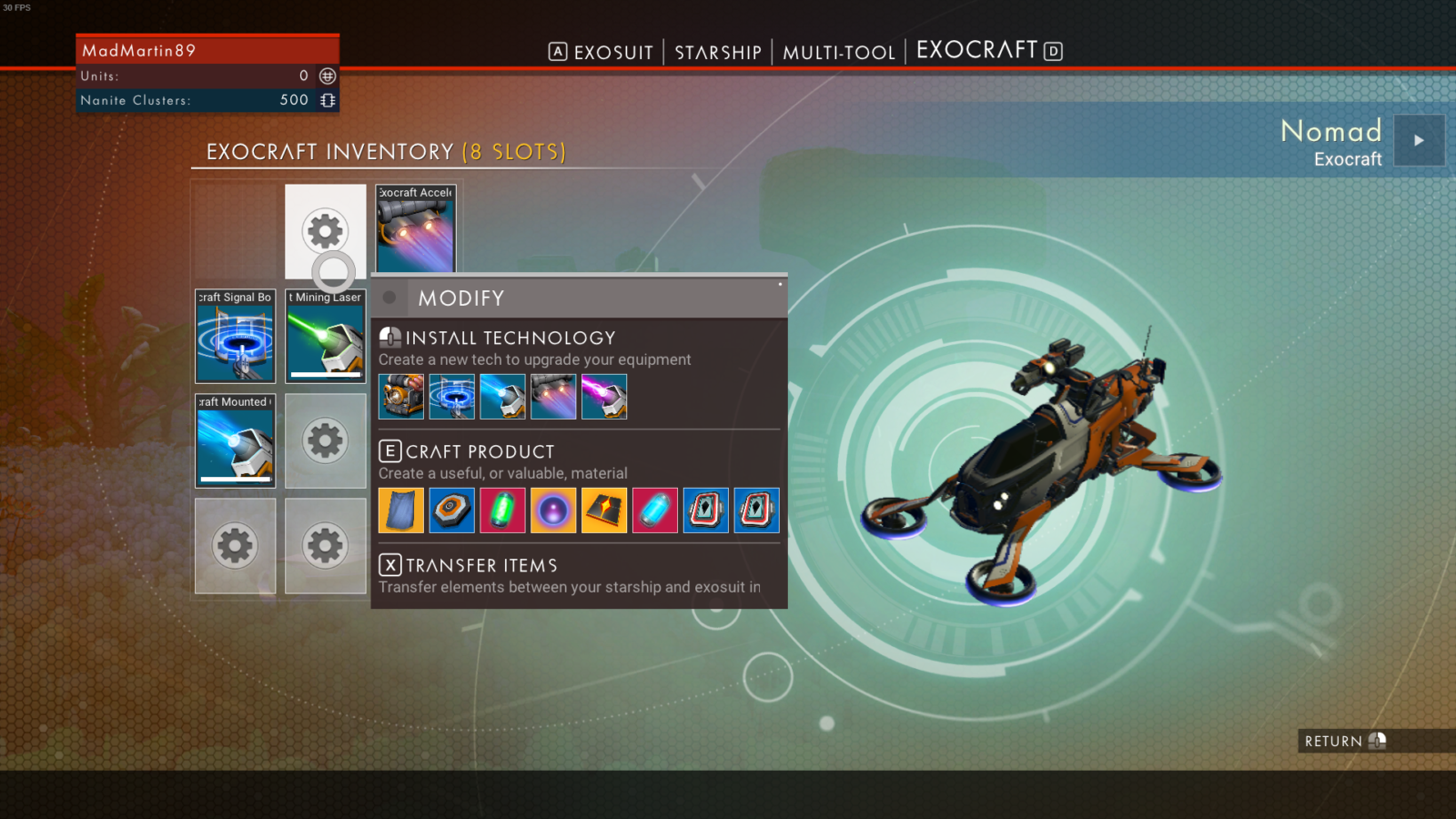 This mod was created with a HUGE amount of help from monkeyman192! He edited portions of the code and coached me through a fair bit of the rest. If you wanna check out his mods, or are interested in getting started in modding and wanna use the tools he's made, check out his page!

This mod is based on the pre-Foundation mod _MOD_DismantleCoreTech by locastan on the No Man's Sky Nexus. Sadly, that mod has not been updated, so I have taken it upon myself to make a mod that does basically the same thing.

What this mod does is allow you to dismantle the Core Components, such as the Life Support and the Launch Thruster. it also unlocks the blueprints for these core components so you can rebuild them into any slot you'd like. No more getting locked out of connecting your upgrades to the component they go to just because another component is in the way.

This mod has two versions! The first is one that gives you all of the core blueprints, and the second just lets you dismantle core components. The first version works best on a new game file, as the unlocked blueprints won't be available on a preexisting file. This is because the first version unlocks them by editing the DEFAULTSAVEDATA and DEFAULTSAVEDATACREATIVE files, which affect the game state at the beginning of a new game. If you don't want to start a new game, you can use the version that does not unlock the blueprints. This will mean, however, that you'll need to find the blueprints in the universe before you will be able to reinstall those components.

Additionally, I've sadly had to remove the option to dismantle the Deflector Shield on the ship. It was causing an issue where if you dismantled it while in the ship or entered the ship while it was uninstalled, the game would crash. Monkeyman192 and I discussed the matter and we can only guess that there's some value that the game tries to read when you enter the ship that's tied to the Deflector Shield. If the shield's removed, the game can't get the value and crashes. My best guess is that it has to do
with the shield level. Most likely the game reads how much shielding you have when you enter your ship, and continues to do so as you're in the ship to keep track of changes like taking damage. The shield can't normally be removed, so the game probably doesn't have a way to deal with not being able to get that value and therefore crashes. Sadly, at this time the only way to fix this is to keep the Deflector Shield as a core component, which means it can not be dismantled. However, I've tested the other components and so far have not had any similar issues occur, so this will hopefully not have a serious impact on your ability to put your components and upgrades wherever you want.

The first version of this mod will conflict with any mod that edits the DEFAULTSAVEDATA, DEFAULTSAVEDATACREATIVE, or NMS_REALITY_GCTECHNOLOGYTABLE. This sadly includes any mods that alter your starting ship or multitool or change ship takeoff fuel costs. The second version only changes the NMS_REALITY_GCTECHNOLOGYTABLE, and so only conflicts with mods that alter that file. Sadly, this still includes mods that change ship takeoff fuel costs.