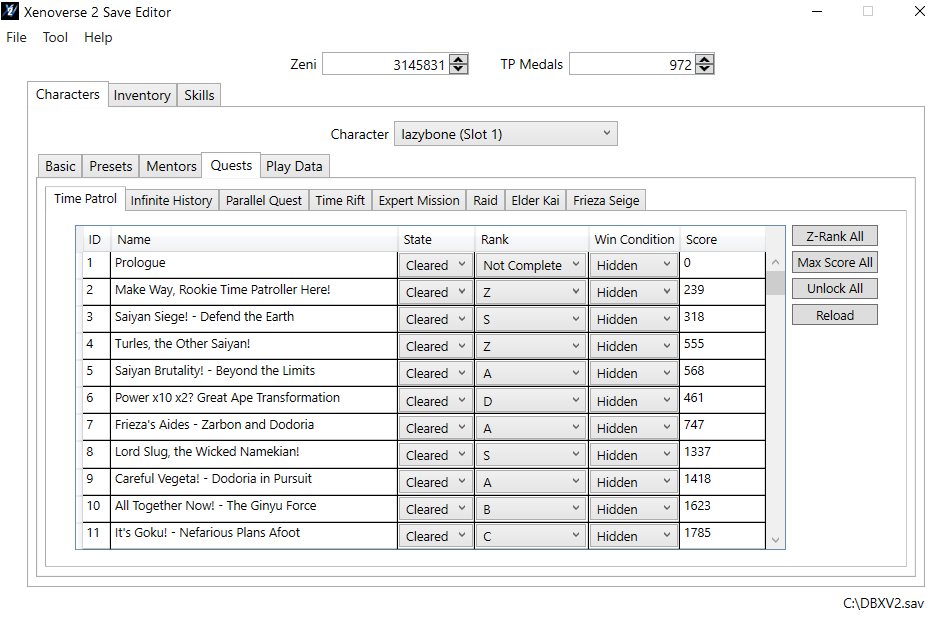 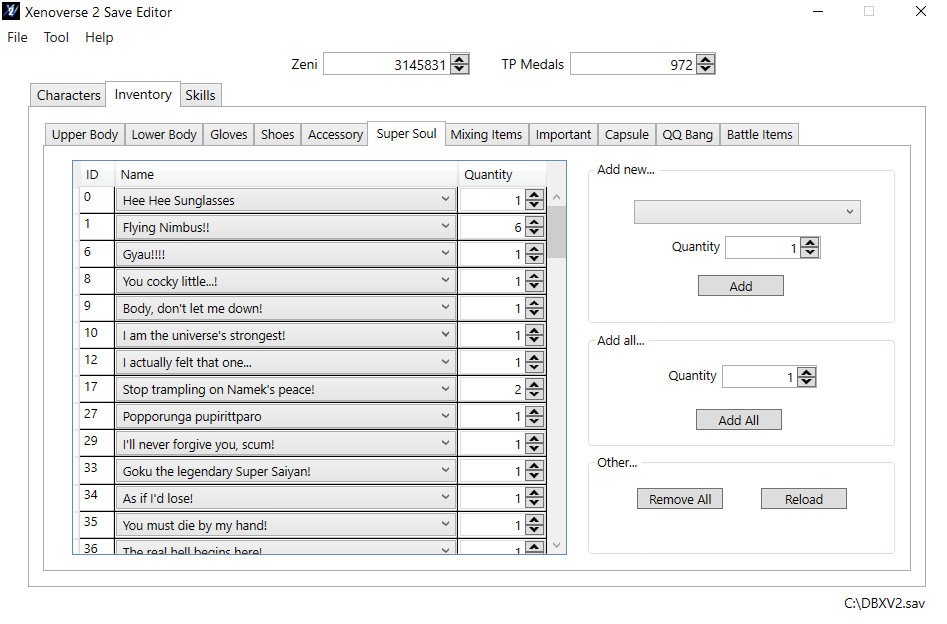 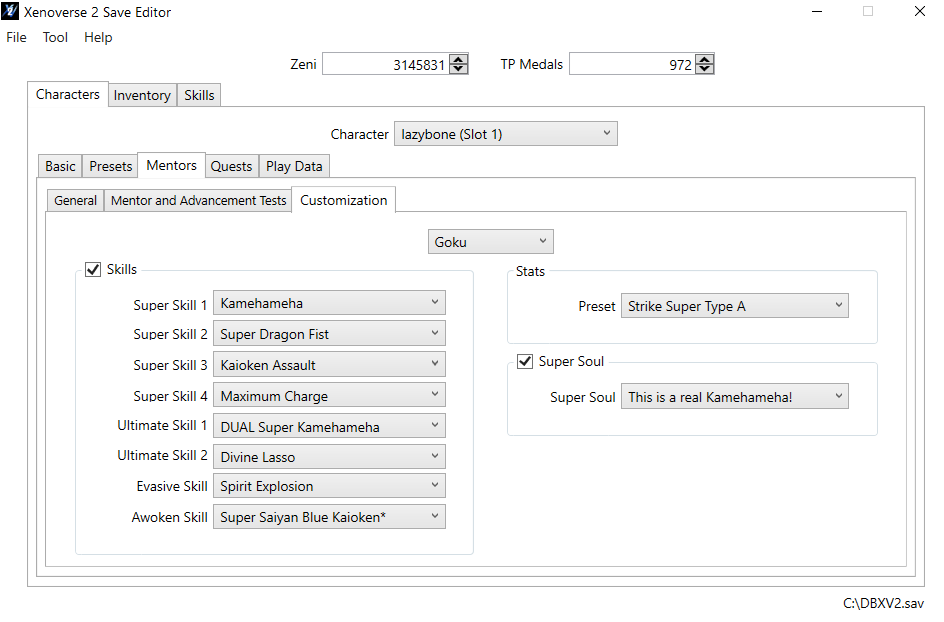 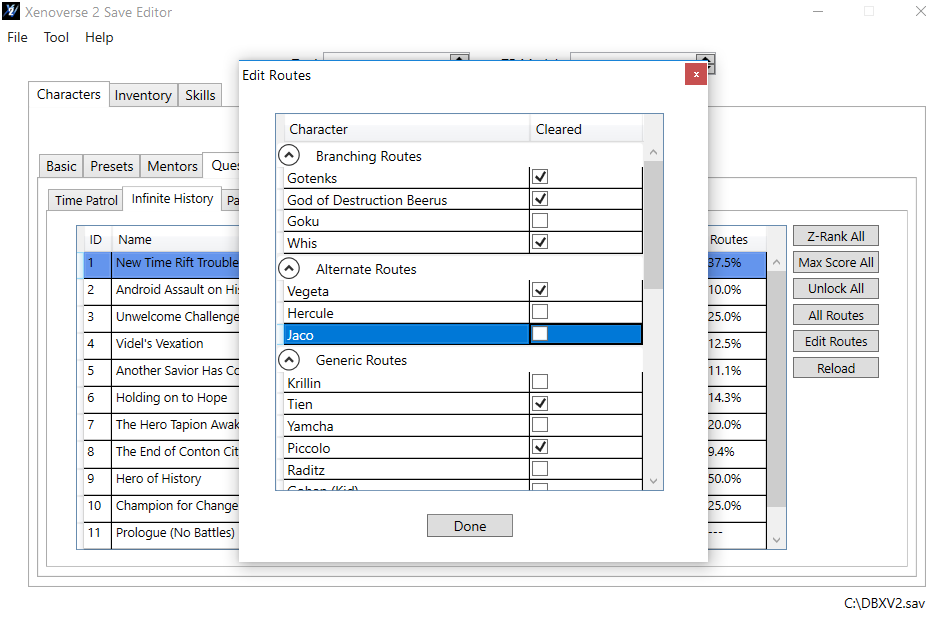 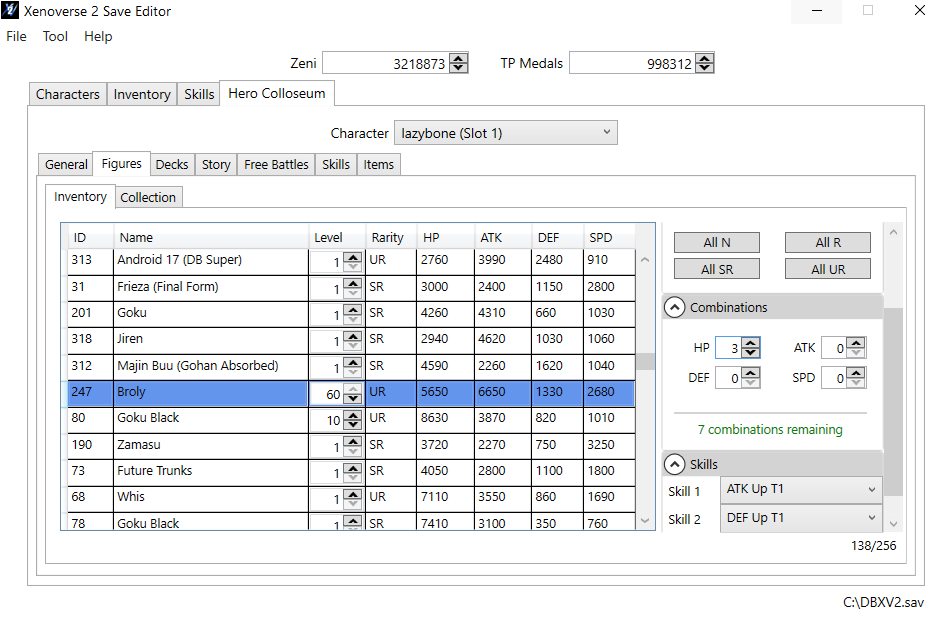 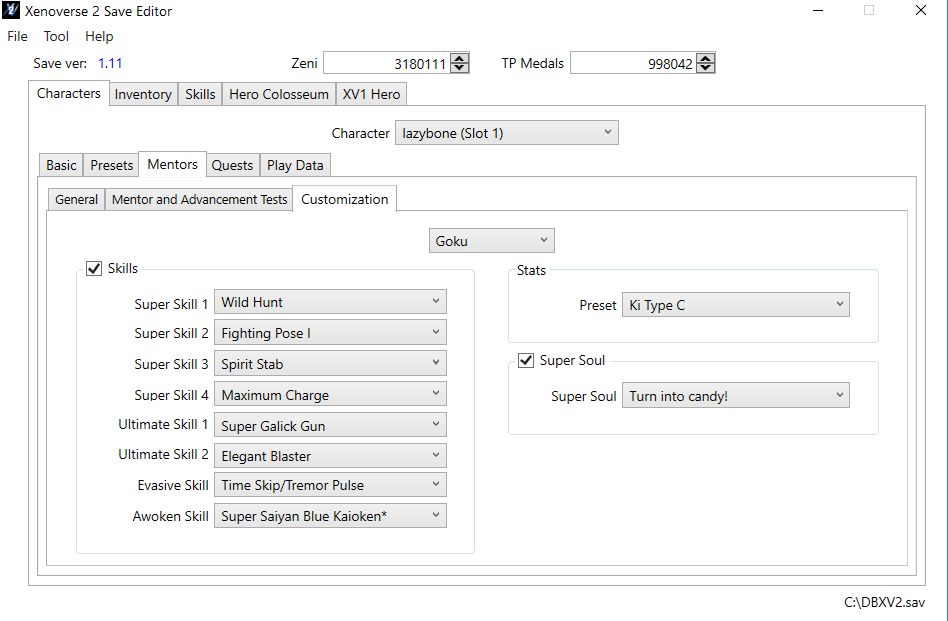 All of the following can be edited:

Any installed skill, character and quest mods are automatically supported by the editor, so long as the game directory has been set correctly (If it never asks for the directory then that just means the editor found it by itself). Name lists will be generated on the fly by reading the games files.

If the game directory was never set for some reason then the editor will default to using backups provided with the tool (in “SaveEditor/data”). Going this route will mean all mod skills/characters/quests will appear as “Unknown...”.

Q: Why isn't costume X or skill Y included? Can you update it?

A: No skill, costume, quest or anything else is included. I do not make lists of this stuff for it to appear in this save editor. Instead, the editor just loads all of this information directly from the game (which is why it might ask you set the game directory, if it didn't auto-detect it by itself, and why it has a short “Initializing” phase upon start up).

So with this in mind.. if there are missing items for you, then it can be because of the following reasons:

The save editor requires .NET Framework 4.7 to be installed. You can find it here.

Just load the .sav file directly with the editor. No need for any decryption tool.